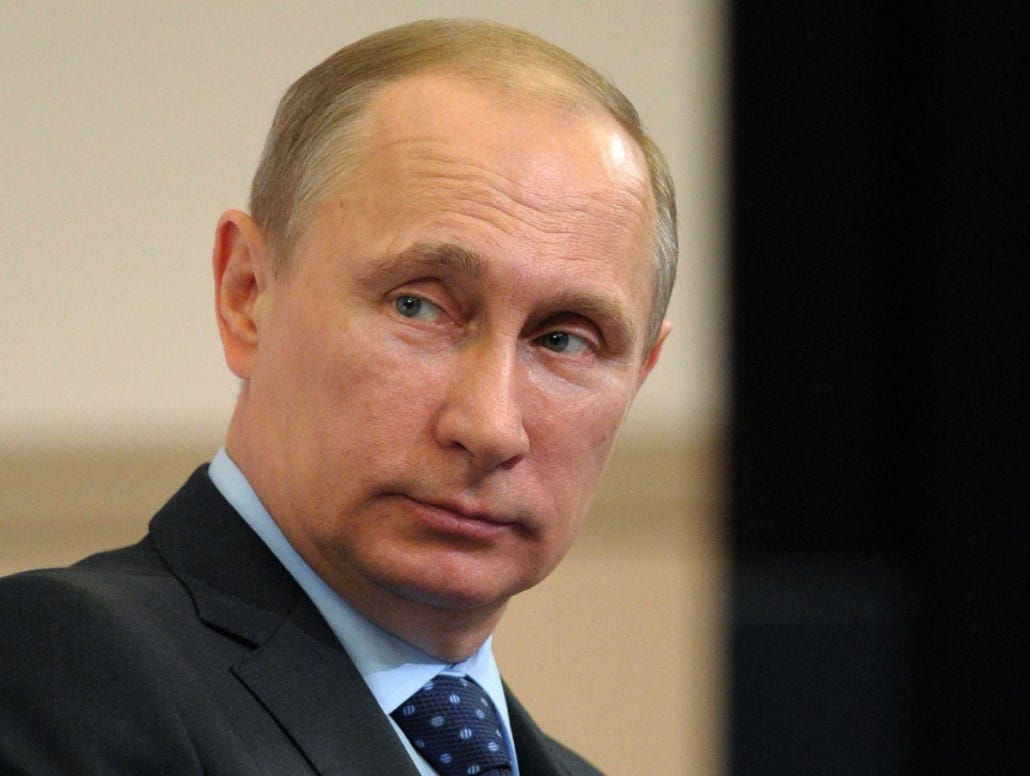 Fox News- Russian President Vladimir Putin sent Donald Trump a telegram congratulating him for winning the presidential election, the Kremlin announced Wednesday, as the reactions of many other world leaders ranged from shock to optimism.Putin told Trump he hoped relations between the two world powers would improve “from their crisis state,” officials in Moscow said. Still, he said Russia was not to blame for the chilly relations. He added that ties between Moscow and Washington must be “based on principles of equality, mutual respect and a real accounting each other’s positions.”

I’m not gonna sit here and pretend to know anything about Russia or Vladimir Putin or where his relationship with the United States is going to go now that Donald Trump is set to be our next president (still pretty wild when you put that into a sentence). I don’t know anything about that stuff. But this telegram business is just one big troll of Hillary Clinton and her email scandal, right? It has to be. I refuse to believe that Putin uses telegrams as his main means of communication with other world leaders. Telegrams is one step above carrier pigeons. If it is a troll, it’s a hell of a good one. It’s been no secret that Russia kinda-sorta-defientely had a role in hacking Hillary in one form or another. It was one of the main storylines throughout the entire election. And now Vladimir Putin just decides to send his congratulations in the form of a telegram? No way that’s a coincidence. He’s dancing on the grave of a person he partially helped destroy. If Putin wasn’t a dictator and the leader of a sworn enemy of the United States I might be tempted to say I kinda like the guy.