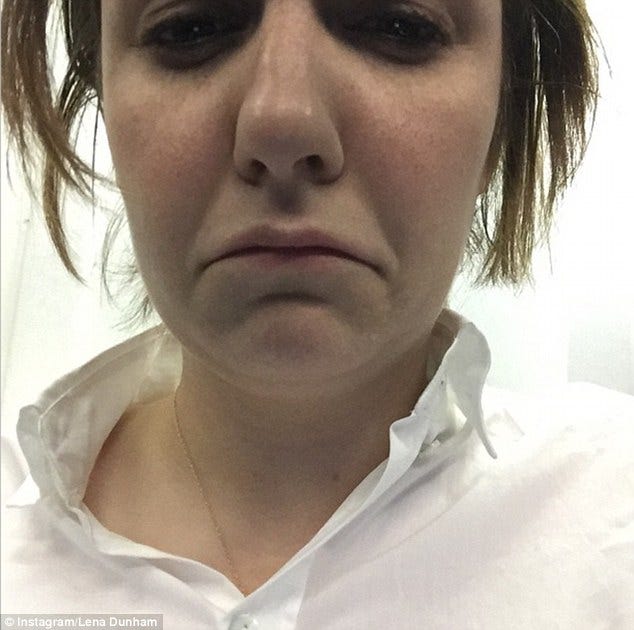 Its officially been 18 hours since Lena Dunham has said anything. Donald Trump and the American Right gave her a big old political facial and now she’s pulling a Portnoy. Radio silence in defeat. So we’re officially on Lena Watch. Tweet, you coward! TWEET! Say something. Cry. Pull a Trump and say its rigged. Tweet a picture from the Canadian border. Say something. SOMETHING.

If I have to sit in the Electric Chair and let the world watch my heart get ripped out, then Lena Dunham needs to take her medicine too. She made rap videos and did interviews. She wrote articles and spewed so much nonsense. She’s amassed 5 million followers and probably a fuck ton of money being the poster child for liberal politics and so now its time for her to man up and take this L. You dont get to reap all the benefits without taking the hits too. You cant hide forever, Lena.

Sidenote: if Lena did anything drastic I take all this back. Sort of.

So leave your official predictions for Lena Dunham’s first tweet. There’s only one power move and thats to completely pretend this didnt happen at all. And shes too pussy to do it.