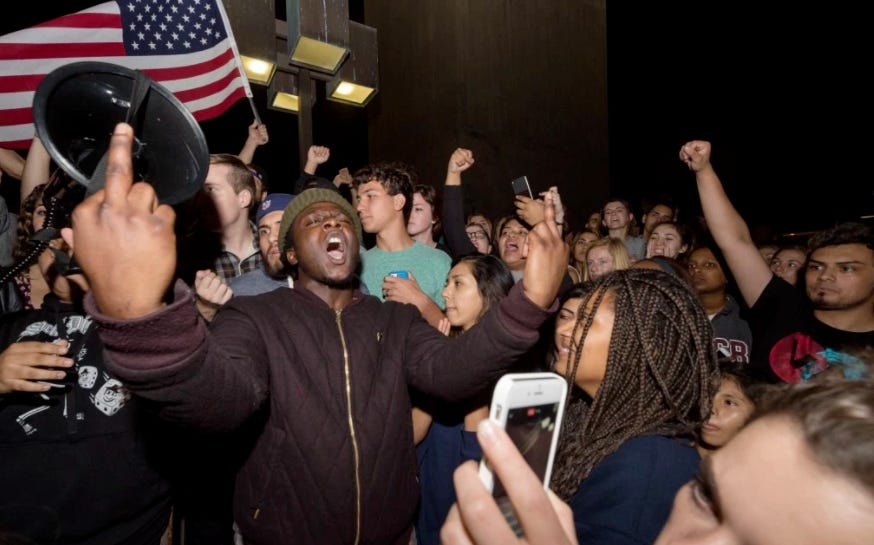 Approximately 1,000 UC Santa Barbara students took to the streets in protest early Wednesday morning after Donald Trump was elected president of the United States. After passing around the loop in I.V. and heading back through Pardall Road, the protest ended in a swirling mass at the base of Storke tower. The Student Activist Network offered students a megaphone and a safe space for peaceful protest. Initially numbering at 100 to 150 students, the protest reached peak levels of 1,000 by the time it ended at 2 a.m. [Daily Nexus] 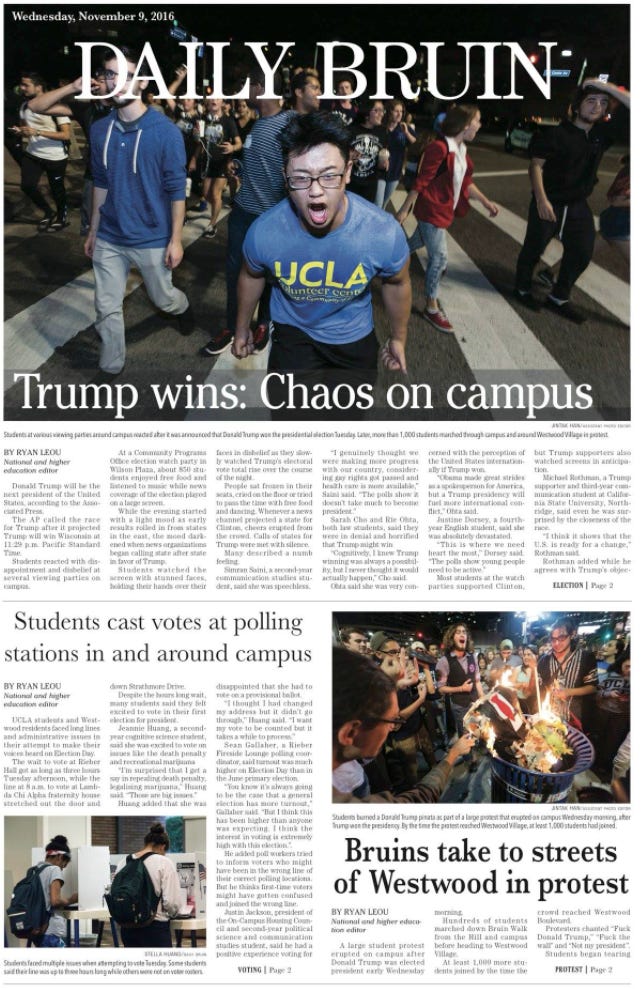 PITTSBURGH (KDKA) — Following Donald Trump’s win in the U.S. Presidential Election, protesters spent the overnight hours marching on a local college campus. According to a managing editor at the Pitt News, at least one protest was going on at the University of Pittsburgh campus.

Little known fact – if you protest hard enough, they will re-open the polls and allow people to vote again. I know I always say I’m not big into politics but I do know that secret. You only learn about it in the AP classes.

And everybody knows I hate college protests but I mean, I at least see the reasoning behind them. You want to change something around campus. You figure if you inconvenience people’s lives they’ll take notice of you. If you make a big enough stink you can maybe have some of your demands met. But we’re talking about the election of a president here. Like this was literally American democracy. The American people voted and it went to the electoral college and it gave us a president. Kind of tough to see the end game with protesting it. Unless it’s not really a protest, you’re just looking for a chance to flip shit over and set shit on fire and chant “Not my President!” which last time I checked was like a running cliched joke when it applied to the other side.