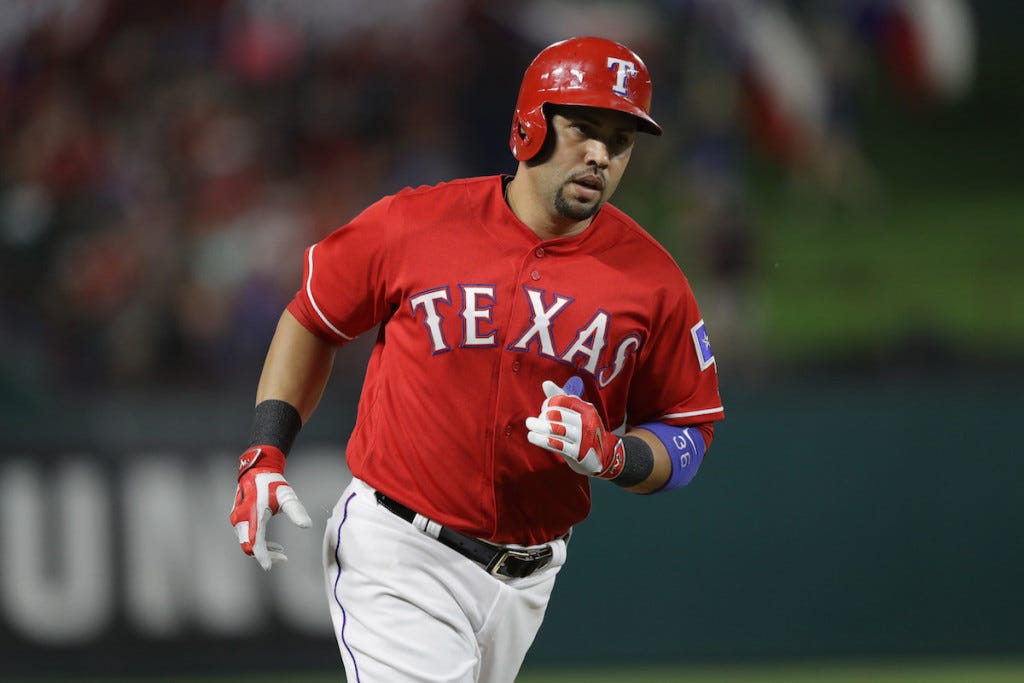 Over the past couple of days, we learned what Edwin Encarnacion’s asking price is, we learned that he supposedly “loves Boston”, and MLB Trade Rumors predicted that he’d sign with the Red Sox for $92 million over four years. But what do the Red Sox actually want?

I see that there’s a fit in regards to Encarnacion, what he brings to the table, and what the Red Sox need, but that five-year, $125 million asking price is just not happening. At least, not for the Red Sox. It has nothing to do with the money — it’s the years. He’d also cost the Red Sox a draft pick, and you take one look at the way that this Red Sox team is currently constructed, and it’s easy to see how highly they value their draft picks. Dave Dombrowski also spoke to the media yesterday, and seemed very weary about the idea of committing significant dollars and years to one player to be Boston’s new designated hitter.

Enter: Carlos Beltran. This past summer, the Red Sox made a concerted effort to acquire Beltran from the Yankees, but of course New York was unreasonable in regards to their demands, and no deal was made. The Red Sox were willing to fork over one solid prospect, but the Yankees wanted two. For a rental, the Red Sox told them to kick rocks, and the Yankees ended up sending Beltran to the Rangers for Nick Green (no, not that Nick Green), Erik Swanson, and Dillon Tate. Now, Beltran’s a free agent with no compensation tied to him, because of that trade to Texas.

Not only did the Red Sox want Beltran then, but apparently they still want him now.

Heard from a major-league source who characterized the Red Sox’s interest in Carlos Beltran this way: “They want him badly.” Might boil down to whether Beltran wants more than a one-year guarantee. Unclear at this point. Regardless, Beltran wasn’t subjected to qualifying offer by virtue of getting traded during season, so signing team won’t have to cough up first-round pick.

Even in his age-39 season, Beltran is coming off a year in which he earned his ninth All Star nod after hitting .295 with an .850 OPS, 29 home runs, 33 doubles and 93 RBI between the Yankees and the Rangers. As a switch-hitter who can still mash with the best of them, you can see why the Red Sox would be interested, although there should be some concern over signing a 40-year-old to a multi-year deal, if that is in fact what he’s looking for. He’ll be 40 in April. I can see a scenario play out where the Red Sox sign Beltran to a one-year deal with a vesting option for a second year based on plate appearances, and perhaps escalators in the contract, also based on plate appearances, to maximize the value for both sides.

It’s also worth noting that Beltran is a .335 career hitter with a .932 OPS, 7 home runs and 13 doubles in 39 games at Fenway Park. If you ask me, I still want Encarnacion, but the years will be the kicker. Money’s whatever. It’s the Red Sox. Give me Encarnacion for three years and a high AAV with maybe a fourth year option, or give me Beltran on a short deal if Encarnacion is insisting on five years.