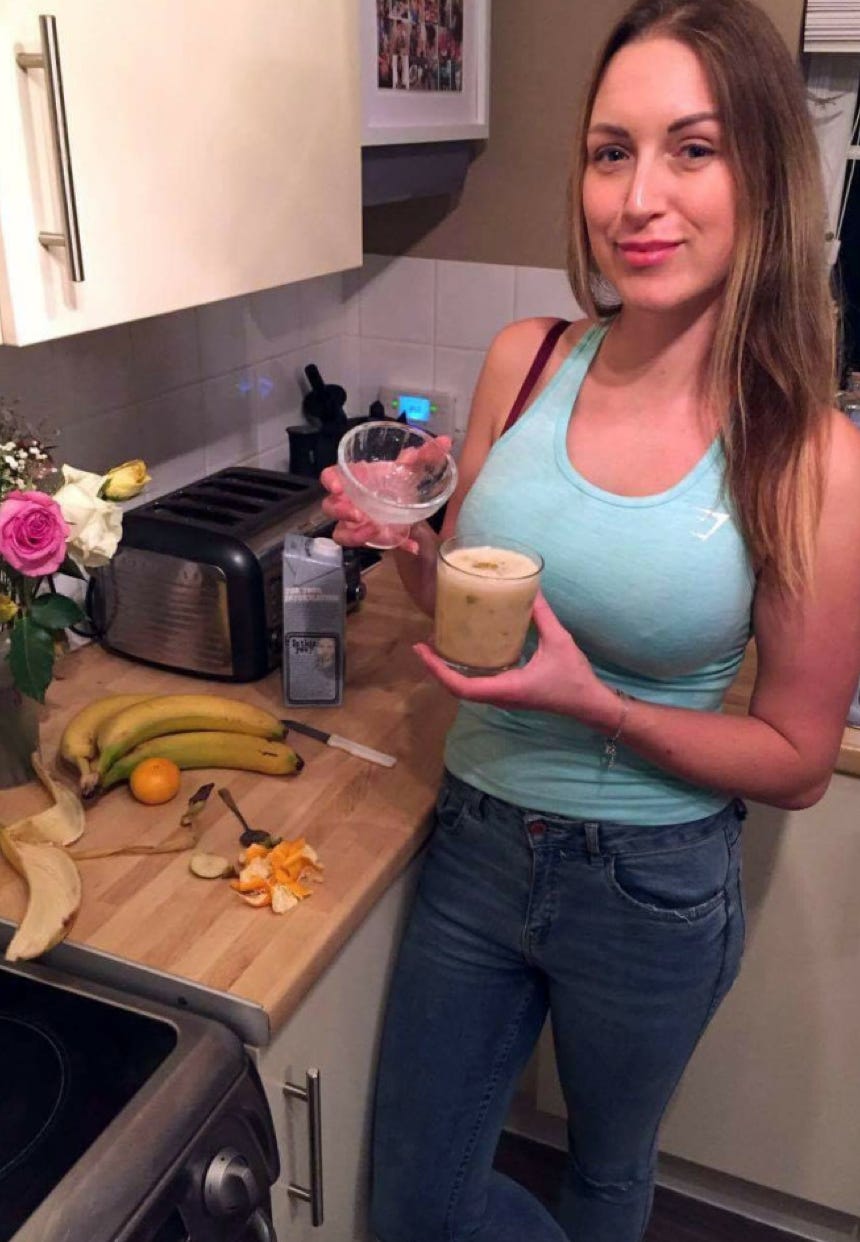 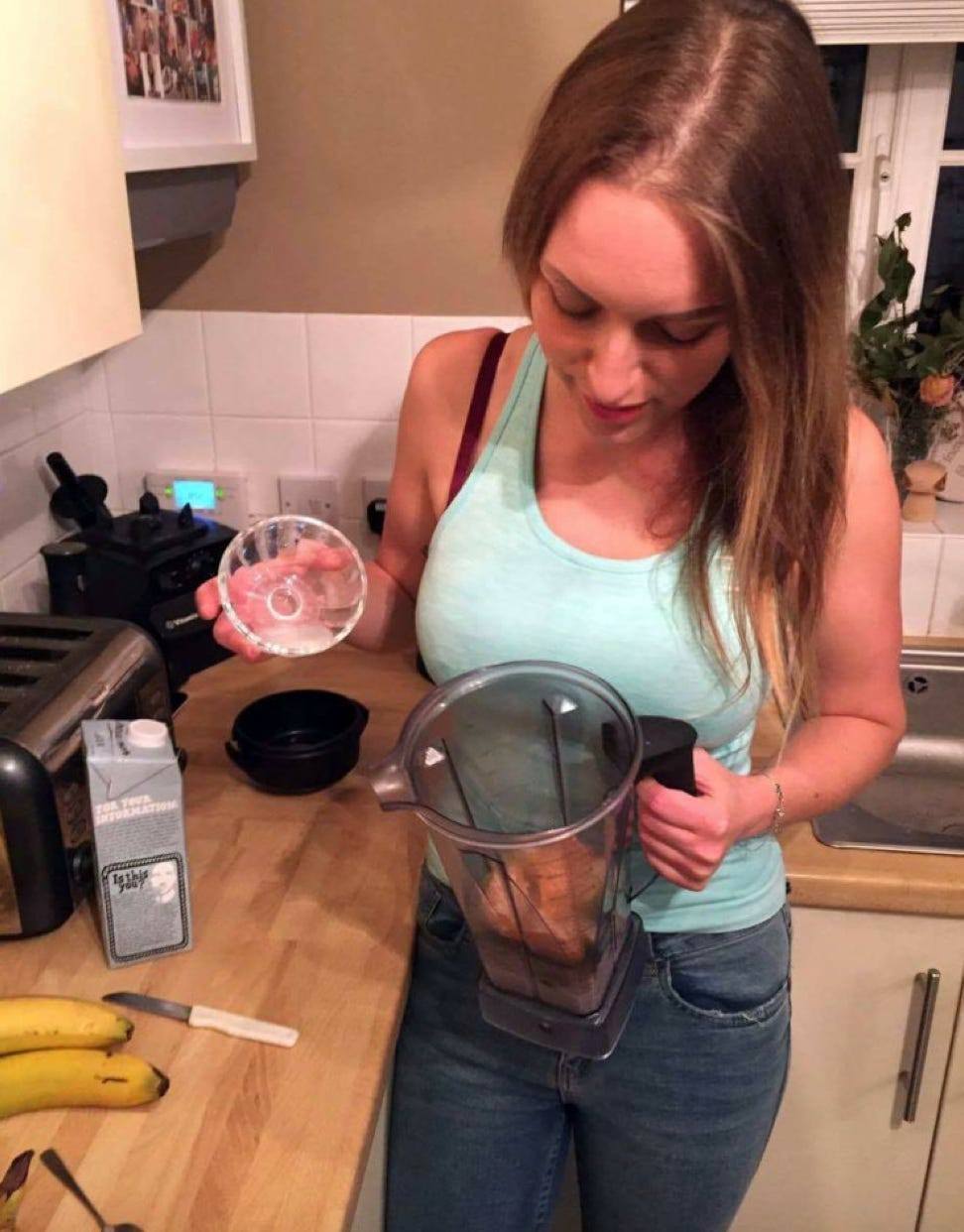 The Sun- A SINGLE mum-of-two claims she beats the flu by drinking sperm smoothies. Tracy Kiss, 29, from Buckinghamshire, puts a spoonful of her best friend’s donated semen into her drink every morning in a bid to boost her immunity. The personal trainer, who is mum to Millicent, nine, and four-year-old Gabriele, has previously advocated using sperm as a facial ointment. On her bizarre beverage concoction, she said: “I’d been feeling run down and had no energy, but now I’m full of beans and my mood has improved. “It can taste really good – depending on what my friend has been eating. My other mates think I’m strange, but I don’t give a toss.” Tracy, who is a vegan, roped her 31-year-old single pal into giving her his semen. He comes round with a fresh tub three times a week. “I know he’s healthy, doesn’t smoke, drink or do drugs and I made him have an STI check,” she said.

Here’s what’s gonna happen. We’re all gonna call this chick gross and weird and disgusting for drinking a sperm smoothie every morning and then she’s gonna be the first person to live to be 200 years old. I’m not gonna judge her this. Maybe the solution to living longer was right under our dicks this whole time. If she says it works then I guess it works. Although if it did totally work there would be some 200-year-old porn stars floating around by now. But she says it makes her feel better so I say god bless. I will say this, I would prefer to give my sperm to a female who wants to drink it everyday rather than blasting gallons upon gallons of youth juice into dirty dish rags. I’d rather put that stuff to good use. Maybe even start selling it for top dollar if this sperm smoothie thing catches on. And I’m just gonna say it. It’s pretty hot that this chick drinks sperm every single day. I mean, it’s not hot that she’s drinking someone’s else’s sperm everyday. But I’d sign up for that immediately upon being prompted by a woman. All I’m saying is there’s much meaner things you can say to me than, “Hey let me drink your sperm every single day.” That’s all.