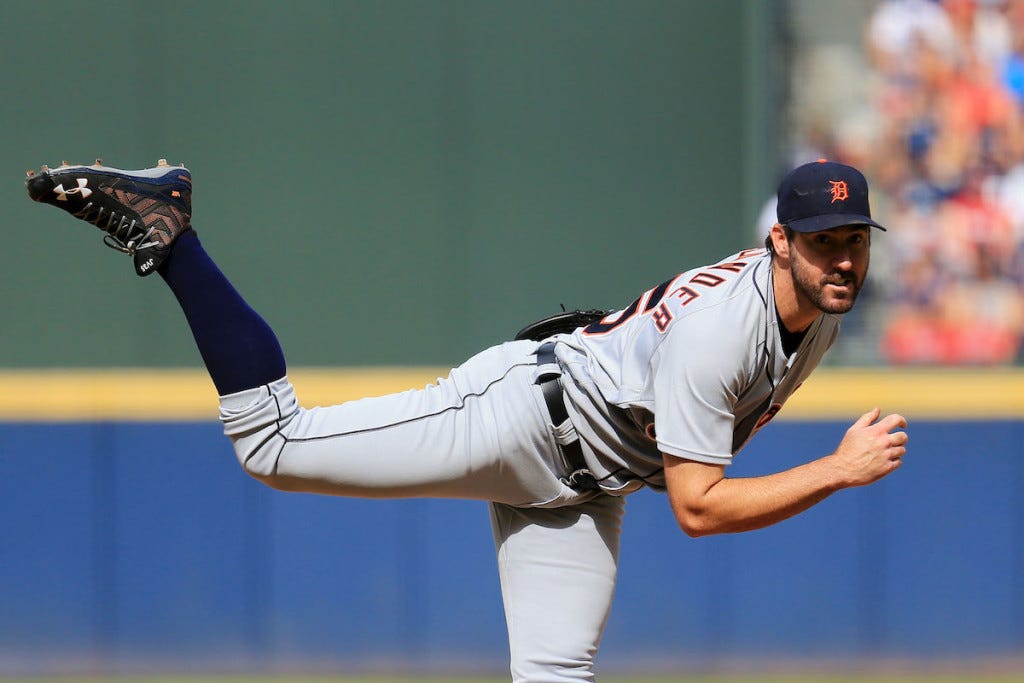 VERLANDER OFF THE TOP ROPE!

Last night, MLB released the finalists for several awards. Among them was the American League Cy Young award, which featured Justin Verlander, Corey Kluber and Rick Porcello. First off, I totally agree with the sentiment that there’s no slam dunk candidate to win the AL Cy Young award this year. I mean that in the sense that nobody was head and shoulders above the rest of the competition. You can make a respectable case for any one of the three finalists.

Also, I’m also not one of those people who thinks that it’s an outrage that Zach Britton wasn’t named as a finalist. I get it. It was a historic season for Britton, and he impacts more games, appearing in 69 this year, than Verlander, Kluber and Porcello, who averaged 33 starts. But Britton faced 254 batters this year, while the trio of finalists faced an average of about 884. In my opinion, relievers shouldn’t even be eligible for the Cy Young award, and it blows my mind that they haven’t come up with an award that’s the equivalent to the Cy Young for relievers. Nobody cared about the Rolaids Relief Man award even when it existed.

Got sidetracked there for a second. Anyway, if I had a vote, I would vote for Verlander. When you break it down the way that Verlander’s little graph does, it seems like much more of a no-brainer decision than if you just scan their baseball-reference pages. Me, I’m a big average game score guy. I’ve referenced it here and there in some of my baseball blogs, but it will always, always, always come up when it comes time to evaluate the Cy Young award. Some people don’t put too much stock in it, because it looks very fantasy baseball-ish, but at the end of every year, when you look up to see the average game score leaders, you’ll see the top finalists for the Cy Young award. For those who aren’t familiar, here’s how it works: