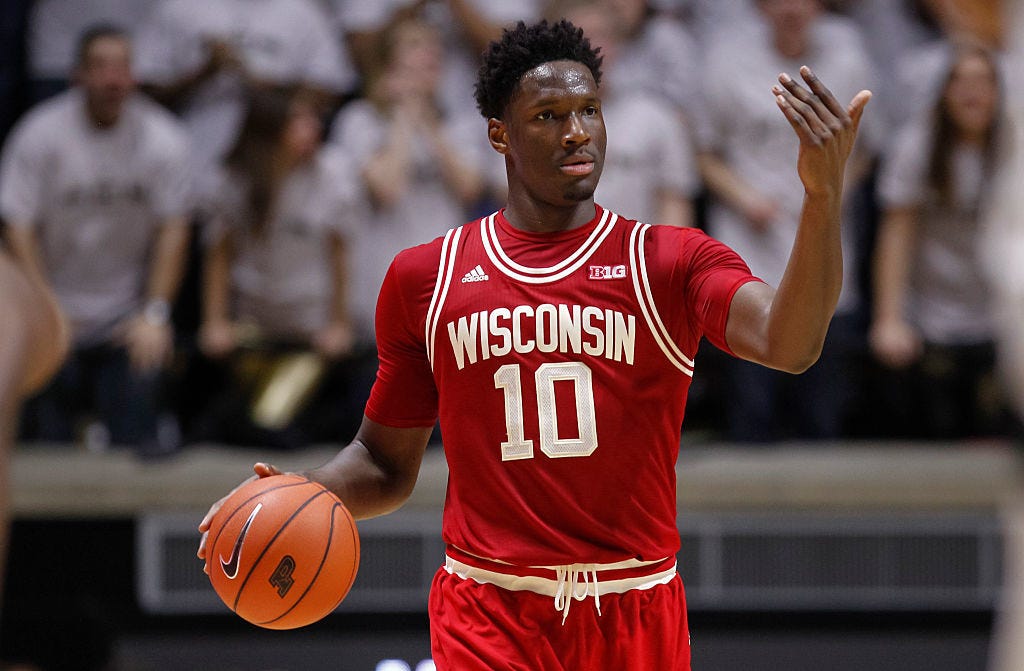 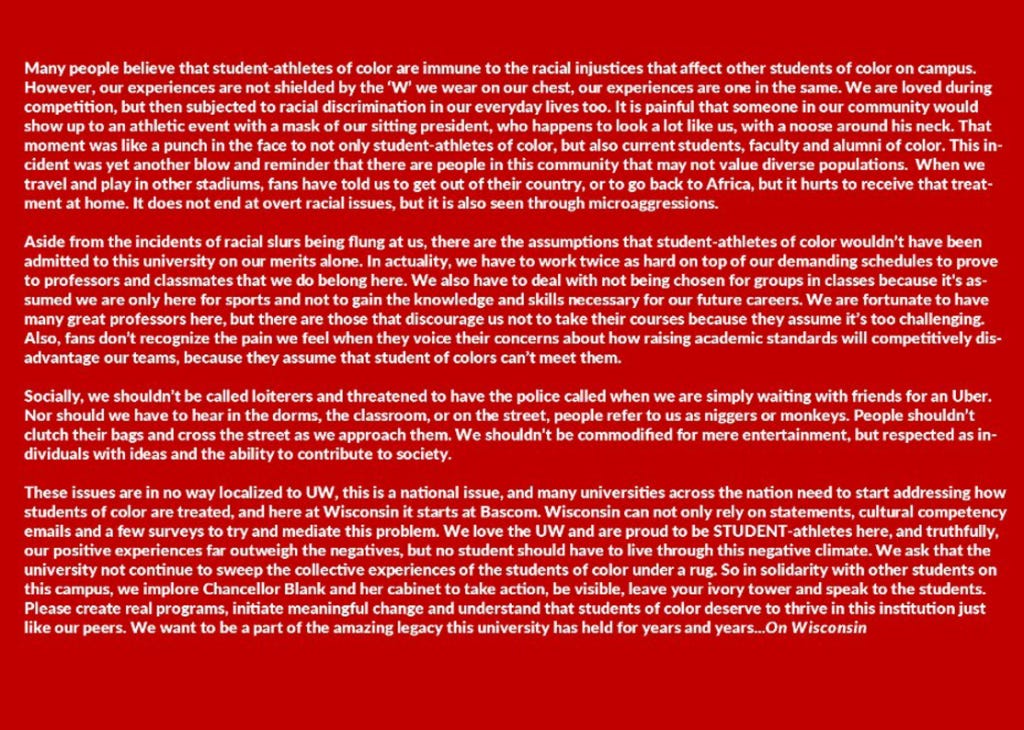 I don’t know if Nigel Hayes attended a seminar recently or took some sort of life altering eye opening trip to somewhere in the world, but it seems like he woke up the other day and decided he was going balls to the wall for activism.

And now he’s ramping it up with racial issues and injustice and micro aggressions.

Will be interesting to see how it all plays out. Few schools have someone who is as much a fan-favorite as Nigel Hayes is at Wisconsin, and after his coming out party in the tournament with all the witty press conferences and big time play, he’s pretty much globally loved. Quickest way to start turning people against you in the social media world is to take a big stand on something – and Nigel didn’t just go with one, he doubled down and tackled two hot button issues at the same time – college athletes pay-for-play and campus racism. And if he has a mediocre season and the numbers are down and Wisco isn’t doing well? Prepare for a hater avalanche.

Strikes me as someone who can handle it and doesn’t give a fuck what anyone chirps him. 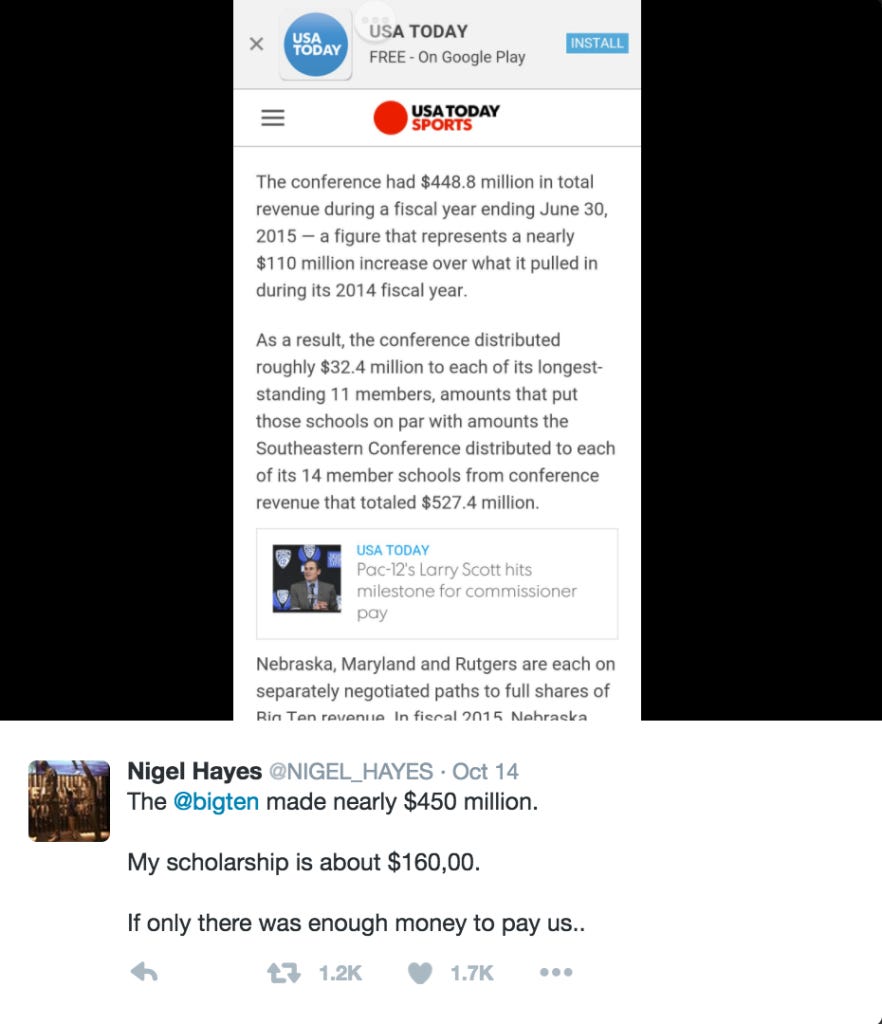