Equal time for equal hatred, that’s my motto this election. But for as much as this dude annoyed me with how much he bathed in these women going on the record shitting on Hillary Clinton…I kinda loved this video. These women aren’t saying anything new or innovative. But their reasons to hate her seemed so legit, so genuine, and really it was like watching a video of people committing treason against what the world wants them to do. The social pressure we’re all seeing on Facebook’s feeds, people attacking Melania Trump for being associated with the man she married, all of these women are probably getting a 100% sales pitch everywhere they go to vote for Hillary. But yet they’re spitting in the face of all that pressure and saying fuck it, they don’t like her because she has an annoying voice, she’s controlling, she’s a liar, she gets her period (no fucking wayyyyyy she still gets her period), they’re not buying in. That big girl at 1:20 nailed it, there’s a lot of pressure to vote for Hillary just because she’s a woman and they don’t have to do it no matter what the reason is. Even if that reason is as dumb as thinking Hillary’s ovaries still work.

Also if we’re being honest the Dice mic is straight fire branding for a guy named Mark Dice, I can’t deny that: 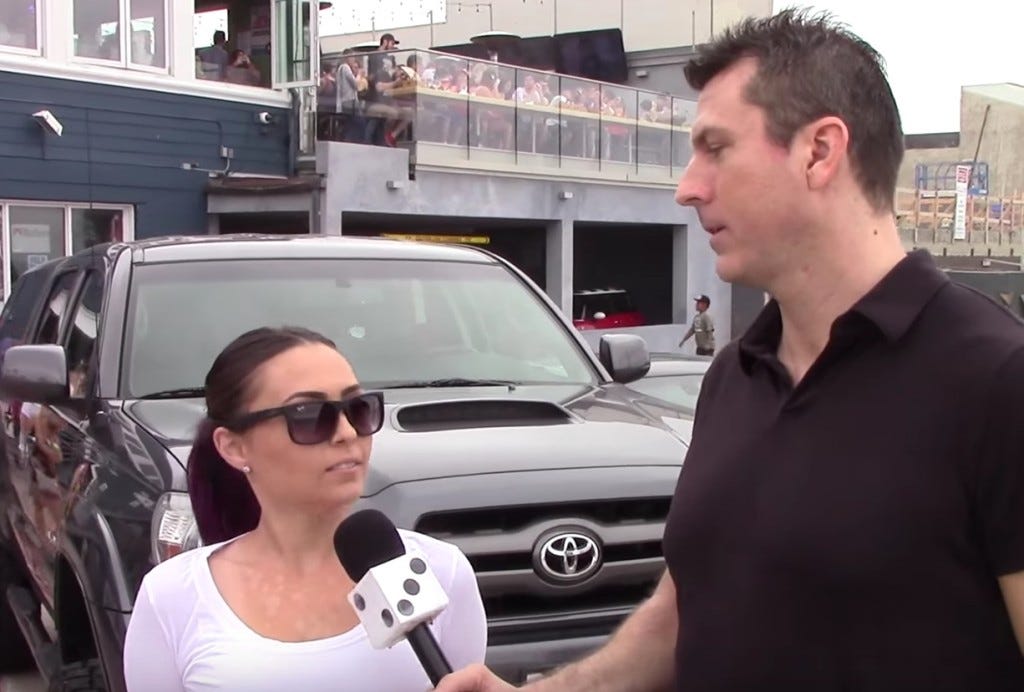