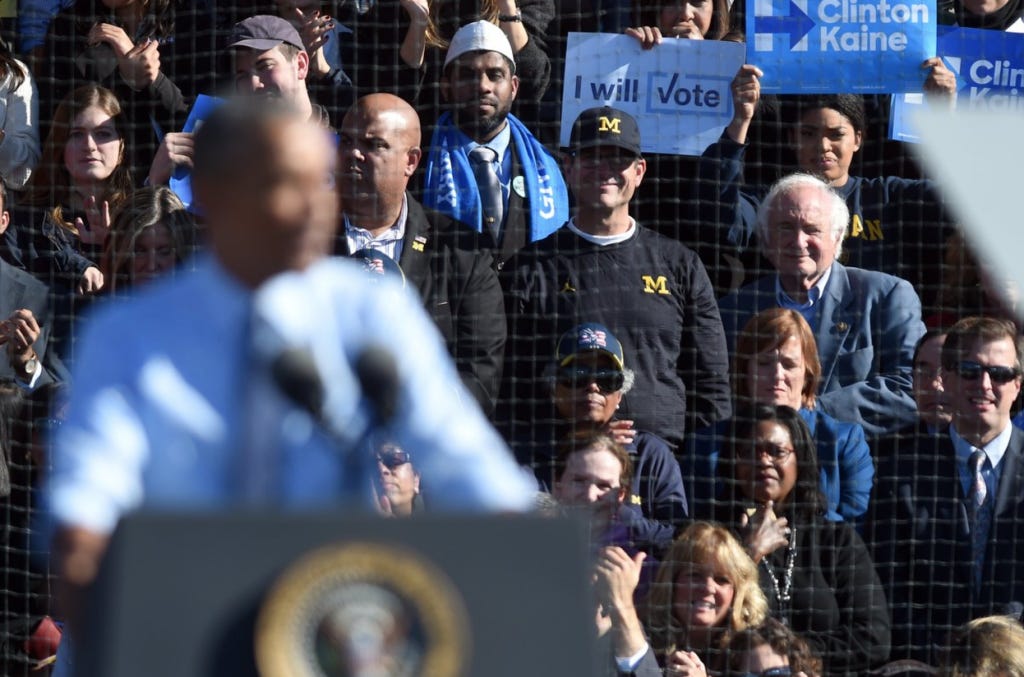 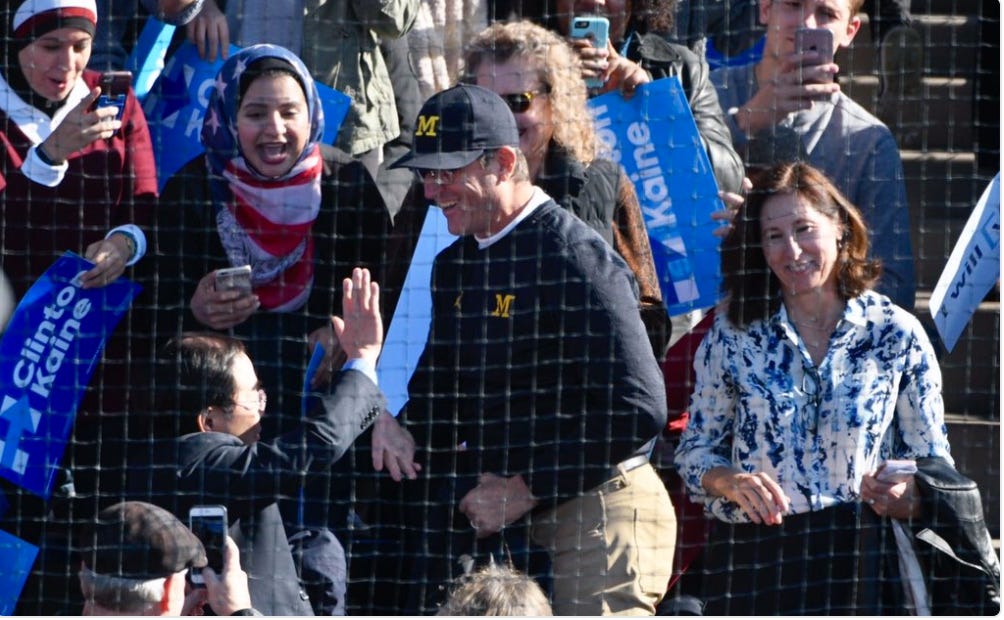 Ran into @jimharbaugh_ners today. Appears he was the most popular person here!

CBS – Michigan coach Jim Harbaugh hasn’t publicly endorsed a presidential candidate in the 2016 Election, but he was spotted in the stands and called out by President Barack Obama during a rally for Hillary Clinton on Monday in Ann Arbor.

Harbaugh was seated in a section of the baseball stadium behind the on-field stage, in the perfect position for the cameras and an early-speech reference to the Wolverines’ undefeated football team from the President. The Michigan coach delayed his regular press conference so he could attend the rally, sending the fans into a frenzy upon his arrival.

Trying to think of a time when seeing Jim Harbaugh in the same exact full coaching uniform at every single life event he attends will not be funny to me, can’t picture it.

Getting the shout outs from the Prez too:

“He’s focused,” the President added while looking toward Harbaugh. “I need you to stay focused. Because I need you to pull off another victory this week.” [CBS]

Anyway I’ve just turned around at my desk and consulted with our political correspondent Riggs – he says this is good for Hillary. Very good. Michigan, pretty big state, kind of on the fence. And the guy works for Barstool Sports so you know he knows what he’s talking about.

He may not have publicly endorsed yet, but Jim Harbaugh cancelling a football activity to attend a Hillary rally and get shouted out by Obama, you connect the dots.