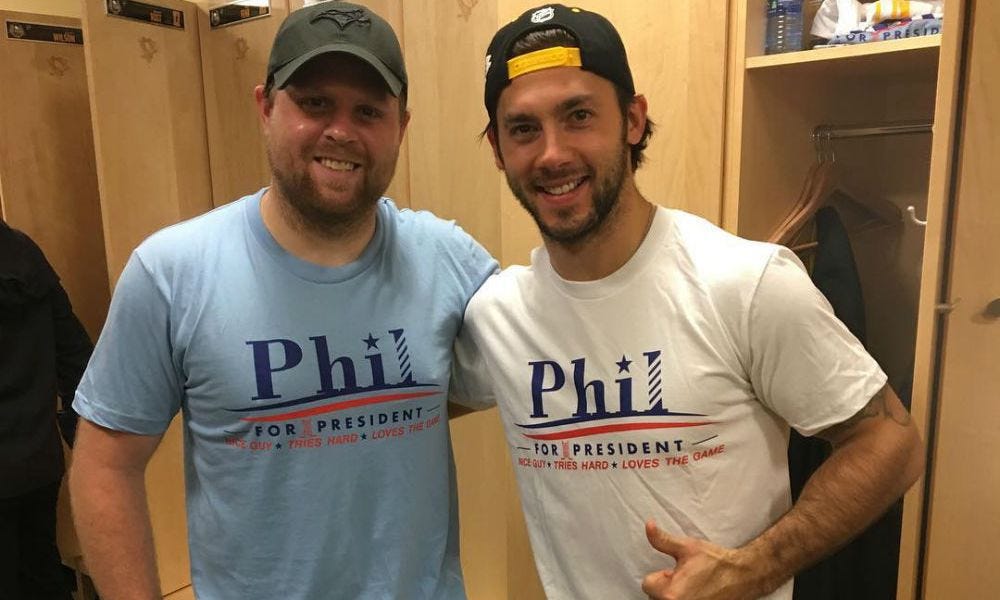 We, the people, have an incredibly important decision to make today when we step into the voting booths. Each of us has a decision to make that could completely alter the course of American, World and human history for the next 4 years. Never before has there been so much at stake in an election. So why not make your vote matter? Why not try to make a difference in America and why not try to make this the greatest nation in the world for today, for tomorrow, and for all days to come later? Why not cast your ballot for Phil “The Thrill” Kessel?

Just think about what you’re getting from a Phil Kessel presidency. For starters, just as his slogan says you’re getting a nice guy who tries hard and loves the game. You’re getting a proven winner as he is a Stanley Cup Champion. You’re getting a guy who obviously doesn’t care that much about your body so he’s not going to go all Michelle Obama on your ass and make the kids eat vegetables for lunch. You’re getting a guy who will implement casual Monday through Friday nation wide. And most importantly, you’re getting a guy who can shoot the puck faster than fuck. The Russians are our biggest problem right now and Vlad Putin LOVES to show off his Johnny Try-Hard skills out on the ice. Imagine having a leader that could bury that bitch at the blueline, step in to the top of the circles and go bar down for world dominance? That’s my kind of President.

All you’d need to do is find an enforcer to be his VP candidate. John Scott is Canadian but I think enough people could just forget that bit of information. He just retired earlier this week so maybe he was setting himself up for a move like this. Need an enforcer in the White House in the worst way imaginable.