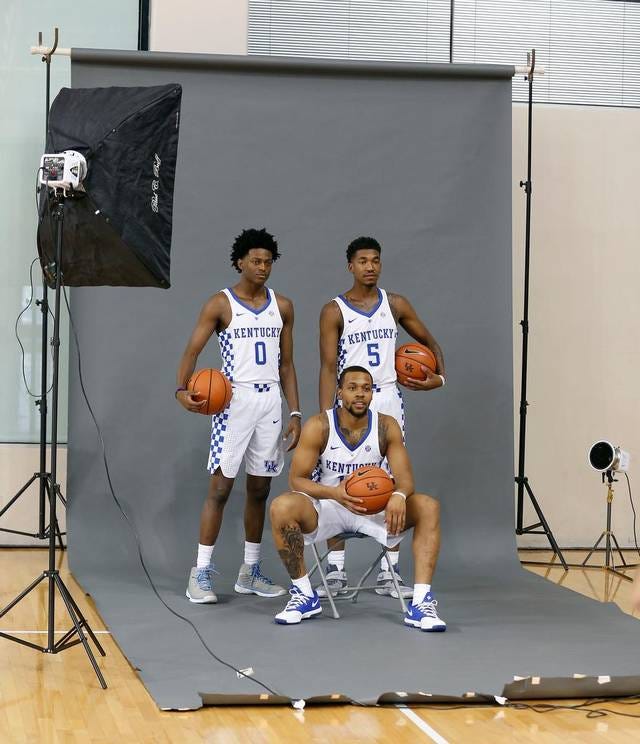 It’s no surprise that it’s Kentucky and a bunch of average teams in this conference yet again. However, that’s not to take away what the SEC has done from a coaching and recruiting standpoint the last couple of years. We’ve seen the conference hire the likes of Bryce Drew, Bruce Pearl, Ben Howland, Avery Johnson and Rick Barnes. We’ve seen teams not named Kentucky land 5-star players. This conference isn’t nearly as bad as it once was.

That said, this year it’s still just Kentucky and everyone playing for second. It’s wide open though after Kentucky as there are about six schools that could finish second and surprise no one. Ideally the conference will get about six schools in to the NCAA Tournament, but it’s likely that number ends up being around four.

Five Storylines to Watch in the SEC

This is the major question for the No. 2 team in the country. Yes, Derek Willis came on last year and looked the part of being that stretch player, but he lacks defensive ability. Can Malik Monk or De’Aaron Fox step in and become more of a threat from three? Kentucky desperately needs Monk to be that guy so the lane stays open for Fox’s and Briscoe’s ability to get to the basket.

Personally, I have no idea how Johnny Jones still has a job at LSU. He’s failed massively with the likes of Jordan Mickey and Jarell Martin on the same team before completely embarrassing himself with Ben Simmons. He’s yet to win a NCAA Tournament game in four years and while he has the talent, LSU just never lives up to the hype. If the Tigers struggle this year he has to go, right?

It’s only a couple years since the Gators had an undefeated SEC season and was the No. 1 overall seed in the NCAA Tournament. After struggling since then, Florida has all the pieces to be a consistent top-25 team in Mike White’s second year. They have an experienced point guard in Kasey Hill and more importantly a guy who can make free throws in Canyon Barry – the biggest problem Florida had last year.

The Aggies were co-champions last season and a No. 3 seed in the NCAA Tournament. They lost however the core group of guys led by Danuel House and Alex Caruso. They do get to keep Tyler Davis though, who is a prototypical big man that really came on strong last year as a freshman. It’ll be up to him and a bunch of sophomores to keep this program where it is now.

In one of the most absurd things we’ve seen a coach do, Missouri head coach Kim Anderson crawled out of a coffin at Midnight Madness to show the world Missouri basketball isn’t dead. Well, they may not be dead but they suck. There’s no real story here besides the fact you need to go back and watch how hilarious the moment is when this happens.

He’s drawn comparisons to John Wall because of his athleticism, speed and ability to get to the rim. Fox is the next great point guard under Calipari and on top of that is probably the best on-ball defender in the loaded freshman class. He’ll rack up stats as the ball will be in his hands quite a bit, allowing Briscoe and Monk to play off the ball.

He’s the third highest recruit for Kentucky this year, but is expected to lead the Cats in scoring. The question will be how consistent is Monk. He’s known for having not the best shot selection, but can heat up right away and get 10 points before you blink. You’d have to think with the talent on the roster and the way Calipari coaches the offense that he’ll calm down with most of his poor shot selection.

In just two years he’ll have Florida back in the top-25 and competing in the NCAA Tournament. Sure, he may finish more than 2-3 games behind Kentucky in the SEC standings, but people hate voting for guys like Calipari (and Self, K, etc) for Coach of the Year.