Trump’s America huh? Journalists getting banned with one fell swoop? There is clearly something amok here, but it’s hard to be mad at Cuban for anything he does. From some of the reports, Cuban was upset that Tim MacMahon wasn’t exclusively covering the Mavericks. Marc Stein originally covered the Mavericks too, so it’s clearly a personal vendetta among some Texas boys. The fact that the Mavericks are 1-5 could definitely play into his outburst. Harrison Barnes already has more 30 point games than he had last year, but it’s still not enough help for Dirk.

To be fair, Cuban said that they can come in some capacity.

The situation is really interesting because ESPN is an entity that is surely not used to having power wielded against it, and they seem shook that Cuban is lashing out like this. Do I think it lasts? No. But do I think it’s good for them to be scared a little? Definitely.

Regardless of the long term fate for journalists. 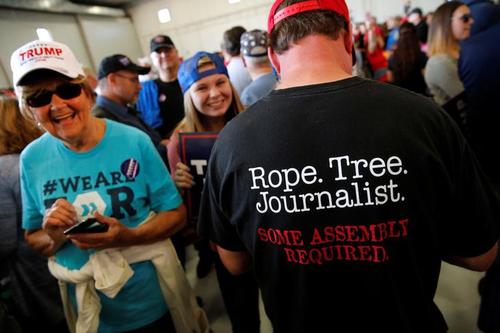