Wellcome to the  Wednesday Morning BM, just a word of warning your probably not prepared to handle the strong  political takes and barrelfire  electoral truths that you never knew your Mondays were missing. This column is written for and by a REAL fan of the USA. Its designed to be read on your Monday Morning commode break after a long Sunday eating bad-for-you food and drinking beers. If you care more about SPELLING then you do about TELLING theres the door because this columns not for you. 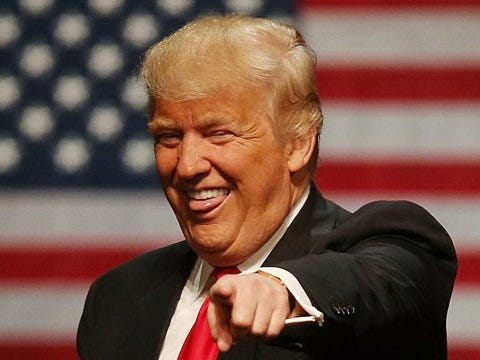 Ok so here’s the thing. I have a cool headline thats easy to remember and will grab peoples attenton, so now I’ve gotta kind of figure out what to write after people have allready decided to click on it. Basically this column is alot like Trumps rise through the campaign and ascenion into being the most powerful person in the entire world.

I’m not a told you so guy but I screamed from the rooftops back in August of last year that there was a silent majority lurking in comment sections across the country and that we were eager to vote Trump. In retrospect I was totally right except for the silent part- and if the vote count holds up, also the majorty part. I’m a single-issue voter, (the swimsuit issue) and I supsect there are many out there like me, whose opinions have been ghettoized into the very bottom of the pages, beneath adds for butt-slimming tea and fake celebrity nude sites, trapped in our own little black box- but we have emerge to say hey why dont they just make the entire USA out of the comment section? And so here we are, waking up with a little mix of a election hangover and also a actual real hangover.

In the end it was actually Hillary Clintons fault for distancing herself to far from herself. A lifelong liberal since 2007, she gave this election away by not supporting her support for the preemptive invasion of Iraq hard enough, and by not being more vociferous in her enthusasm for the extrajudicial drone-strike assassnation of US citizens and out-of-tune Jordanian wedding bands. She tried to change reconcile her hawkish past with her newfound wokeness by admitting that she made mistakes, which is a deadly rhetorical trap to fall into when your going up against someone like Donald Trump who has never made mistakes.

Her logic behind these operations was basically the “good guy with a gun” theory which would of played well with some of the rural white voters, as well as the law & order crowd (by that I mean literaly the people who watch USA network all day) but instead she opted to try to rebrand by changing her message to “Hillary is bae,” when she would of done better with the government contractor crowd by sticking with her previous slogan “Hillary is BAE.” Both of these sentiments could of potentially endeared her to the right-wing of the left-wing; the folks who were afraid of being called a pussy by George Bush and wanted to look cool in front of John McCain. Those are your undecided voters, and they made all the diffrence. And now she has to deal with the consquences of what happens when you try to commit to both sides of the political spectrum- and thats the cold hard fact that if you have two sets of political ideologys, you don’t have one.

Road Grader of the Week: Canada

1. If the movie “Signs” taught me anything besides the fact that you should never put your half drank water glasses in the sink, its that there are no coincdences in life. Just check out this stat:

1.4 points. So in other words Skip Bayless would of been able to deliver the White House to the Democrats. Fox stole this one away from the libs folks.

2. Democrats learned the hard way a fact that every football coach knows. You play the best person at any position no matter what. Depsite the fact that Hillary was grossly outmatched at every turn in the democratic primaries, the DNC made a huge blunder and decided that they couldnt hitch their wagon to a aging, somewhat out-of-touch old guy from New England: 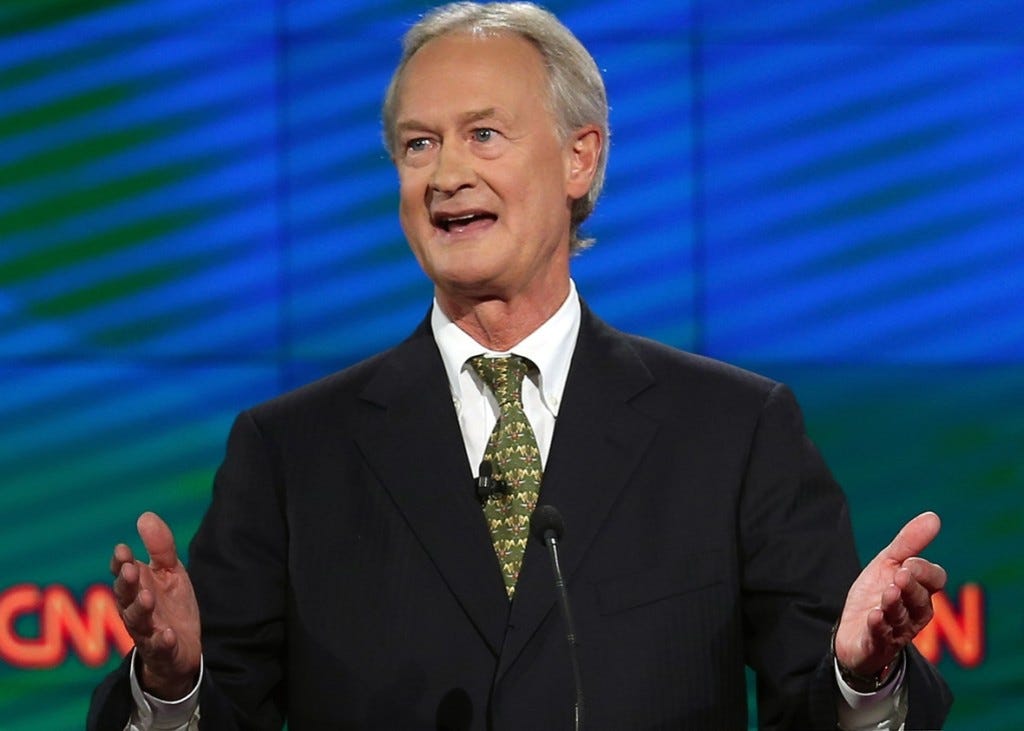 3. Finally our national nightmare is over and that sick son of a bitch rat bastard Rafael Cruz will be brought to justice for his part in the assassnation of John F. Kennedy

4. Does anyone else think that if they wanted to, the troops could just take over the executeive branch of goverment? Seems like it would be a much more democratic way of doing things to honor our miltary men and women in salute to service month. At any rate, I cant wait to see John Oliver DESTROY the legaly certified election results on Sunday.

5. Cam Newton could learn alot from Hillary Clinton about how to lose with class and dignity. She was a little late showing up but its better then throwing on a hoodie and sulking away without talking to any reporter’s on a important deadline that need to capture the authenticty of exactly how much you dont want to be talking to them by writing down your words. Make no mistake about it, this was a statement loss for Hillary and we all look forward to her running as even more of a centrist in 2020.

6. Cant help but think that if the Supreme Court hadnt gutted the voting rights act we could of had a much different outcome

President-Elect Can Opener has a nice ring to it IMO

7. This election was about one thing and one thing only- which canidate had the balls to way in on Joe Flacco.

8. Last night was a huge indictment of the American political process as voters showed up and voted in the most shameful electoral result in this history of our nation. Of course I’m talking about the denial of measure C in San Diego that would of brought Dean Spanos 1.1 Billion taxpayer dollars to build a new stadium for the Chargers. In Politically Correct America, I suppose its cool to hate capitalists like Dean Spanos, who create 53 jobs every year- and very frequently more like 70 or 80 based on his insistance on hiring quack team doctors who misdiagnose his own players injuries.

The shortsided lunatics from sun city decided that they’d rather not charge out of towners a arm and a leg in hotel taxes afterall and its frankly disgusting. The league needs fan support now more then ever as ratings are down. Not suprised that a town with the most temperate climate in the United States would be so filled with fair weather fans.

9. Elections arent suppose to be popularity contests which is why two people that everyone hated were the finalists for the job. The election was basicaly just another case of Tuesday night MACtion coming down to the wire with the difference being made by a bunch of white guys from Michigan and Ohio.

10. Trump rose to power by claiming that America dosen’t win anymore and that we’ve spent the last 30 years getting fucked. In other words, Donald Trump just literally grabbed the world by its pussy. 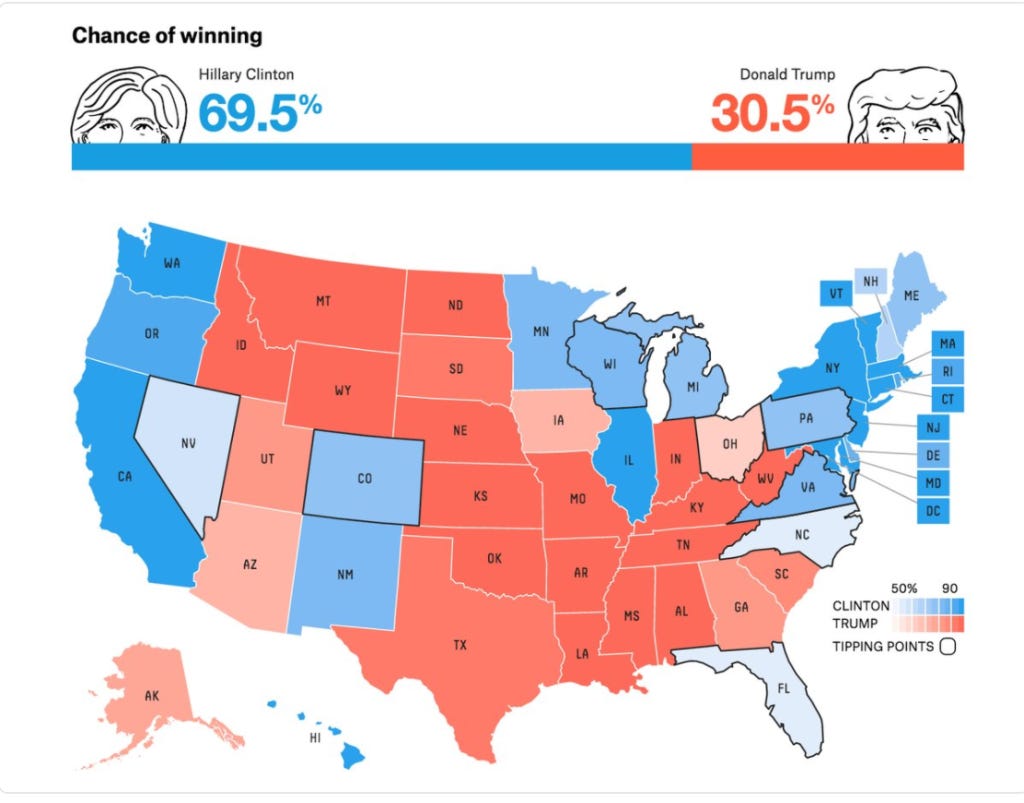