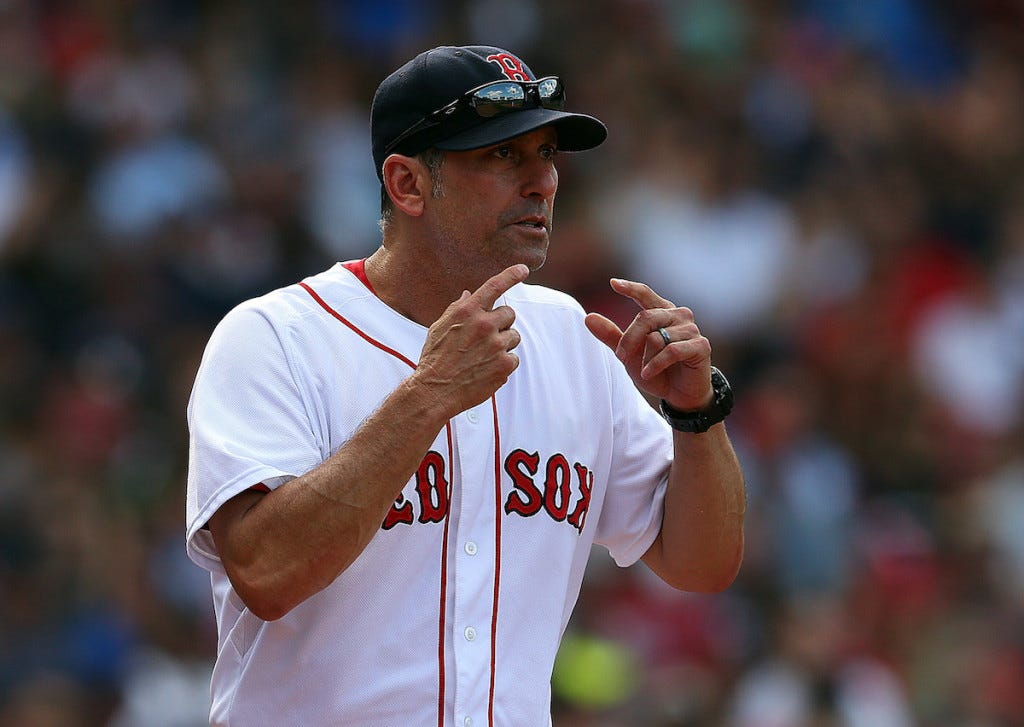 On a day when many Red Sox fans were watching guys like Theo Epstein, Jon Lester, John Lackey and David Ross celebrate a World Series title in Chicago — all who have World Series rings in Boston — it looks like the Red Sox are making another mistake in letting somebody else go.

This time it’s their bench coach, Torey Lovullo, who will become the new manager of the Arizona Diamondbacks, replacing Chip Hale, who had managed the Dbacks since 2015. I’ve already had Twitter debates with fans who don’t understand the impact that a bench coach can have on a team. And to an extent, if your point is that it’s an overexaggeration to feel like the Red Sox are doomed now that they’ve lost their bench coach, you’re right. It is an overreaction. But to act like Lovullo had no impact at all, give me a break. That couldn’t be further from the truth.

How much of an impact did Lovullo have? Last month, I spoke with a Red Sox player, who was very concerned over the rumors that Lovullo could be leaving the organization to pursue a managerial position elsewhere. I figured, that makes sense. I’ve heard plenty of times that Lovullo was a positive influence in the clubhouse, so it’s completely understandable why a player would be upset that Lovullo could be leaving. But that’s when I followed up and asked if they thought Lovullo would be a better manager than John Farrell, and their response was, “Uhhh YES.”

You hear something like that, and obviously that’s very interesting, given the conviction in which they supported Lovullo over Farrell. But at the same time, it would be irresponsible to conclude that one person in the room echoes the thoughts of the entire team. But I’d be lying if I said that I haven’t heard whispers that this might not be an isolated opinion. None of those whispers were said directly to me from the source, so I can’t tell you that more than one player prefers Lovullo over Farrell. But I can tell you that the whispers are out there.

I’m just confused about all of this. Why jump through all the hoops of keeping Lovullo here if you were just going to let him walk the second that a job he wanted opened up? When Farrell left the team due to his cancer diagnosis in the summer of 2015, Lovullo took over as the interim manager of the Red Sox. Under Lovullo, the Red Sox went 28-20 to finish the year, which was the sixth best record in the majors over that 48-game span. They had been 50-64 leading up to that point, the 26th best record in the majors.

Now, how much can we really complain, given that the Red Sox came back and won the American League East in 2016 under Farrell? Not a whole lot. Sure, Farrell had a highly-criticized season as an in-game manager, but whether you like it or not, the guy is a Manager of the Year candidate, simply because his team went from worst to first. Again. What I don’t understand is, if the Red Sox are so happy with Farrell, why did they wait until five minutes before the press conference where Dave Dombrowski announced that Farrell would be back next year to actually tell Farrell that he was coming back next year?

And not only that, but why not pick up Farrell’s option for the 2018 season if he’s doing such a great job in your eyes? That’s common practice. We just finished the 2016 season, and the Cleveland Indians just picked up the 2019 and 2020 options on Terry Francona’s contract, yet the Red Sox won’t even commit to Farrell beyond next year, but it’s cool if we let the next best candidate for the position walk over to Arizona for nothing. How does that make any sense?

Last year, the Red Sox gave Lovullo a two-year extension to avoid him pursuing any managerial positions outside the Red Sox organization, an extension that was rumored to have paid Lovullo a manager-like salary in order to keep him happy in a non-managerial in Boston. The Red Sox remain non-committed to Farrell beyond next year, but now all of a sudden, they’re okay with the guy they were grooming to be their next manager just walking away to Arizona? I don’t get it. And I’m sure some of the players in that Red Sox clubhouse won’t get it, either.