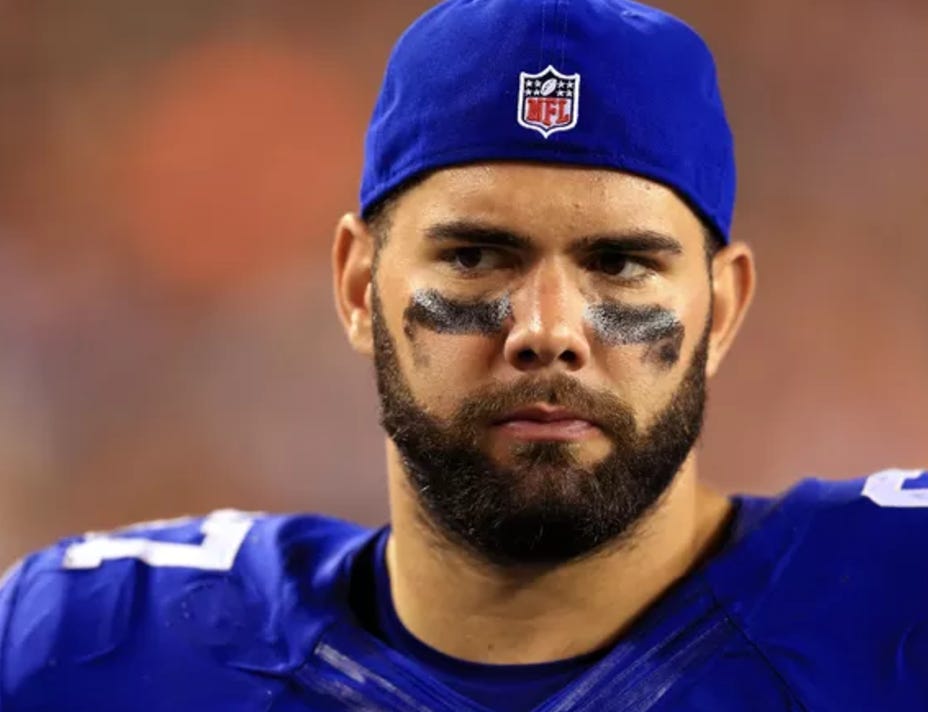 NY - The Giants’ left guard, who grew up in the Philadelphia suburbs, did not mince words Wednesday when asked about the importance of Sunday’s rivalry game against the Eagles. “I just don’t like Philly, to be honest,” Pugh said. “I’m from there, and every time I go back there I don’t get treated right, from my hometown. So it’d be nice to go get this one, and be able to show my face in my hometown when I go back to my (youth) camp this year.” How is Pugh mistreated back home in Holland, Pa.? “I’ll be sitting there with my mom eating dinner, and they’ll be doing ‘Eagles’ chants. Or I’ll go to the bathroom and they’ll say, ‘Go Eagles.’ Down at my shore house, it’s like South Jersey, so it’s all Philly people. … No matter where I go when I’m down there, it’s always like that.” “I think Philly fans try to live up to that whole, ‘Oh, we threw snowballs at Santa Claus. I think they try to live up to that,'” Pugh said. “Kids, like when I was 18-years-old, you to be like, ‘Oh yeah, we’re Philly fans. We’re ruthless.’ But they’re harmless.” Pugh was just getting warmed up. “I was that kid. I can say that, because I was that 18-year-old kid that thought he was the big, bad tough, ‘I’ll come wherever and wear my Philly jersey,”” Pugh said. “Now, I don’t like that kid that I was. Now, that kid’s booing me when I come home.”

First off, Justin, I HATE being one of those NE or South Philly hardo’s who start beating off when they get to say “You’re not from fucking Philly”. But you’re not allowed to say you’re from Philly when you grew up in Bucks County. You simply can’t. Just as I’m not allowed to say it because I was raised in Chester County, us suburban boys must say we are “From outside Philly” to maintain accuracy (with the exception of Delco Degenerates who will, for some reason, proudly boast they’re from DELCO, usually while talking to their parole officer).

Regardless, I don’t exactly follow what Pugh is spewing. He’s upset that people who live in and around Philly don’t give him a hero’s welcome when he comes back into town. Hey man, tough tits. I don’t blame him for switching allegiances to the organization paying you millions of dollars. Charles Barkley said it best: “If they paid me enough I’d work for the Klan.” But there’s no reason to go out of the way and bash Philly just because the fans are passionate. Maybe try not getting shut out for the 3rd straight year at the Linc instead of worrying about getting boo’d as a professional athlete.

And, yes, I’m going somewhat easy on Pugh because he’s a friend of the program. It’s all about politics up here, and when newbies auditioning in on Barstool Idle are rehashing ideas to rave reviews that you’ve already done, you need to tread lightly. Here’s to speaking softly and carrying a big stick.