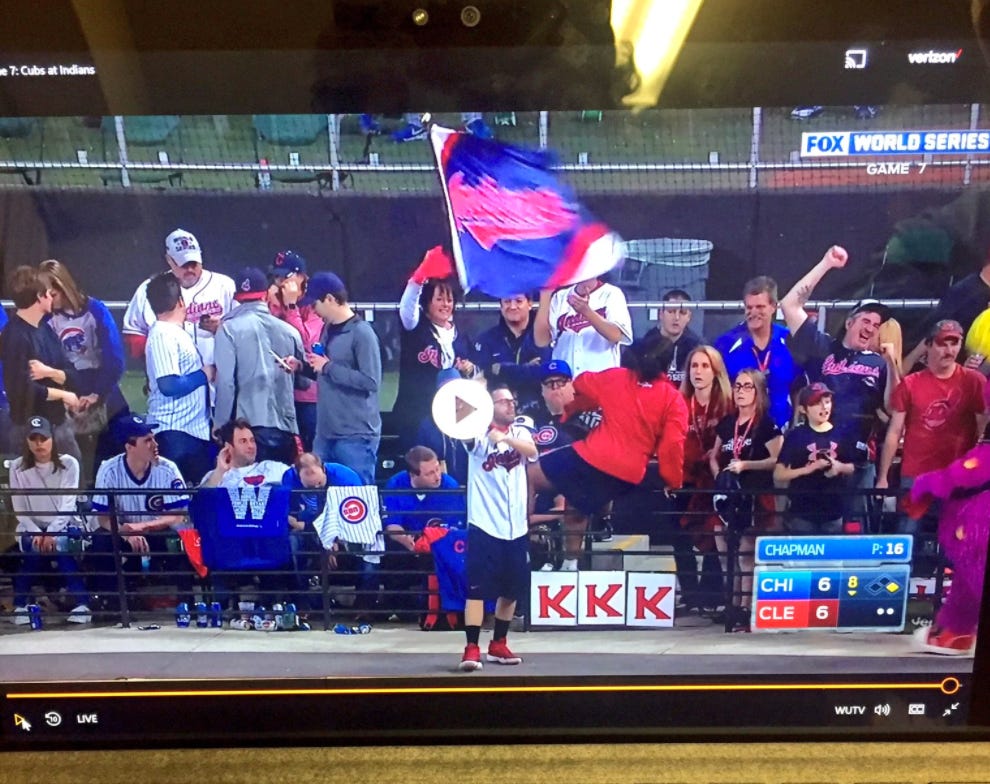 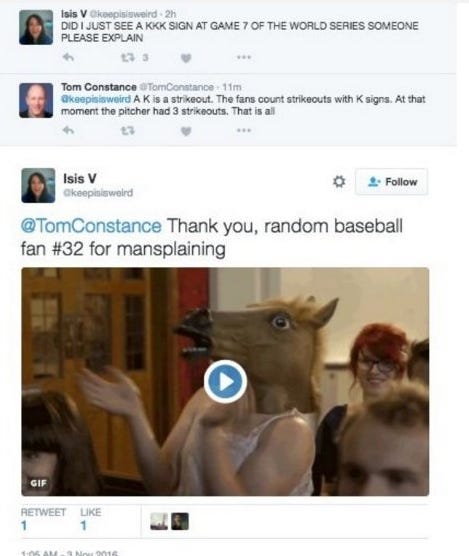 What an outrageous series of events. I mean I don’t know her personally, but I feel pretty confident in saying that Isis V. is the worst human being alive? First for thinking “K – K – K” at a baseball game was for the fucking Ku Klux Klan, and two, more importantly, for receiving an answer to her question about it and instantly calling it “mansplaining.” Seriously what is mansplaining? Is it just calmly factually answering a question that’s asked?

For the record this dude Tom spent basically his entire night personally correcting every one of these people. 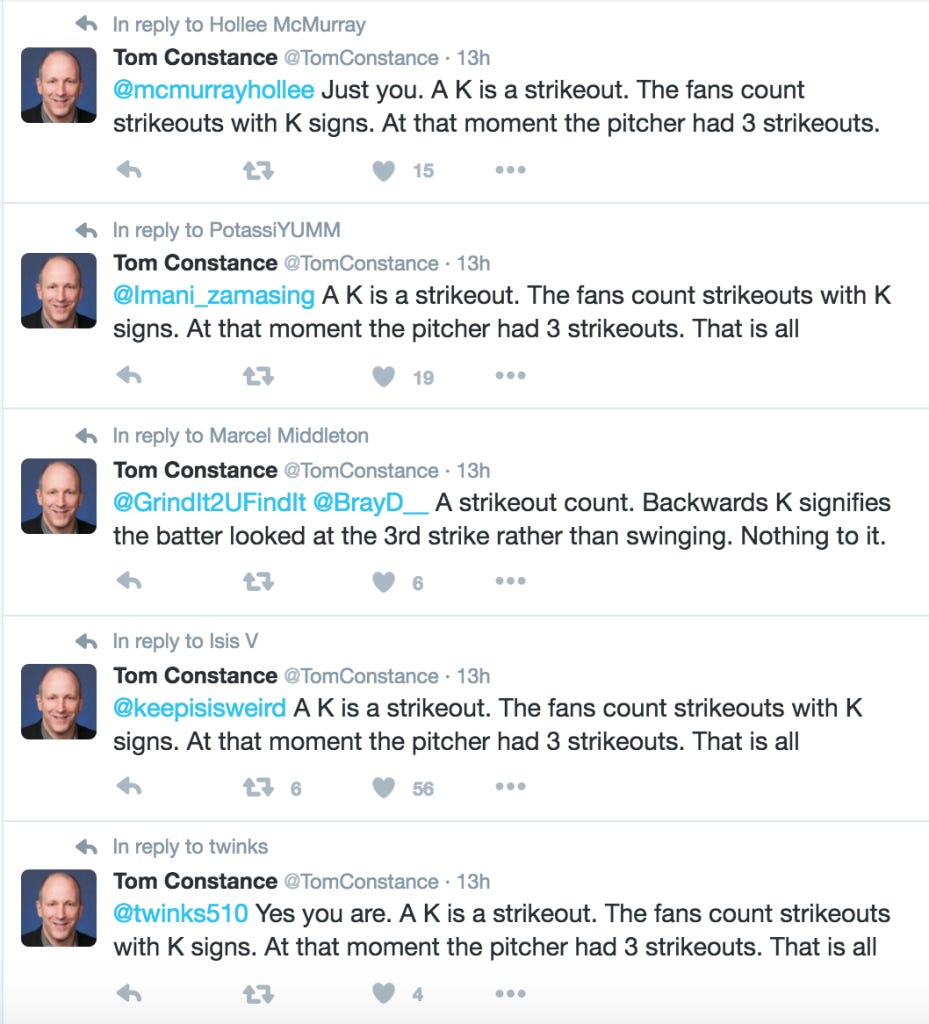 Which is, let’s be honest, a pretty psychopath move. Not an entirely sympathetic figure in this story, somebody crazy enough to do that. But still, at least he knows what K’s mean in baseball.

And there were a TON of people who actually needed to be taught this, people who thought that World Series Game 7 was a glorified Klan rally. Via Mediate…. 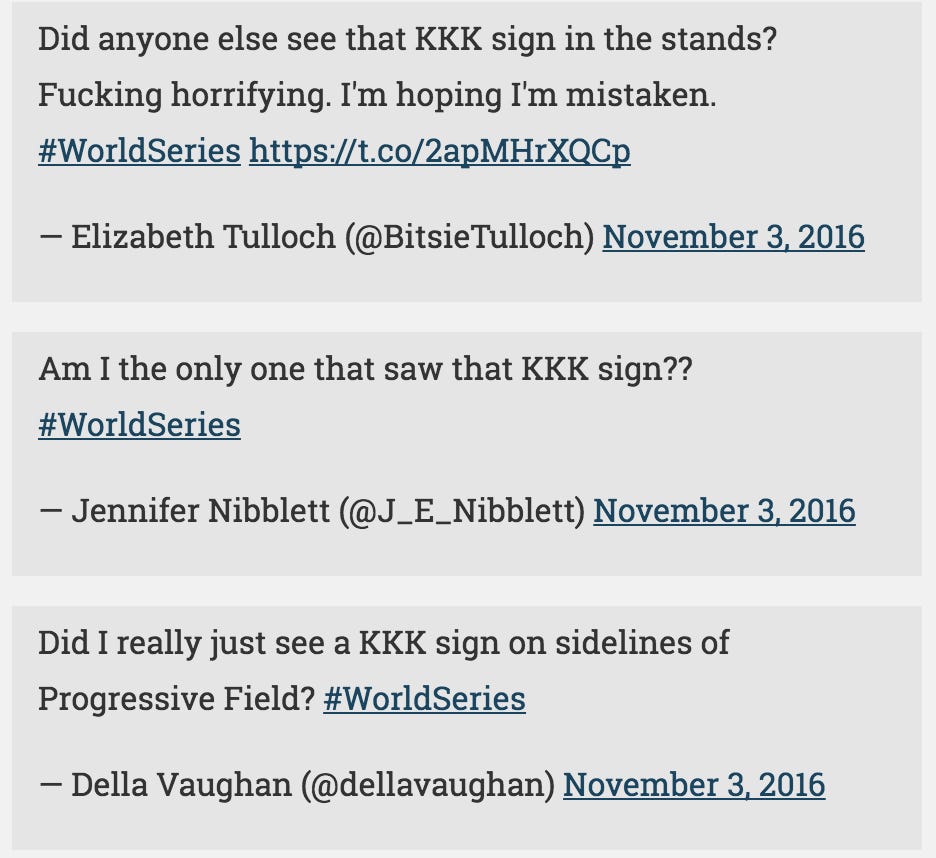 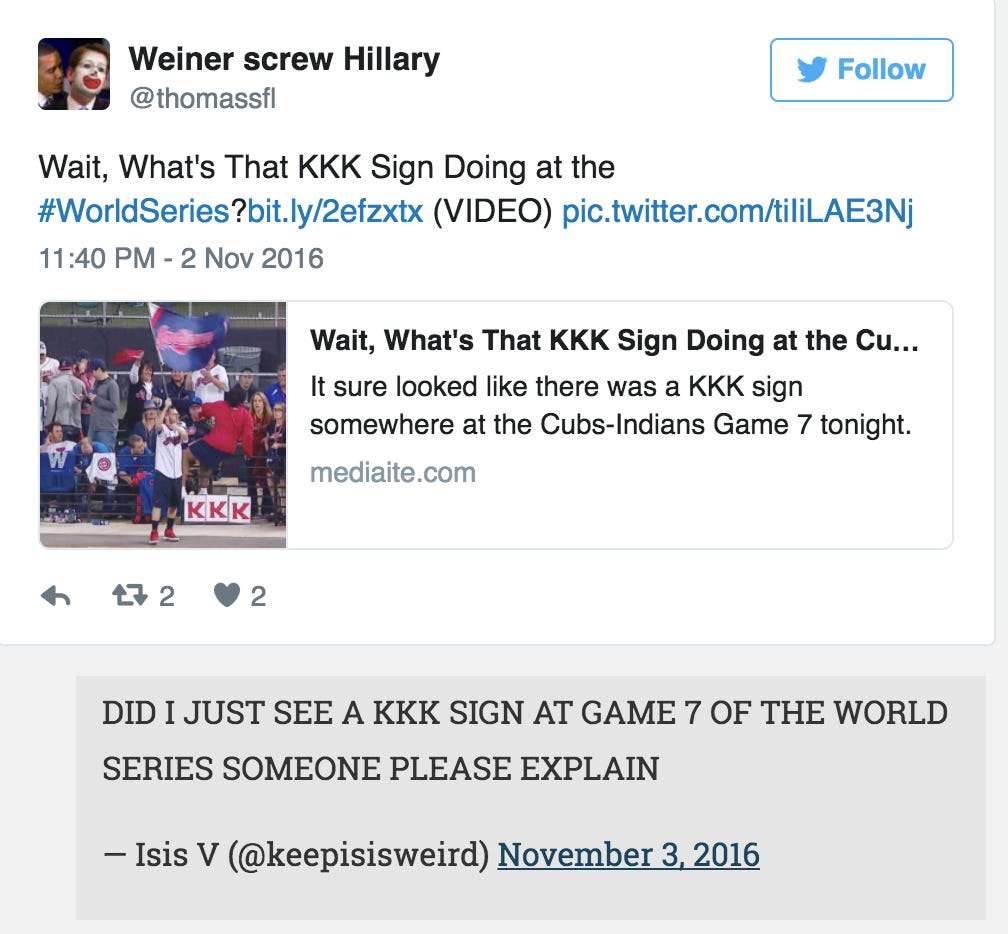 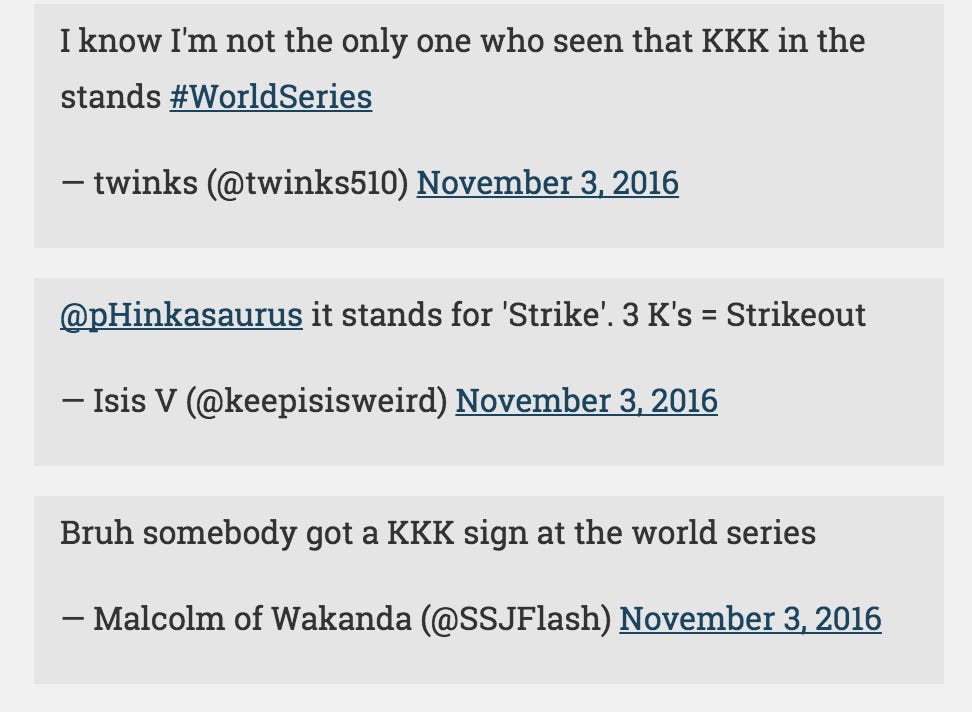 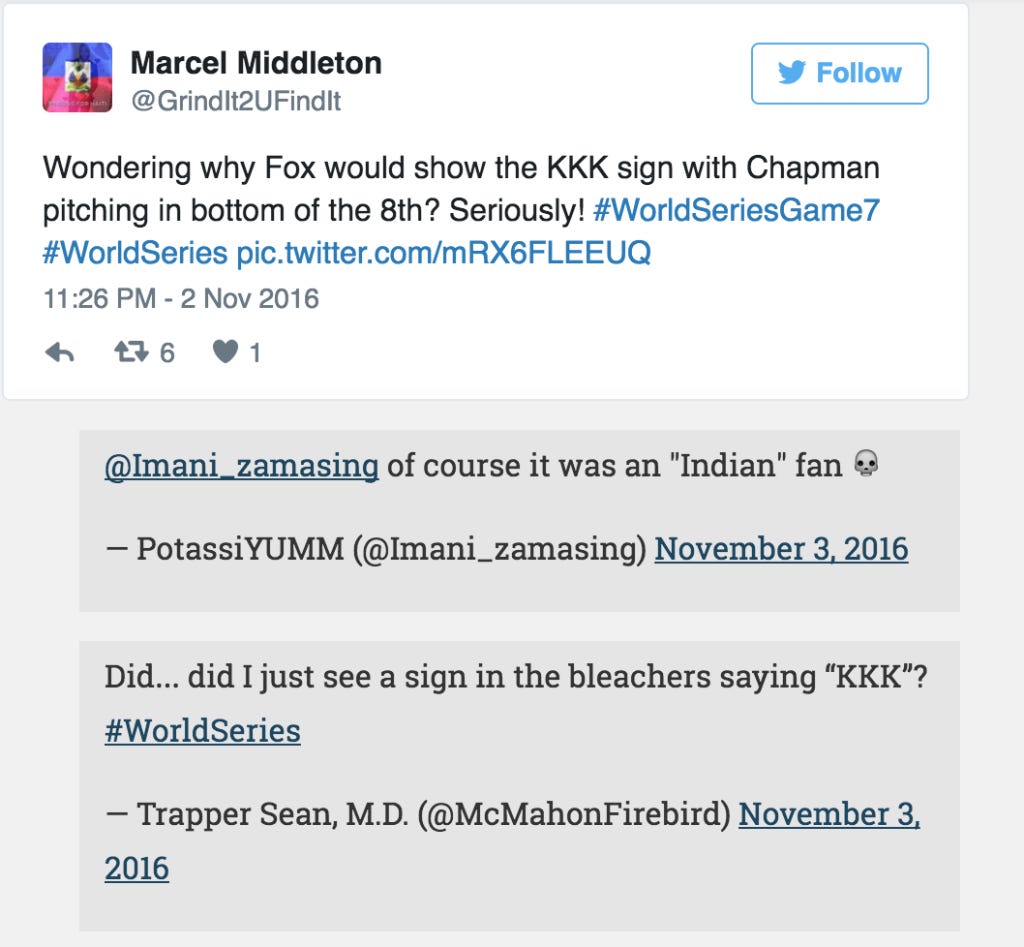 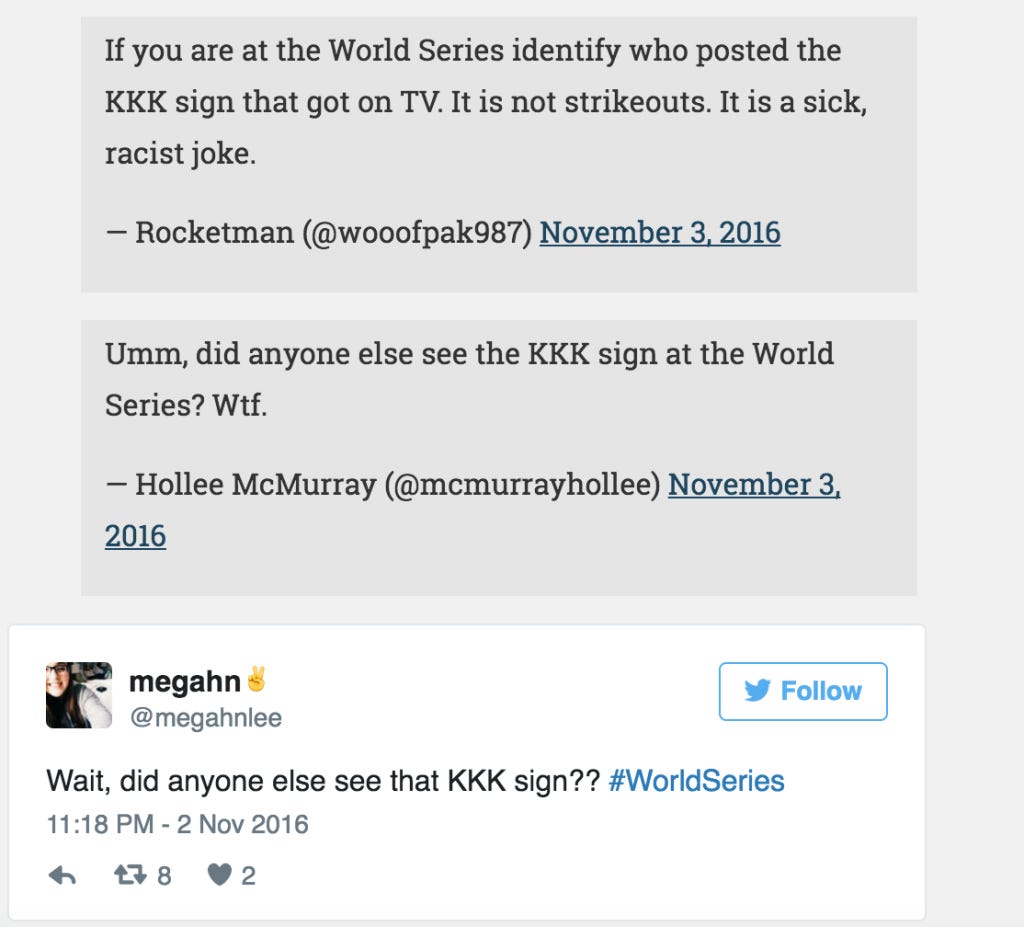 Unfortunately when he got to “KeepISISWeird” his straightforward explanation was not adequate.

Tough break. Never want to be hit with the horsehead gif while simultaneously being labeled a sexist misogynist for clarifying a sports term. That’s a feminist fatality, straight shot right between the eyeballs.