We see a few of these every year. People get way, way too early of tattoos for their teams, be it the Lions Super Bowl tattoo 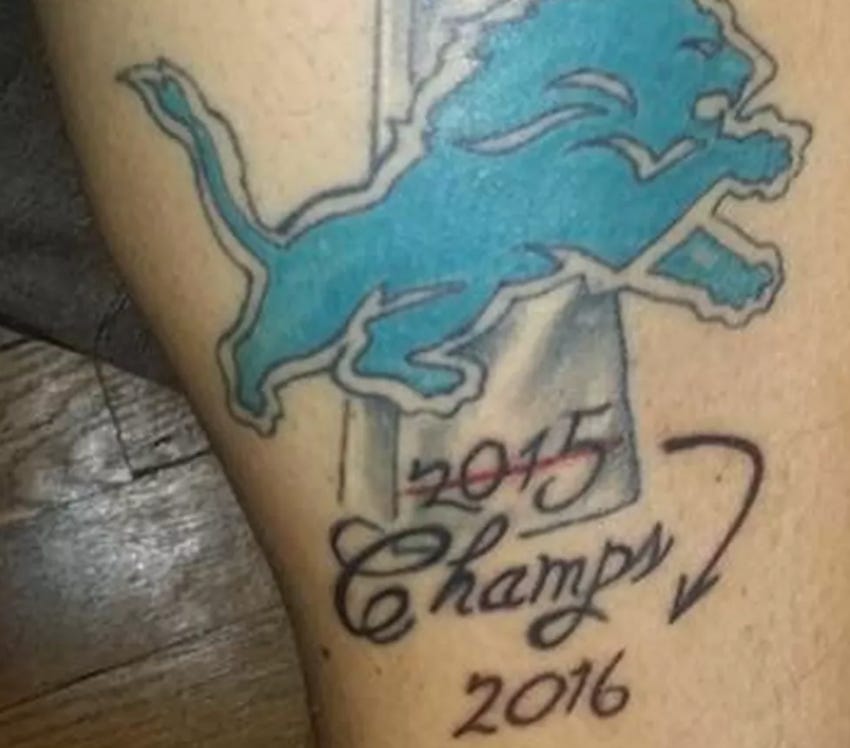 or the 40-0 Kentucky tattoo 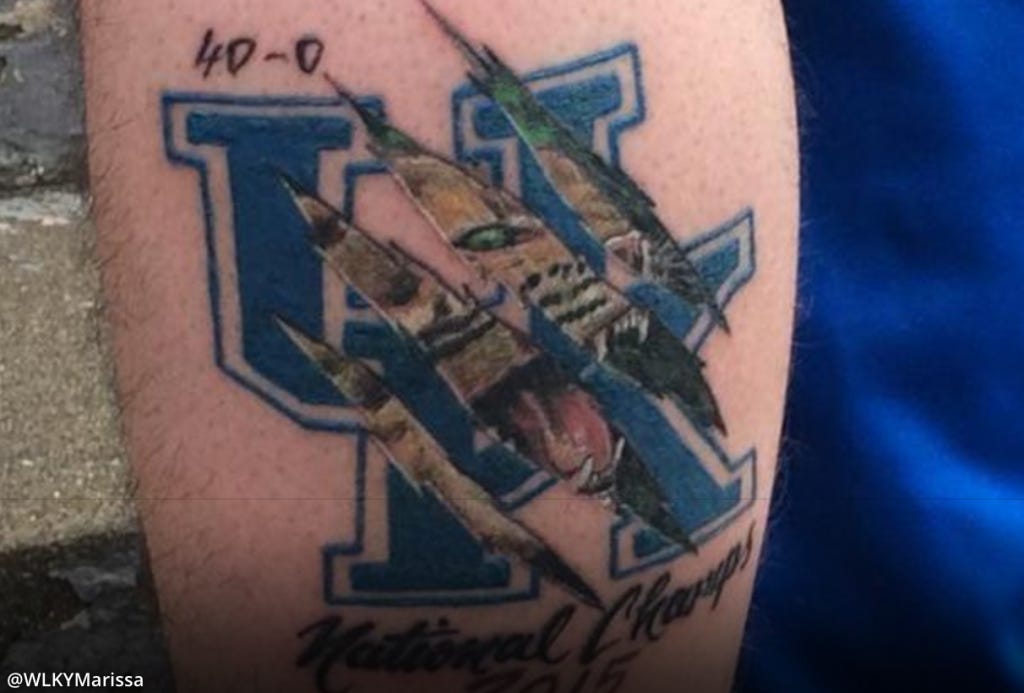 And they plaster them on social media, they get an interview on the local news, a blog on the world renowned Barstool Sports dot com, and then live in infamy as the idiot who jumped the gun too soon.

Which brings us to last night. Ol’ Mike Neero had the Indians big ol’ smiling logo that they don’t even use anymore inked on his arm because he “has faith in Kluber”. As if he hasn’t been a Cleveland fan his whole life. As if 2 good things could ever happen to Cleveland in the same year. And you know Mike Neero has been making “blew a 3-1 lead” jokes every day since the Cavs came back to win their ring in June.

But what it comes down to is these guys just want the RTs. That’s all they care about. The 3 minutes of internet fame. They see it as a can’t-lose situation; if the Indians win the tattoo makes sense, if they lose they get 20k RTs and then talk about it the rest of their lives. This is how I imagine those conversations going:

Tattoo guy: “Yeah but you should have seen the number of likes it got on Twitter”