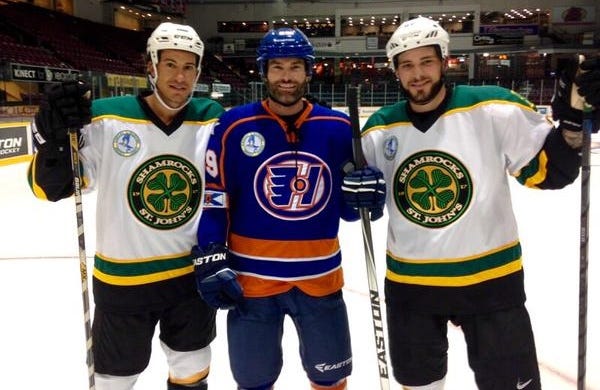 Looks like I’m gonna have to find a way to get myself up North for the red carpet event. March 17 in theaters across Canada, still no word on when the movie premiers in the US. But after years of waiting, GOON 2: The Last Of The Enforcers is finally coming into our lives.

One thing I’ll never understand are the hockey fans who didn’t love GOON. Ross “The Boss” Rhea is an all time legend. Xavier LaFlamme is the biggest pussy on the planet but goddamn does the kid have a set of mitts on him. Jay Baruchel is great, Dougie Glatt is an underdog who is impossible not to root for. And the movie highlights the greatest role in all of sports. The hockey enforcer. I feel like it’s mostly an older crowd who feels the need to shit on GOON because they feel the need to compare everything to Slapshot. But in a world where there are simply not enough hockey movies, we need to love and cherish every single one of them. Which is why GOON is easily in my top 5 of all time (there are barely 5 total, but still).

1a. The Mighty Ducks Trilogy