There were so many parts to last night’s Game 7 that almost felt scripted. The 2-run shot in the 8th to tie it up. The rain delay right before extra innings. And then, of course, the fact that the game came down to former Philadelphia Phillies legend Michael Martinez in the bottom of the 10th with 2 outs, the tying run on 1st and the winning run up at the plate. Could this man right here be the savior that Cleveland has been searching for? 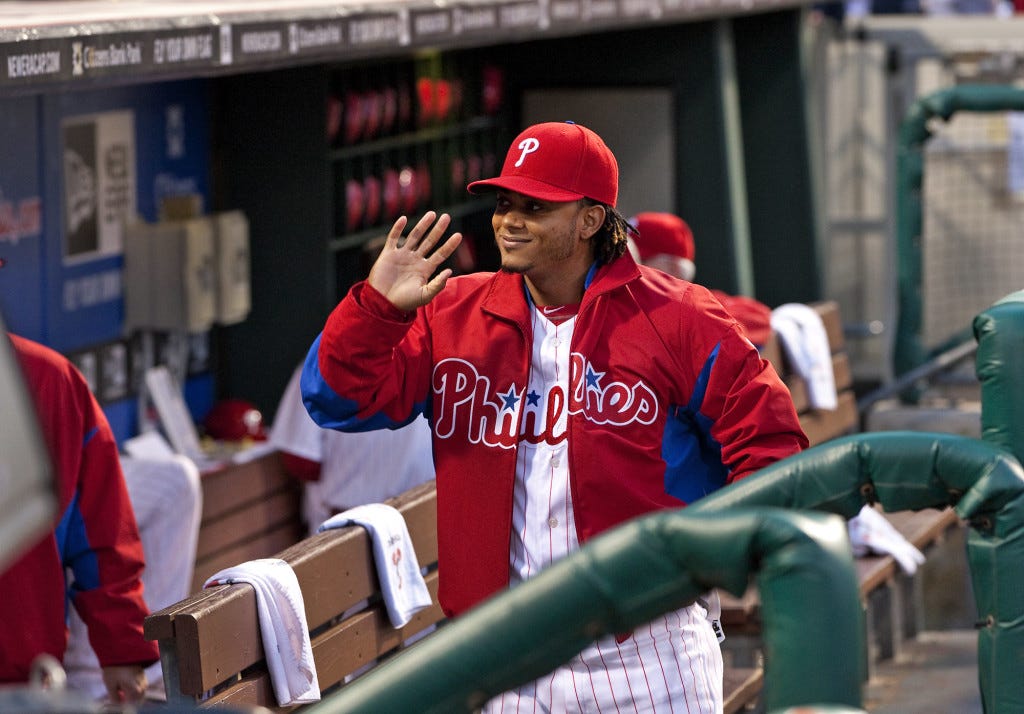 162 games played in Philly. 364 at bats. 5 home runs. Maybe not. Again, it’s all so perfect. Cleveland has long been one of the most miserable sports cities in American history. But with just one swing of a bat, they had the opportunity to be both NBA Champions and World Series Champions in the same year. And then it all comes down to a dude who spent the majority of his pro career in Philadelphia and brought that Philly stench over with him to Cleveland. Honestly… I love Michael Martinez for this. This might actually be the best thing he’s ever done for Philly fans. They say that misery loves company. And now Cleveland is right back down in the shitter with us. Yeah they got their one championship under their belt. But after blowing a 3-1 series lead like this, it almost completely cancels the Cavs out. I’m not proud of being in the same category as Cleveland but at least we’re not alone down here. So from the bottom of my heart let me say thank you, Michael Martinez.

Sidenote: Cubs win their first World Series title in 108 years after a Michael Martinez ground out. Blackhawks won their first Stanley Cup in 50 years in Philadelphia. I think the entire city of Chicago owes us all a great deal of gratitude.