Sometimes you just have to be amazed that Trump is some billionaire real estate mogul with a couple toes inside the Oval Office. Most the time he’s a total bro. Just some dude kinda talking about politics, banging hot chicks, and giving himself pep talks. Telling himself to stay on point, to keep it together, right smack dab in the middle of a campaign speech. Pretty much a perfect microcosm of his campaign — Trump clearly veering off point while referring to himself in the third person telling himself to stay on message. And the people eat it up. Crowd loves it. Riggs loves it. Major news networks lead with it. 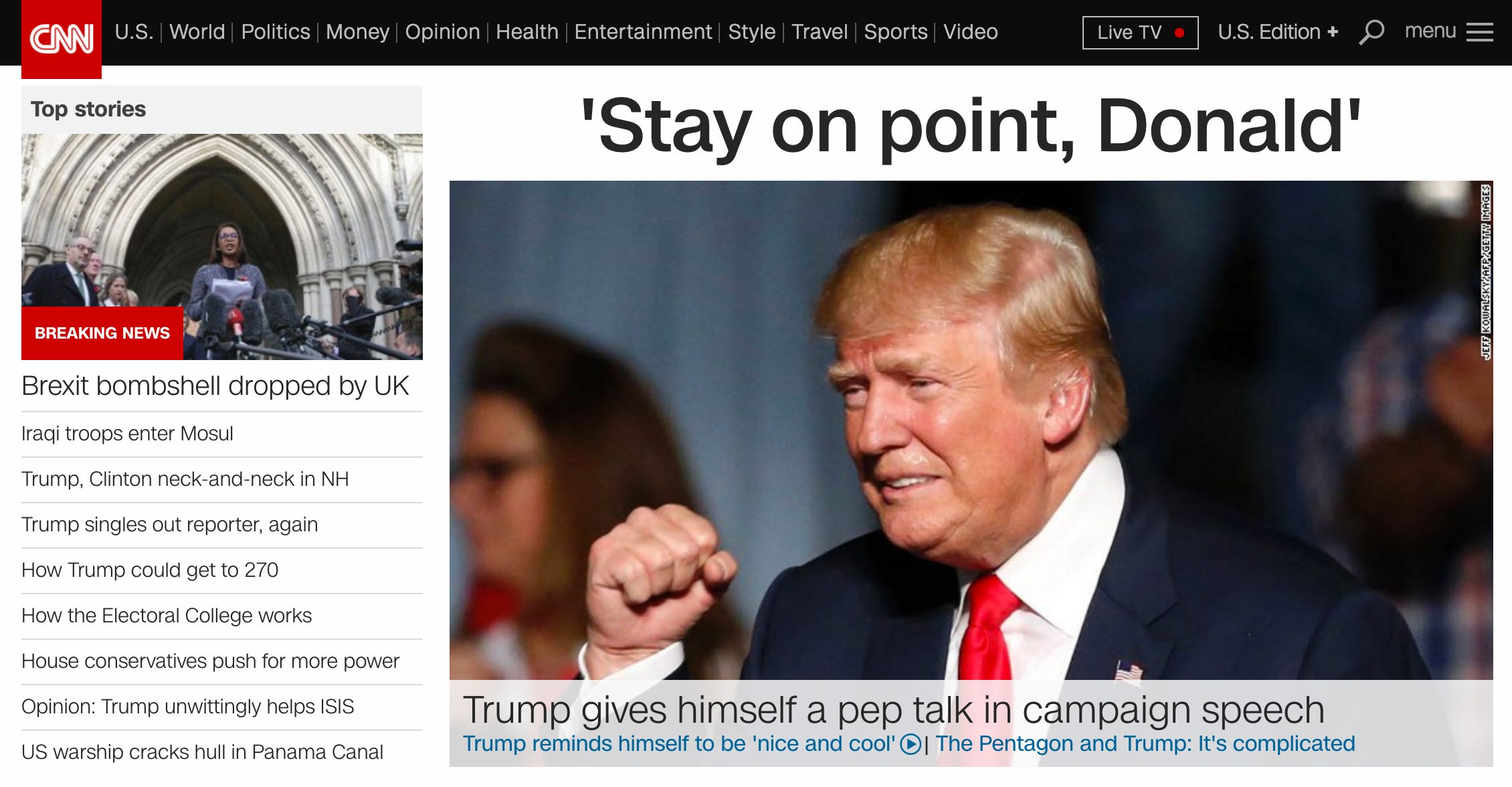 Pretty funny how predictable us voters are; if Trump wins, he’ll be the 6th bro elected POTUS in a row. Barry? Like him or not, total bro. George Dubya? Maybe the biggest bro in the POTUS fraternity. Slick Willy? You don’t earn the name Slick Willy for nothing. Bush 41? Have you ever seen his sock game. Also he went skydiving at age like 90. And Ronald? Nothing needs to be said about that man.

You really have to go back to Jimmy Carter to when we last elected a total squid. Pretty good run we’re on here.