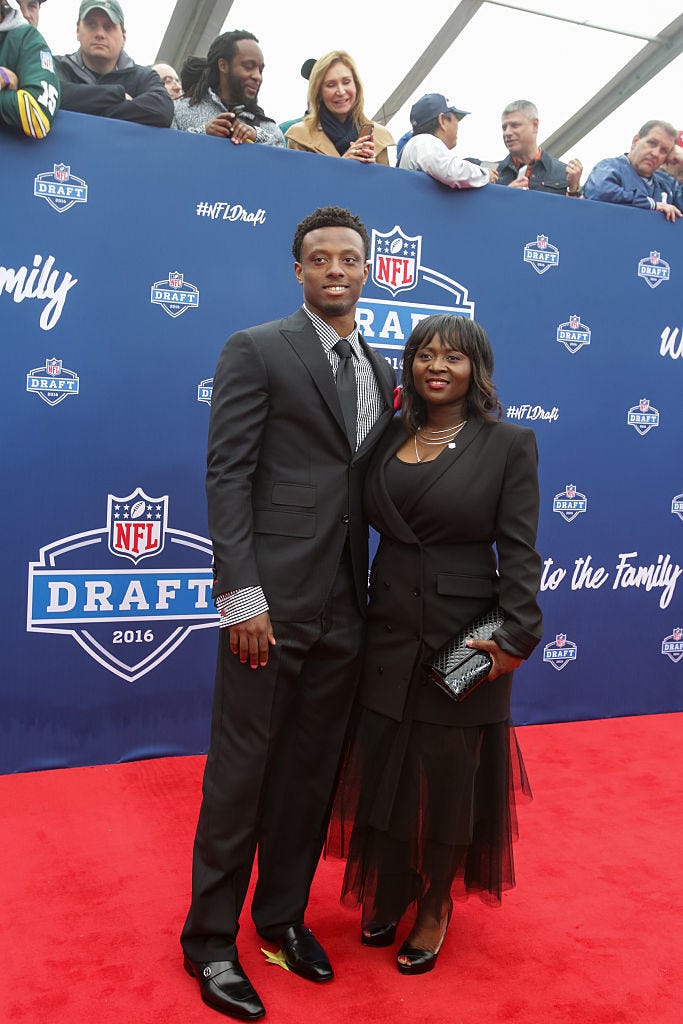 NY Post- Eli Apple is in the midst of a fine rookie season with the Giants. His mother’s battle with the team, though, shows no signs of ending. Annie Apple continued her criticism of the Giants on Wednesday in a story she wrote on SI.com as a follow-up to her displeasure with the organization’s handling of the Josh Brown domestic violence case.

Annie Apple, who wrote last week about being the victim of domestic violence, said she was “livid” with the Giants, not only because of how team owner John Mara addressed the situation earlier — when he told WFAN that Brown “admitted to us that he’s abused his wife in the past. And I think what’s a little unclear is the extent of that” — but also because she felt the team was putting pressure on her son to handle the situation.

“I was livid with the Giants, not just because of John Mara’s comments but I was disappointed in the organization because I felt they were leaning heavily on a 21-year-old kid in an effort to control what his mother says,” Apple wrote. She added that no one from the Giants organization reached out to her after her criticisms, which also left her disappointed.

I think we all knew that there was a chance that the Giants were going to have a problem with Annie Apple when it became clear that she didn’t have a filter. I don’t think we knew it was going to be her sharing her own horrific experiences with domestic violence after the Giants and NFL botching the living shit out of a domestic violence case involving a fucking idiot kicker. But that’s what happened. I love Annie Apple’s candor and honesty. Sure, there is noooo way the Giants wanted to have the mother of one of their players in the media. But make no mistake about it, this wasn’t Annie Apple picking on the Giants. They botched that Josh Brown mess up so badly, it had ramifications everywhere. Hell, Annie Apple was basically the biggest Giants fan after the Giants drafted Eli. Remember her predictions before the season? 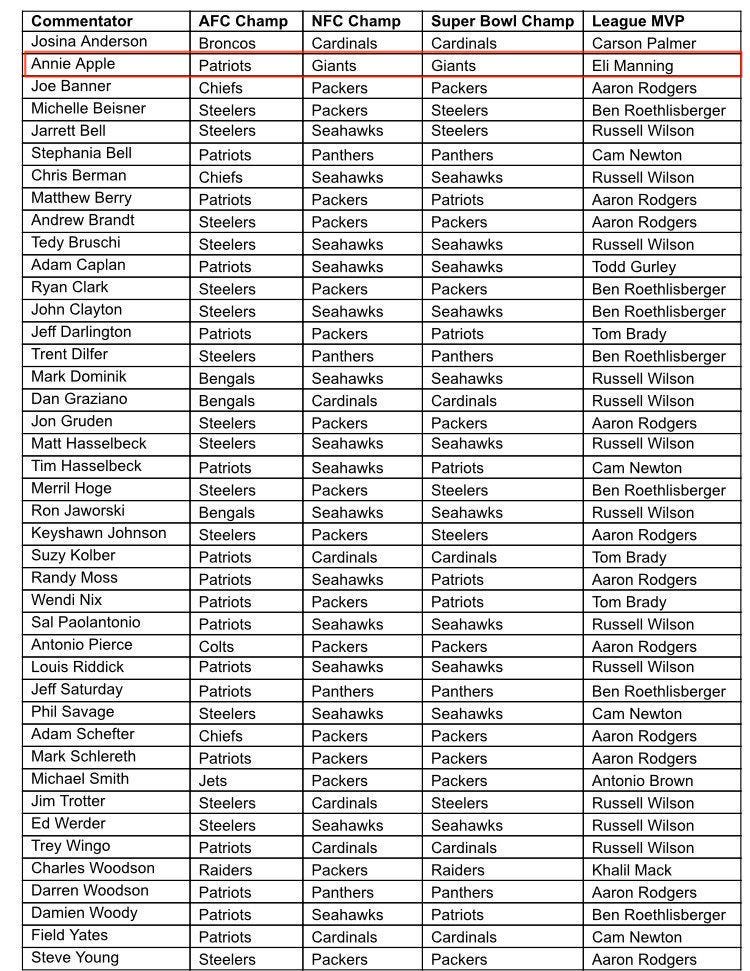 That’s someone not only drinking the Giants Kool Aid, but also making it with extra sugar so it tastes really good. And instead of just being a supportive or at least neutral franchise during this ugly situation, they fucked it up again by leaning on her son. It’s such a bad look for a franchise bumbling things like this and puts their rookie DB in a rough position with his mom on one side and his employer on the other. I wish we could just go back to the happier days when my football mom was making me smile and the Giants front office wasn’t making me cringe. 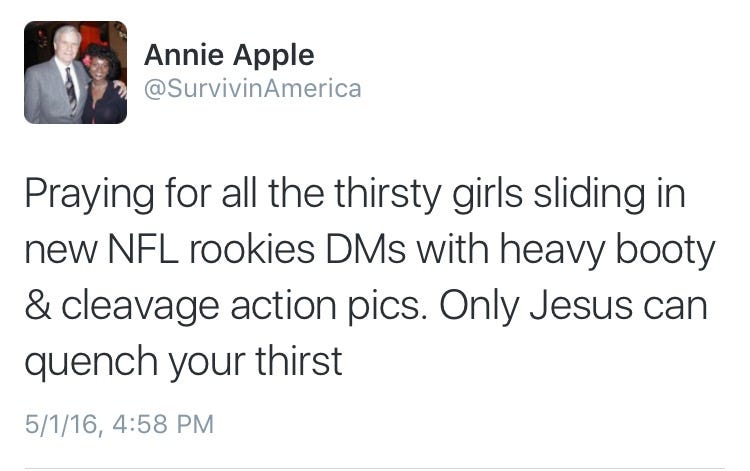