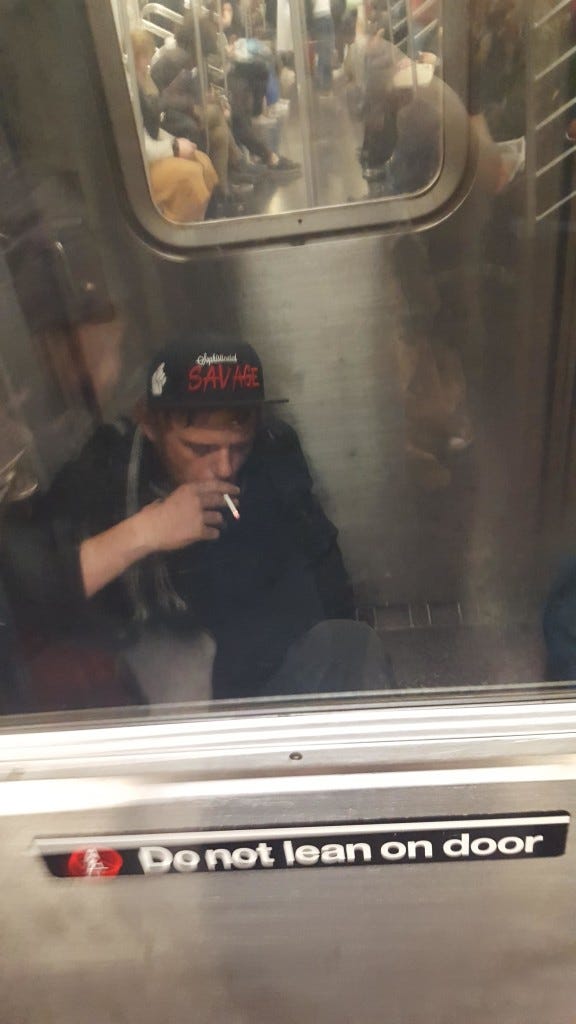 Yup, that hat basically says it all. I don’t care if there is a pack of carnivorous subway rats on your train or a homeless guy that smells like he died (or actually did). Very few people with a functioning human brain will pass between the cars on a subway while it is moving, let alone casually sit on it. I don’t know if it’s because you basically are taking your life into your own hands when you step on that piece of sheet metal in the moving dumpster or what, but those door handles are probably the least touched thing on the train. Instead people will just hold their breaths and form a sea of humanity from one train to the other until the next group of idiots hop into the empty train. So shout out to this dude by risking life and limb in order to save everyone else some second hand smoke. He may be a crazy motherfucker, but he is definitely in the top 1% of most considerate New Yorkers in this entire city.