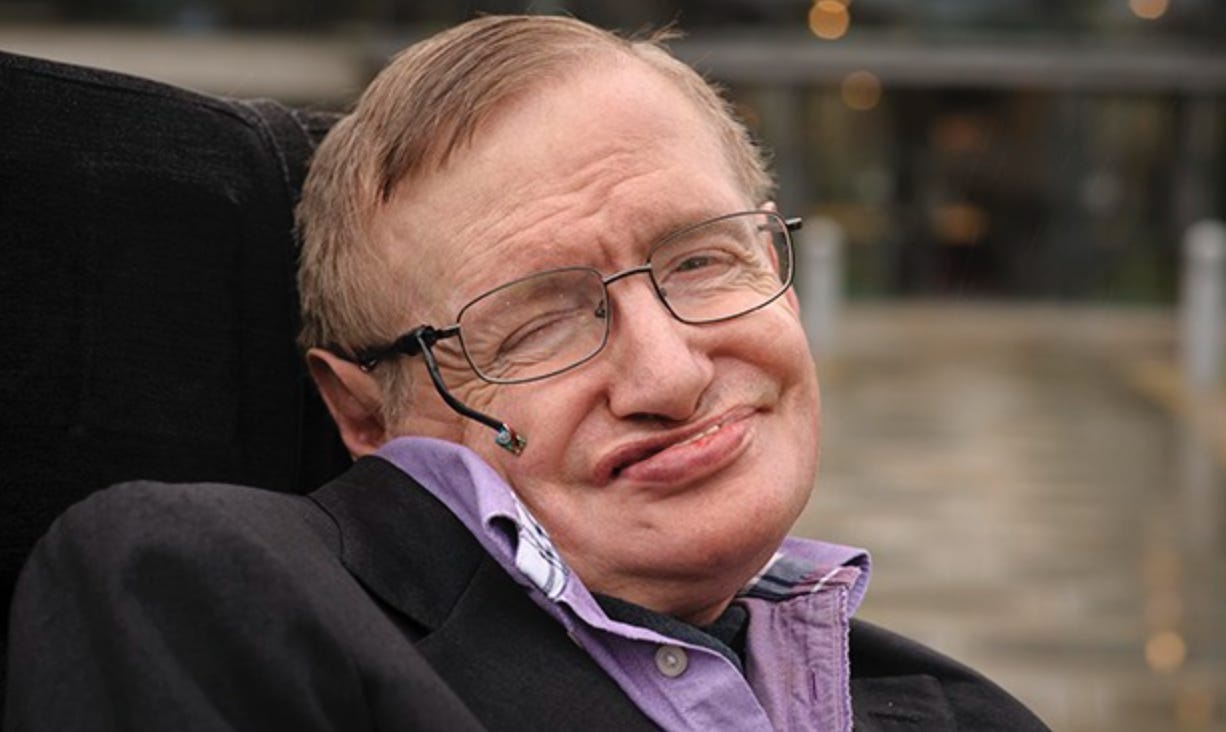 LONDON — Professor Stephen Hawking grapples with some of the most profound and complex questions known to humankind. But there’s one issue even this world-renowned genius doesn’t care to tackle: Brexit. At the ‘Pride of Britain’ Awards on Monday night, Hawking received a lifetime achievement award from Theresa May. In response, he said: “Thank you Prime Minister for those very kind words. “I deal with tough mathematical questions every day, but please don’t ask me to help with Brexit.”

Whenever I blog about Stephen Hawking it’s almost exclusively to shit on the guy. He’s the ultimate pessimist. Which I don’t totally disagree with as a worldview cause the pessimists are almost always right but still. It’s just that Hawking is SUCH a downer all the time. Any time he makes the news it’s cause he’s saying either A) robots are going to pass us in intelligence and destroy us some day or B) aliens are gonna show up one day and destroy. It’s all very doom and gloom with him. Again, he’s probably right cause he’s super smart and bad things are gonna happen eventually, but give it a rest. We all know we’re gonna die, pal. With all that said, you gotta love the guy’s sense of humor. Even more so, it’s hard to hate on a guy who can deliver punchlines using a computer voice. Your writing has to be superb and crisp for a monotone computer voice to get laughs. He crushed that Brexit joke outta the park. People were falling outta their seats with laughter. So while I still hate the guy I gotta give him props on that.