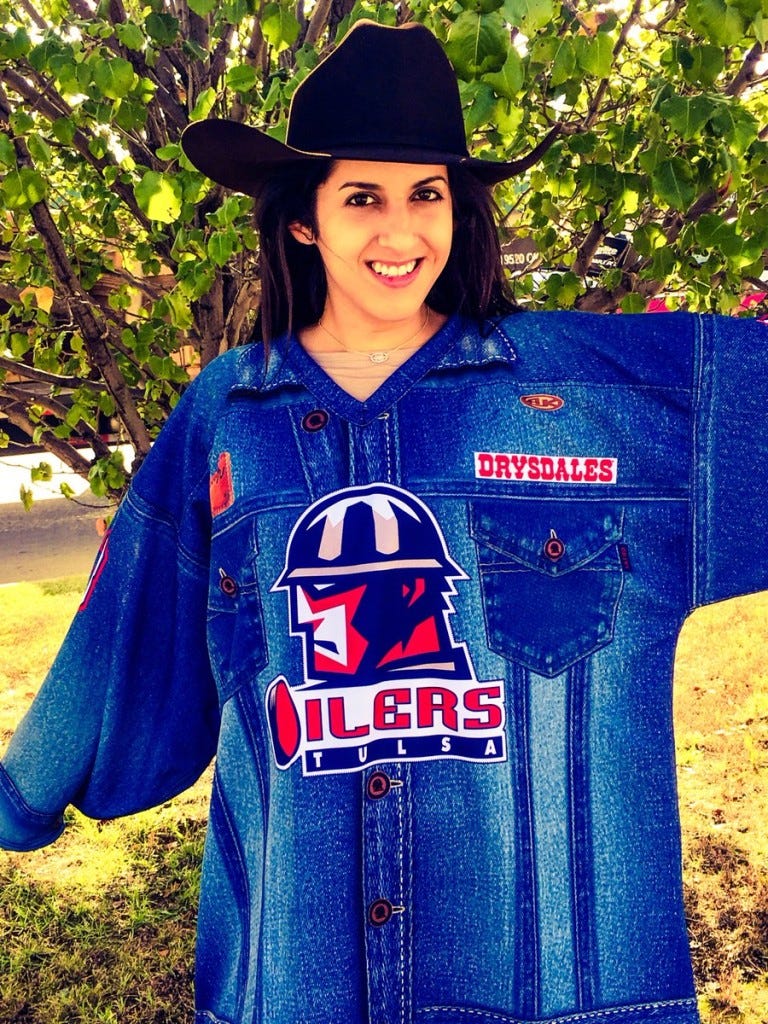 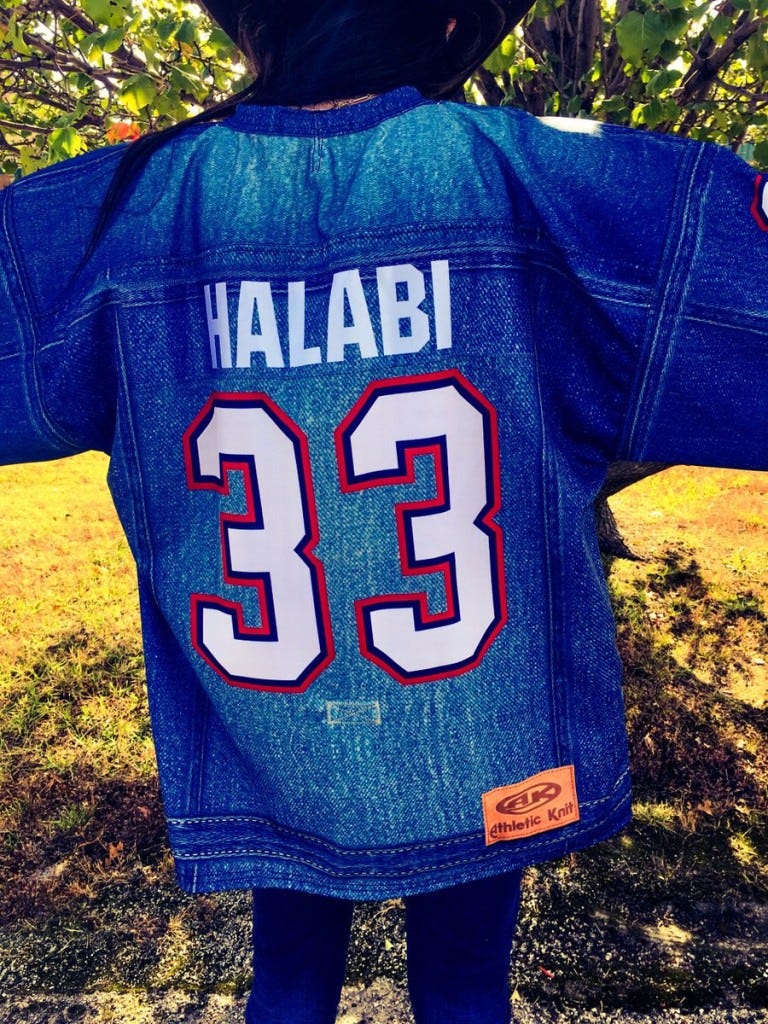 I don’t know when and I don’t know why. But somewhere along the annals of fashion history, somebody deemed Canadian Tuxedos to be unfit for public display. Sorry but it’s your loss if you hate versatility, practicality and comfortability.  As soon as that temperature dips into the 50’s, it’s denim-on-denim season. Reminds me of being a kid playing a little puck on the frozen pond after a long day of riding my moose through the woods to harvest some maple syrup while listening to Alanis Morissette sing about the irony of moving to America and no longer having free health care even though that’s not actually ironic, just an unfortunate situation like the rest of her examples. But sure, keep shitting on jean jackets just because some asshole decided that once the 90s were over that denim-on-denim doesn’t serve a practical purpose anymore.

Anyway, this isn’t the first jean jacket hockey jersey that we’ve ever seen and it certainly won’t be the last. But everybody loves a classic and these bad boys will be a real beauty out on the ice in front of a sold out crowd of 136 people in Tulsa this Friday for the huge Oilers vs Missouri Mavericks tilt. ECHL Rivalry Night, baby. Ain’t nothin like it.

P.S. – I got trapped in an elevator last night. No big deal or anything. Suffered some serious emotional trauma but I’m still blogging today. Anyway, only reason why I think I survived the truly horrific experience was thanks to my denim shirt.

It’s Canadian Tuxedo season, bitches. Get used to it.