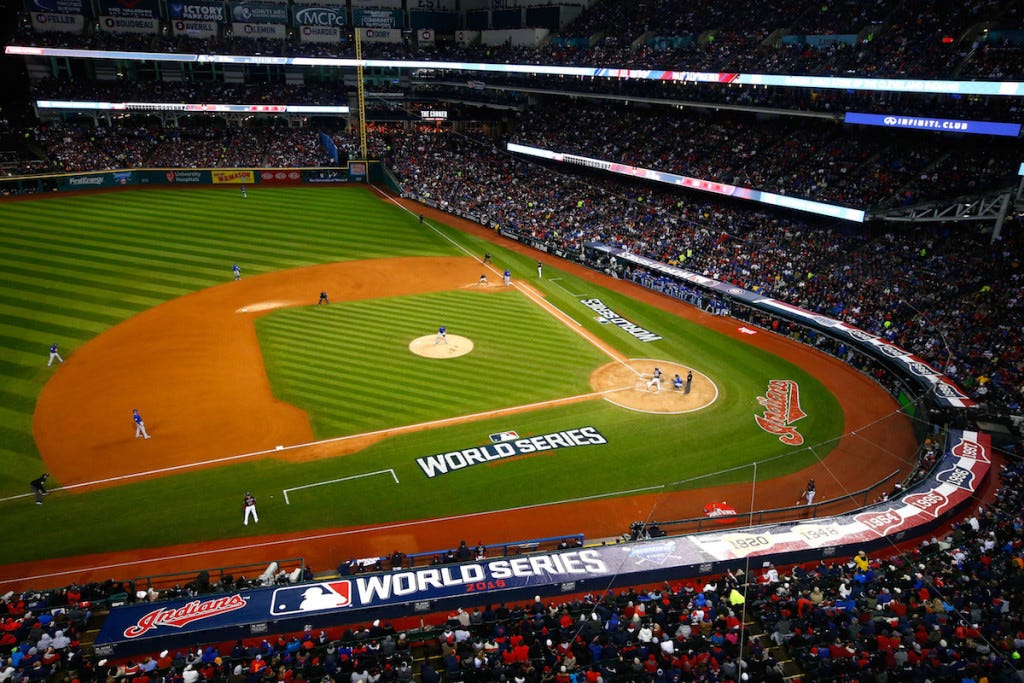 It’s only a one-game difference, but the feeling going into Game 5, with the Cubs potentially losing the World Series having only won one game in the series, to now — there’s just something about the Cubs win in Game 5 to send the World Series back to Cleveland that almost changes the whole dynamic of the series. Now, it feels like a series that either team could realistically win, whereas just one game ago, what a disappointing finish to a great matchup it would’ve been had the Cubs lost in five games.

Don’t get me wrong — the Indians still have the clear advantage, given that they’re up 3-2, but it goes beyond that. During the regular season, the Tribe was tied with the Texas Rangers for the best home record in the American League, and they were also the second best offensive team while playing at home. However, neither of those factors had an impact in Game 2 of the World Series when tonight’s Game 6 starter, Jake Arrieta, carried a no-hitter into the sixth inning en route to a Cubs win. Oh, and Arrieta will be pitching on extra rest versus Josh Tomlin, who will be pitching on short rest.

Tomlin, if you recall, wasn’t even supposed to be in the Tribe’s postseason rotation. He was, more or less, their fifth starter. I think that speaks more to how good the Indians’ rotation was all year long, as opposed to Tomlin’s talent level, because Tomlin could’ve been as high as a No. 3 starter on most other teams. That being said, fifth starter or third starter, he’s been one of the best pitchers in the postseason this October. Out of the 16 pitchers who have made at least two starts this postseason, Tomlin’s 1.76 ERA trails only Corey Kluber (0.89), and Kyle Hendricks (1.31), who would be slated to start against each other in Game 7, if needed.