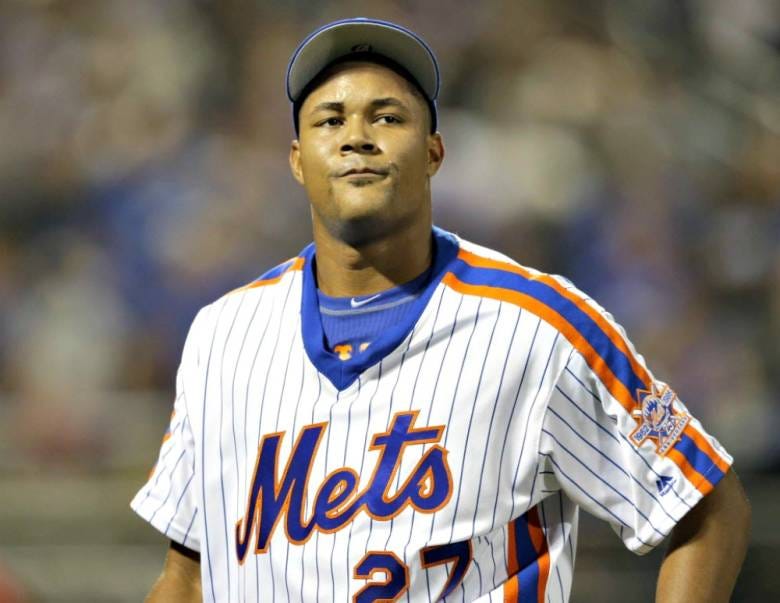 Norht Jersey – Jeurys Familia, a New York Mets star All-Star pitcher who was featured in a new ad campaign for an anti-domestic violence organization, was arrested on a domestic violence charge this week, according to a complaint filed by authorities in Fort Lee municipal court. Police said in the complaint that Familia caused “bodily injury to another” and that they observed a scratch to the chest and a bruise to the right cheek of the victim, whose name was redacted in the court papers provided to The Record on Tuesday. “The matter was brought to our attention and we are monitoring the situation,” the Mets said in a brief statement on Tuesday. Familia, 27, who is identified in the complaint as Jeurys F. Mojica, was charged with simple assault, a disorderly persons offense, according to the complaint. A Facebook page that appears to belong to Familia uses the name Jeurys Familia Mojica to identify him. The date of birth on the complaint matches the date of birth given for Familia on the Mets’ website. The alleged incident took place in Fort Lee on Monday, according to the complaint. Fort Lee Police Chief Keith Bendul had declined to provide details on Monday when he was asked about the alleged incident, saying only that police officers had responded to an apartment on Park Avenue at 2:22 a.m. Monday morning after being called about “a dispute.” He did not identify the parties involved or specify whether charges had been filed. The complaint had not been filed with the judiciary by the time the court closed on Monday but was available on Tuesday. Police officers said in the complaint that they found probable cause “to believe that domestic violence had occurred.”

Hey ASSHOLES. Stop hitting your girlfriends and wives. Pretty awesome rule to live by – dont beat women. Unreal, man. Crazy how two of the most mild mannered, seemingly friendly guys – Reyes and now Familia (Mojica?? WTF) – are the two guys with domestic violence charges against them. Guess douchebags can come in all shapes, sizes and colors. Its a particularly ROUGH look when you were just in an anti-domestic violence commercial:

For the sake of his wife and child, I pray this is a one time lapse of judgment and not a Josh Brown situation where its been occurring to them over and over again. As for the baseball team, Familia has been Armando Benitez part 2 the past year or so. He puts up big numbers but hes shaky and unreliable and after 2 postseasons in a row he developed a knack for blowing it in a big spot. Closers are nearly impossible to come by but if this was the end of the Familia road I wouldnt bat an eyelash. If this incident was truly bad and its over for Fam, good riddance.