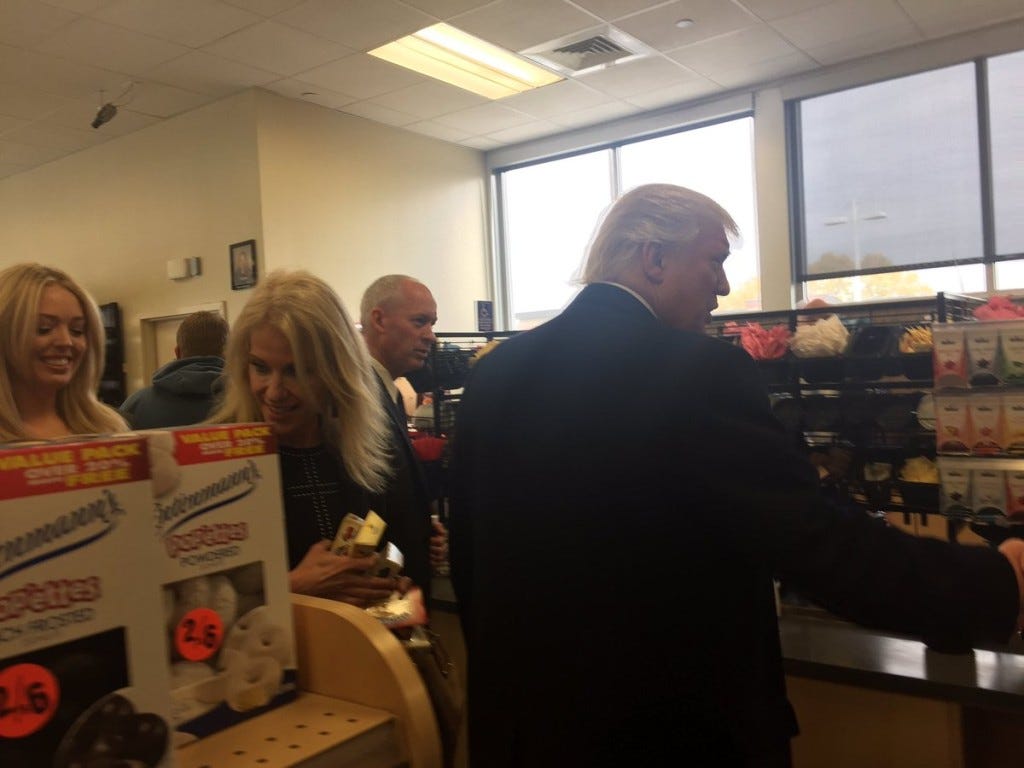 Donald Trump has spent the past 18 months of his life on creating the image that America is doomed. Crooked Hillary is going to drive this nation into the ground. China is going to takeover as the #1 power in the world. ISIS is going to kill us all and with Obama/Crooked Hillary taking all our guns, there’s no way to stop them. The only way we can avoid this is to elect him into office so that Donald Trump can Make America Great Again. But today–just a week away from Election Day–that all changed. Because today, Donald Trump realized that we don’t need to make America great again because America has never stopped being great in the first place. At least not since 1964 when the first ever Wawa was opened.

Now we need to figure out what the Donald got from America’s favorite convenience store. It’s November which means that it’s officially Gobbler season. If you don’t know what a Gobbler is, maybe you should read a book. Nothing better than getting a full Thanksgiving dinner in the version of a sandwich from a gas station. Did he maybe smoke a bowl before leaving town and decided to get a buffalo chicken tender sandwich to cure his munchies? Did he get coffee? Did he get iced tea? The possibilities are endless. All I know is that if Donald Trump tweets out a picture of himself face-deep in a pile of TastyKakes, he’ll have my vote next Tuesday. But if he just stopped in for a candy bar and a Pepsi, well then he should be the one the FBI is investigating.