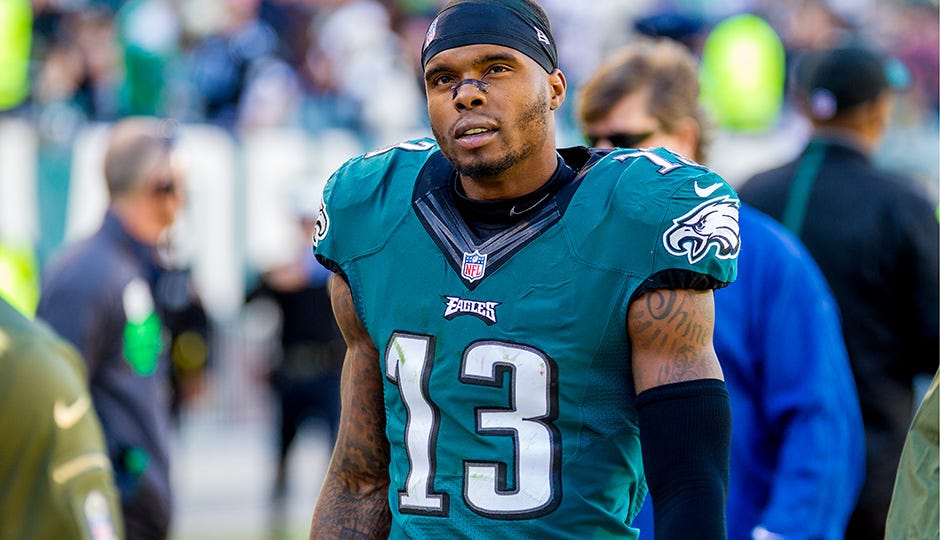 PHILADELPHIA (CBS) — Sources tell Eyewitness News that Philadelphia Eagles wide receiver Josh Huff was arrested on the Walt Whitman Bridge Tuesday morning. According to sources, Huff was allegedly speeding and in possession of marijuana and a gun. It is unknown if the gun is registered and if he has a permit. The Camden County Prosecutor’s office is investigating. Huff has 13 catches for 72 yards and one touchdown this season, his third. He also has a 98-yard kick return touchdown.

CULTURE! Oh, wait, we don’t worry about that anymore. Especially since Nigel Bradham just pleaded not guilty for being a “Dumbass” and beating the piss out of a 50-year-old hotel worker over an umbrella stand. And the WR formerly known as the Nigerian Nitrus being accused of raping strippers at freaking Cheerleaders on a WEEKDAY AFTERNOON. Regardless, not a good look for Huff Huff Pass. Anytime a possibly unregistered gun is involved is risky business. Especially when you’re a fringe player whose only worth his weight on Special Teams. I know the circumstances were different, but Plaxico Burress was a superstar when he got locked up for shooting himself in his sweatpants with an unregistered piece.

And what’s with Philly athletes going light speed over bridges? Okafor got busted going 108 over the Ben Franklin earlier this year and now Josh Huff. I agree, it’s best to get out of New Jersey as quickly as possible, but come on. Gotta be Driving Miss Daisy when you know you have ample dank and a gun in your ride.