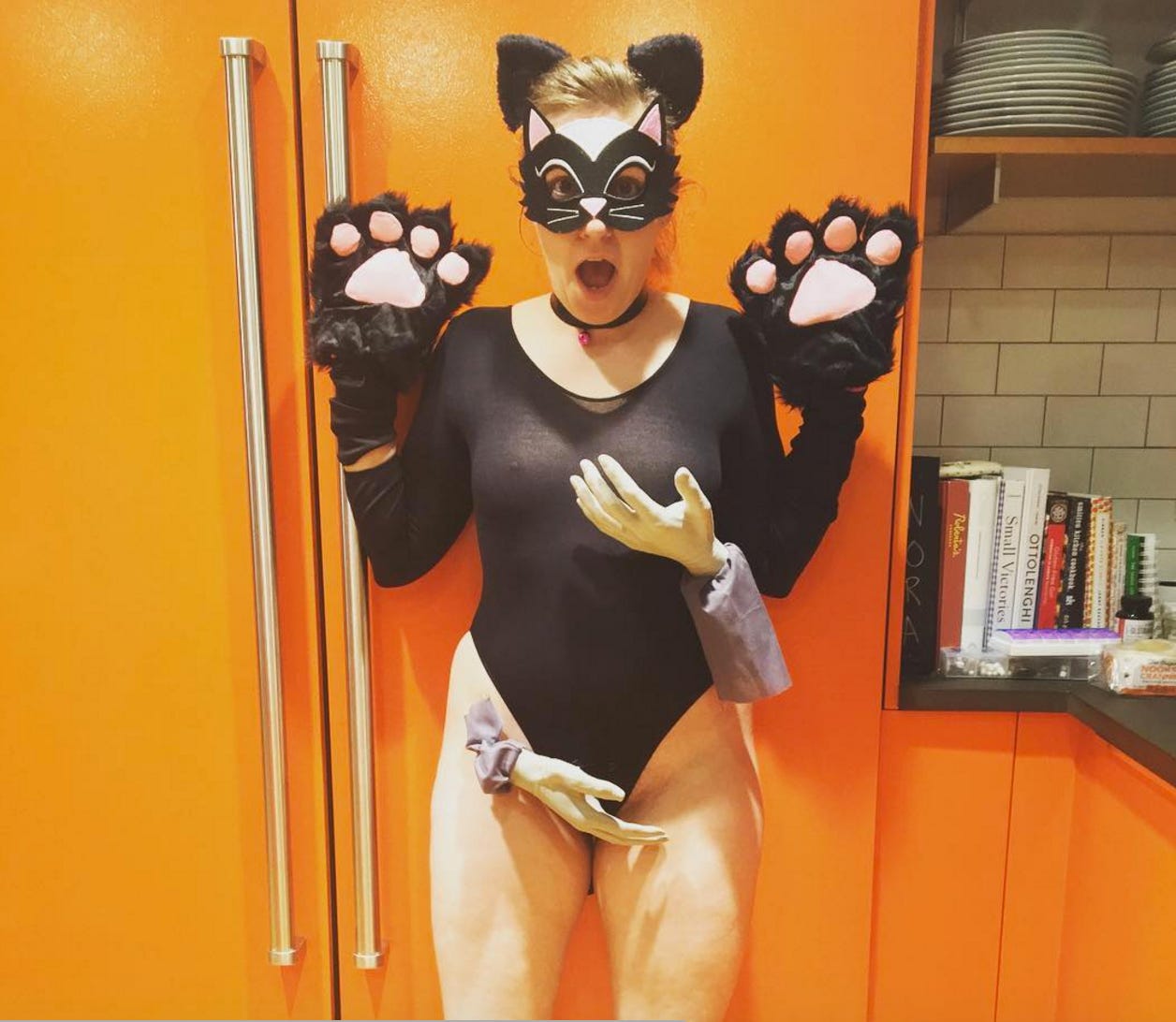 Business Insider – That’s right, she went out as a “Grabbed P—y,” as she called it. She’s of course referring to the now-infamous remark Donald Trump made while shooting a segment for Access Hollywood back in 2005, which leaked in October. “I know that hearing those words was painful for everybody,” she told People of the inspiration behind the costume. “I think women, and people of color, and Muslims who have been searched at the airport, and transpeople who have been denied their rights, all know what it feels like to have their body taken from them. Those comments aren’t just about women — they were about everyone whose body is treated like the property of other people.”

This bitch. You dont get to be all outraged and offended and say your horrified of Donald Trump and then turn around and dress in a Trump spoof costume. Thats some hypocritical, double standard bullshit. I mean dont get me wrong – its a great costume. If a chick that didnt look like an uncooked Thanksgiving turkey wore it, it would be an A+. Not even sure how you even put a costume on when you’re a bag of milk, but anyway. The point here is that you can treat Trump like the anti-christ and say you’re afraid and embarrassed and moving to Canada and blah blah blah, and then put together a Grab Her By The Pussy costume for laughs and likes on Instagram. Normal people can do that. Not you. Not after this crusade you’ve been on. And dont act like you’re raising awareness or making a statement. You walk into the party, you take your jacket off, you point to that hand and you go “Get it? Im Grab Her By The Pussy!” and all your dickhead friends laugh and you feel funny and validated. Thats what the rest of us do on Halloween, thats what you’re doing too.

You’re not special. You’re not some activist. You’re just a regular ass person who uses their fame to be annoying as shit.