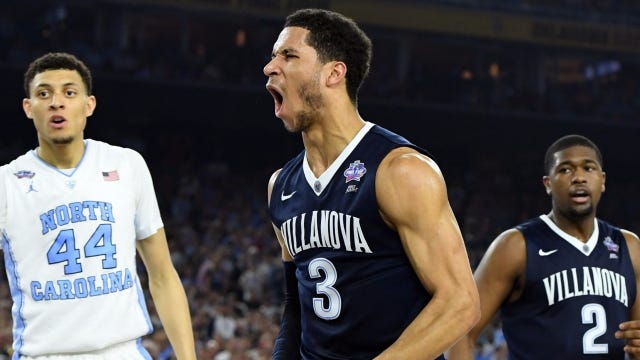 The Big East finally got what it needed last year. They succeeded in March. More importantly Villanova succeeded in March. That was always the knock on the ‘new’ Big East as a team like Nova would win 30 games and be home in time for Jay Wright to be on CBS for the Sweet 16.

On top of that Xavier finally looked the part of a major program as they were a No. 2 overall seed before losing on a buzzer-beater to Wisconsin. The conference got five teams into the NCAA Tournament and that should be the case again this year.

Five Storylines to Watch in the Big East

This is the one everyone will be talking about. A large portion of the core group of guys that won the title last year are coming back and looking to repeat. More importantly the best player from that team is back for another year in Josh Hart. While everyone is expecting Kris Jenkins or Eric Paschall to have big years, look for Jalen Brunson, who should have the ball in his hands more often without Arch there anymore and Wright has already said he wants him to run the offense.

The AP poll came out this week and Xavier is checking in at No. 7 – the highest preseason ranking in school history. They have two future NBA players in Edmond Sumner and Trevon Blueitt to go with a strong supporting cast led by JP Macura. They will have some nonconference challenges going to Colorado and Baylor while also hosting UNI and Utah, so we’ll have an idea just how good this team is as conference play starts.

Seton Hall was expected to make the big jump this year before Isaiah Whitehead declared for the NBA Draft. They are still a top-4 team in the Big East and have three guys in Khadeen Carrington, Desi Rodriguez and Angel Delgado, who can solidify this team as a NCAA Tournament team.

Butler will begin life after Roosevelt Jones and Kellen Dunham, who both were in school for approximately 17 years. Jones was the safety blanket for the Bulldogs. He was an unconventional player – a bullish ‘guard’ that had no outside shooting ability. However he finished at the rim and was able to defend multiple positions. This team has talent on the roster, but without two guys who could bail them out of a bad possession or late in the game, where do they go now? Tyler Lewis has to step up on this team.

It was rough for Chris Mullin in his first year as head coach at St. John’s. The Red Storm finished 8-24 and won just 1 game in the Big East, a home win over DePaul. However, this year they don’t have to play Federico Mussini at point and move him back to his natural off guard spot, while running a backcourt with two good freshmen in Marcus LoVett and Shamorie Ponds. If they can compete in more games and win 4-5 Big East games, you’ll see Mullin continue to recruit well.

No surprise here again. I picked Hart as my preseason National Player of the Year as he was one of the most efficient players in the country last year. This year he’ll look to be more aggressive, but playing in Jay Wright’s system he’s still going to score efficiently. He’s a unique player in the sense that he plays more of a forward spot despite being a guard, but thanks to his strong rebounding Villanova can get away with it.

There aren’t a ton of freshmen in the conference this year, which is somewhat shocking. Shamorie Ponds though is a very-skilled player, who can score and is wired to score. He’s a gifted combo guard because of that and his ability to distribute. Look for St. John’s to run a lot of pick-and-rolls with him and the ball to be in his hands.

Creighton is slotted into that third spot to start the season as they have one of the best backcourts in the country with Marcus Foster and Mo Watson. If they have a strong nonconference, look for them to constantly be in the top-20 throughout the year.

Podcast: I sat down with Terrence Payne of NBC Sports to discuss the ACC and Big East. We predicted how we think the season is going, what coaches have the most pressure to win and spend quite some time talking Syracuse. Check it out here: