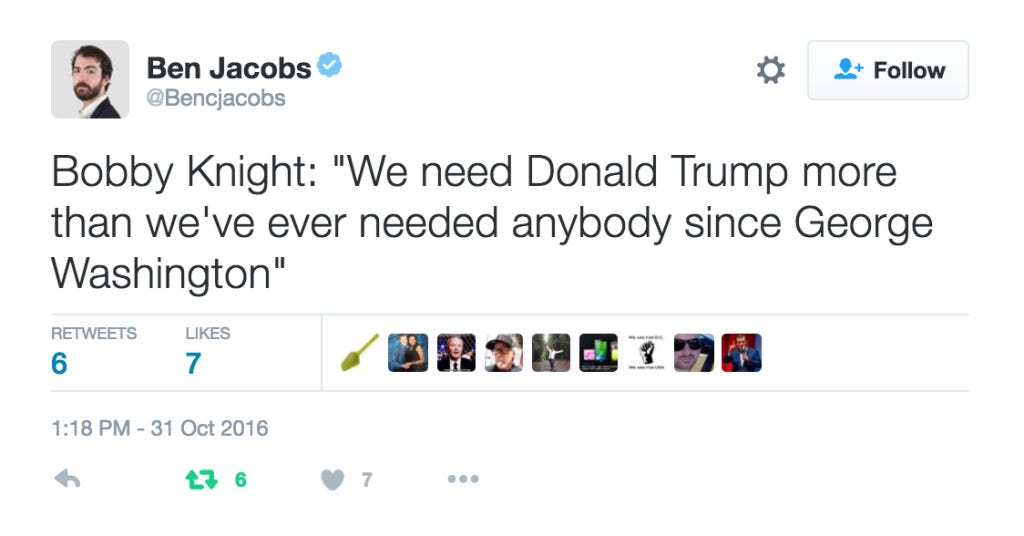 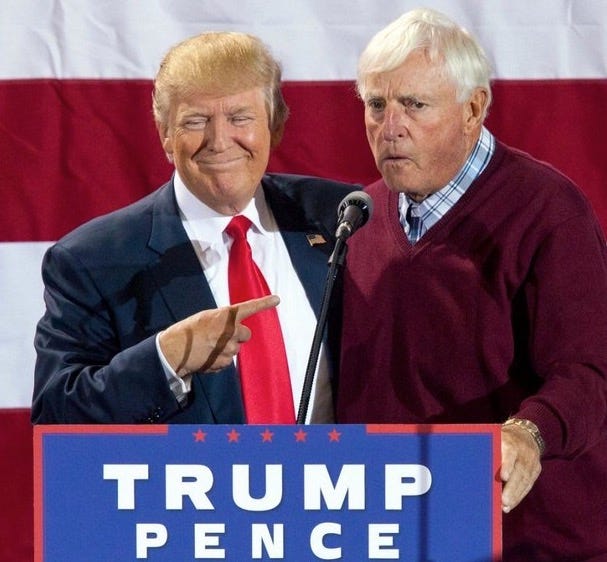 Bobby Knight is so fucking full blown senile and I love it. Nobody has ever been more cut out to be a senile angry old white man than Bobby Knight, ever. I mean you could be the biggest Donald Trump fan of all time, I don’t even think his most hardcore supporter on planet Earth would say America needs Donald Trump as much as anyone since George fucking Washington. That’s like – the entire history of America. Literally. George Washington and Donald Trump, two peas in a pod. God bless Bobby. 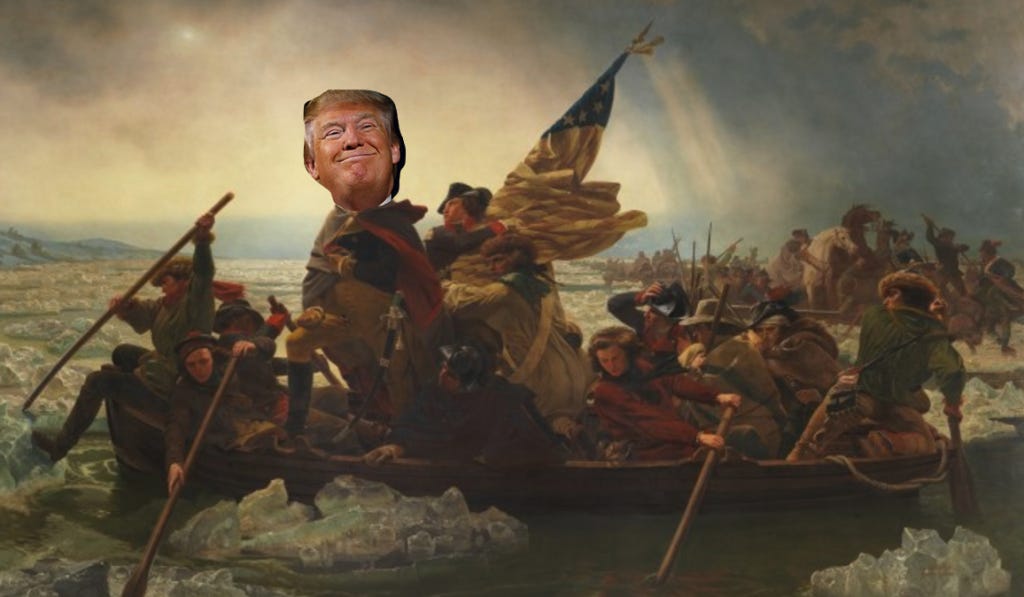 Also love how he’s still getting his shots in.

Knight, the outspoken former Indiana head basketball coach, was in Grand Rapids on Monday. An ardent supporter of Republican presidential candidate Donald Trump, he was charged with warming up the crowd and introducing Trump during a Michigan rally.

Along the way, Knight decided to acknowledge any Wolverines fans in the house.

“I went to Ohio State instead of one of your favorite schools,” Knight told the crowd, according to MLive Grand Rapids reporter Lauren Gibbons.

The crowd immediately responded with a heavy boo.

Knight, in turn, responded: “You know we beat your ass most every time we played you.” [MLive]

If Bobby Knight can’t get you on the Trump Train nobody can.