I’ve seen a lot of snot rockets in my life, most of them on the baseball diamond. Never in my life have I seen anything like those two mucus missiles. But I’d honestly expect nothing less from Jon Lester. The postseason is his stage, and the World Series is his playground. He knows how bright those lights are. He knows it’s time to go big or go home. He knows everybody’s watching. And he knows that nothing less than greatness is acceptable.

Look at the blast radius: 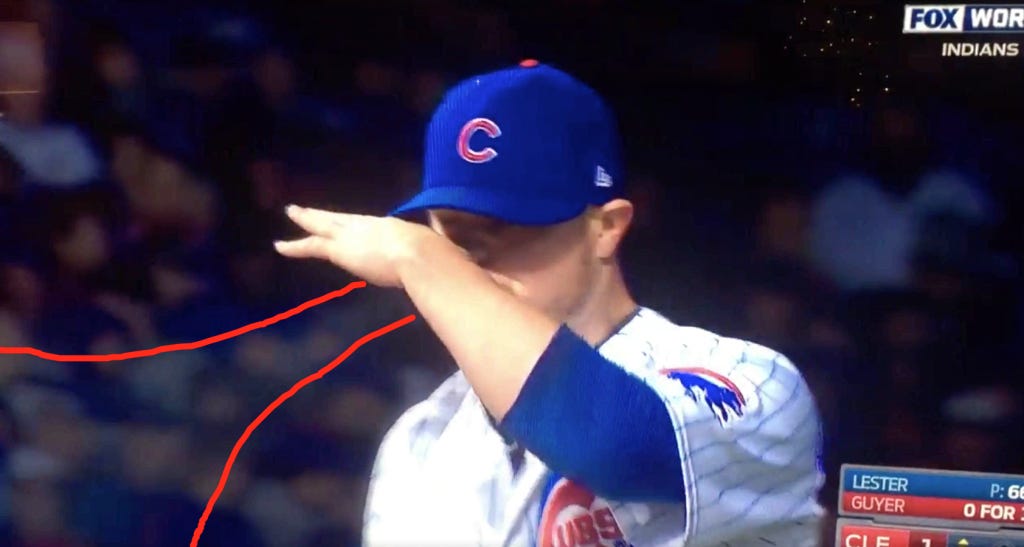 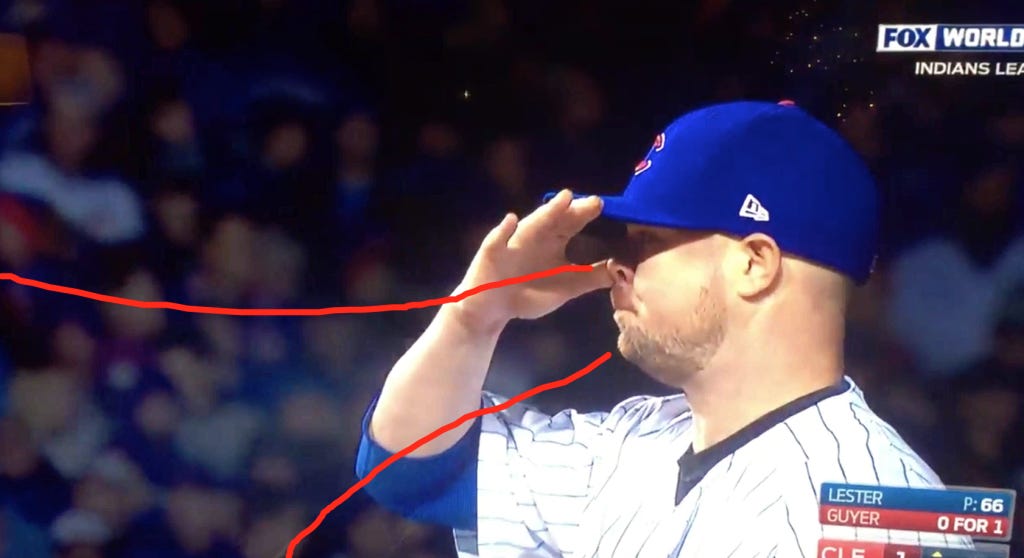 PS — Where else are you going to get MLB snot rocket analysis? Suck on that, Statcast.