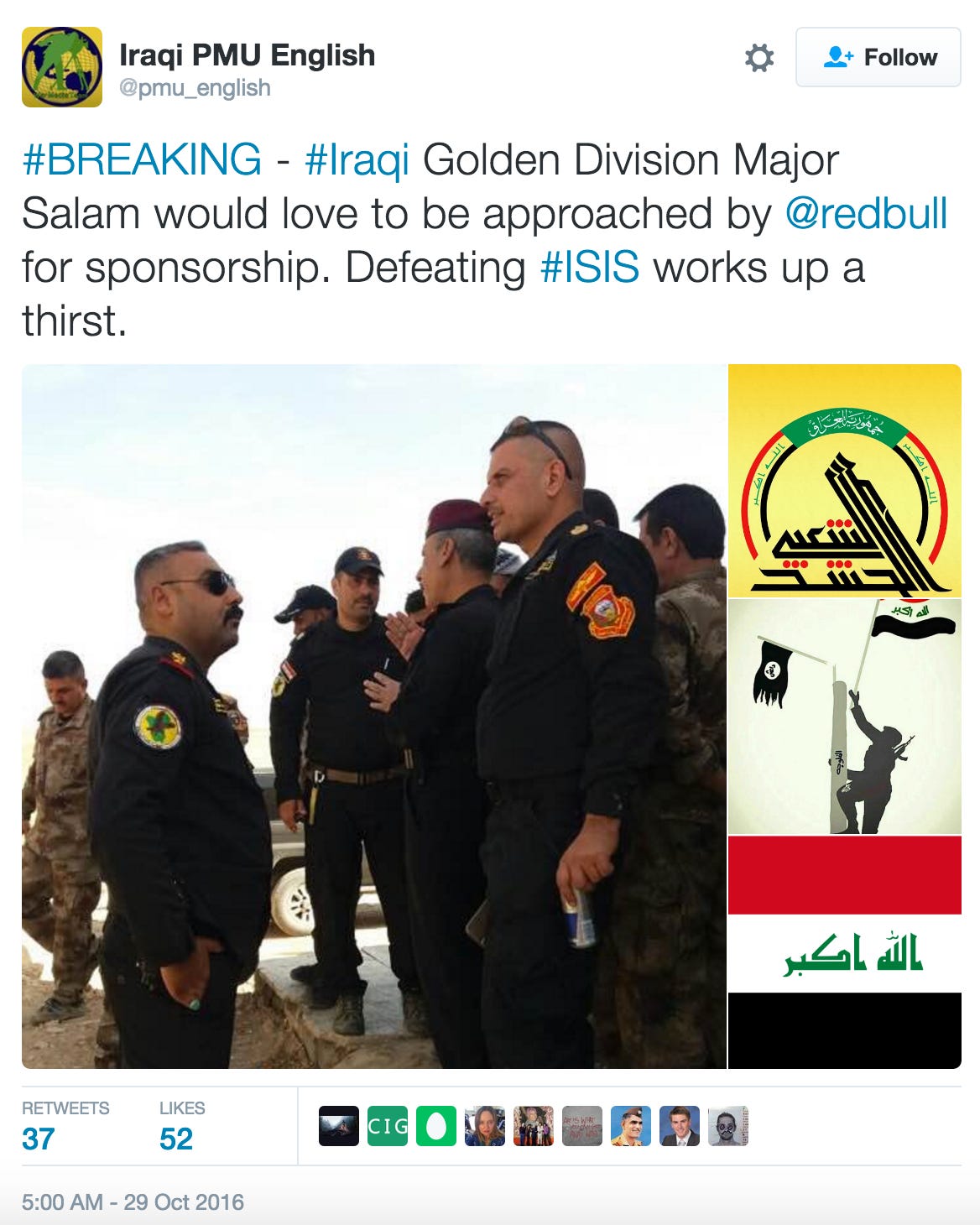 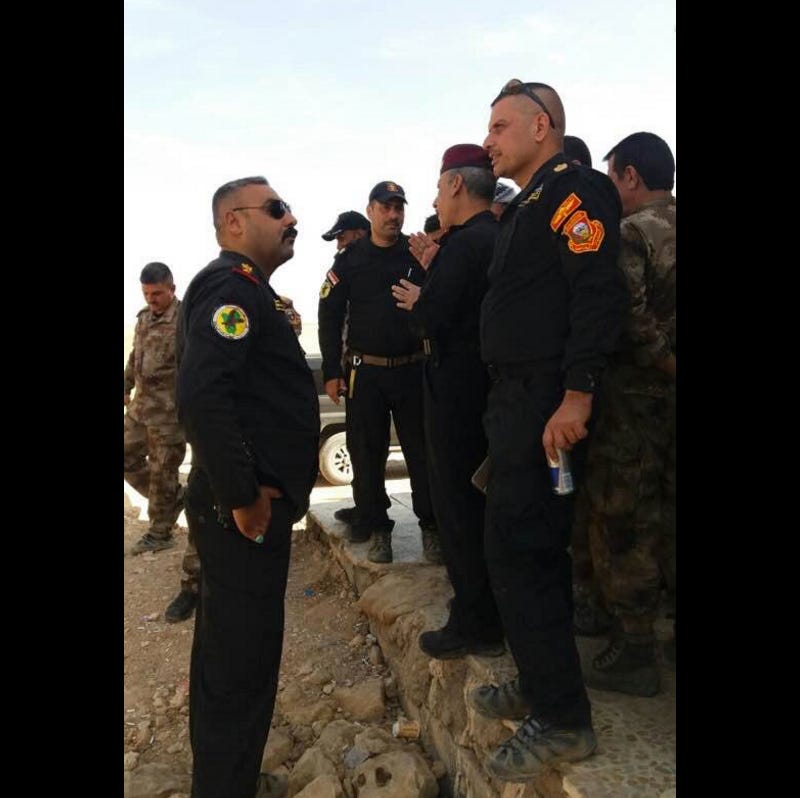 Anyone that reads Riggsy articles knows by now that Iraq is leading a GIGANTIC coalition effort to beat the fuck out of ISIS in Mosul right now. Hundred thousand people. Air strikes. Outtechnologying bad guys out the ass. Liberating villages killing terrorists and taking names.

So here the Iraqis are using their time in the spotlight to go after some sponsorships. Savvy move. Whether you’re a D-level reality TV star, a crosseyed blogger, or heroic Golden Division Major Salam out there eliminating terrorists, you gotta jump on that marketing window. Strike while the iron’s hot. If Red Bull isn’t paradropping in cases for these guys right now I don’t want to believe in good anymore.

Also, shoutout to Iraq’s Milmore. A+ flag action in this graphic. So simple yet so good. 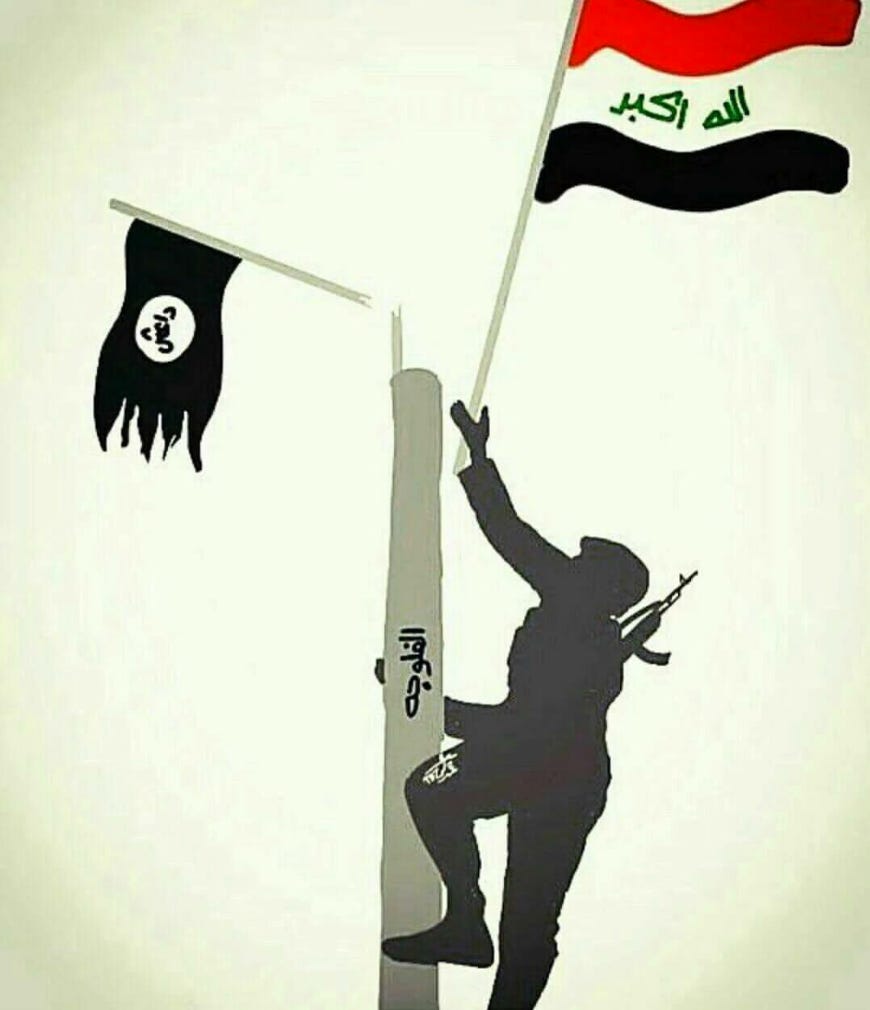