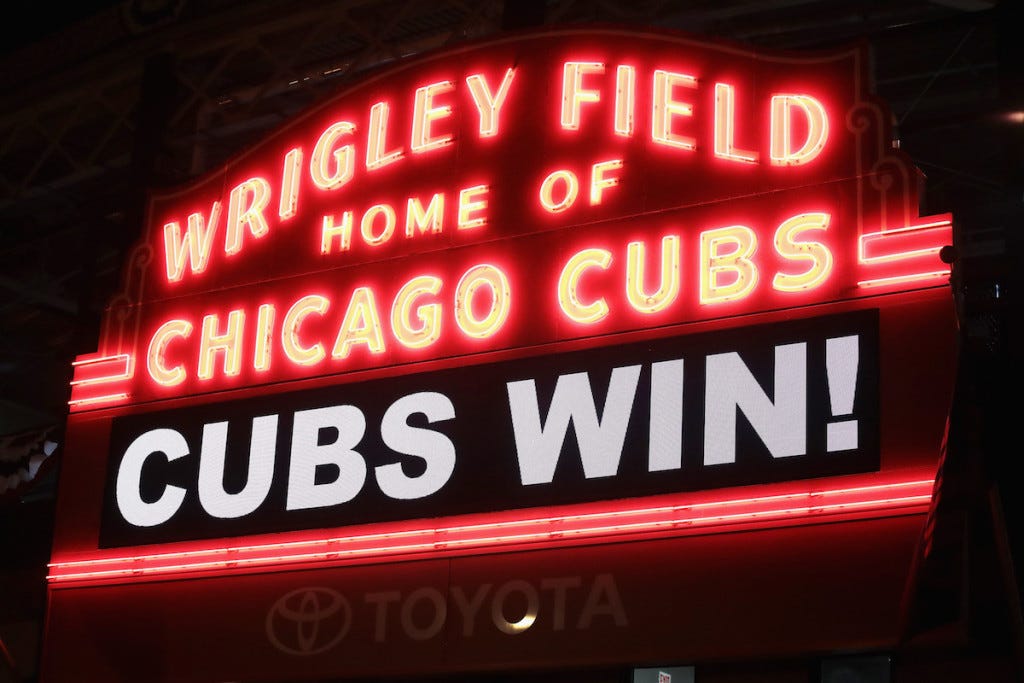 Baseball is dying, you guys. I don’t know if you knew that or not.

I hear that lame ass theory all the time, but facts are facts. Fact: MLB saw a record amount of revenue last year, and now we’ve got World Series games beating out NFL Sunday Night Football in head-to-head ratings. So, what can we attribute this to? The NFL has been boring as fuck this year; I don’t think too many would argue that. Outside of Week 1, this season has been a snoozefest thus far. The league certainly has an image issue with their decisions to suspend Tom Brady for 4 games for possibly knowing about somebody maybe deflating footballs, but then suspending other players for just one game for domestic violence. I think the bigger factor, in terms of the ratings being down, is simply just that the product isn’t very good at the moment.

However, the biggest reason of all is that we’re watching a World Series with the longest combined championship drought ever. Combined, the Cleveland Indians and Chicago Cubs have gone 176 years without winning a World Series. And, of course, last night’s Game 5 was a potential clincher for the Tribe. During the regular season, the Indians drew the third fewest total fans of any team in the majors, but they were sixth among all MLB teams in television ratings. Couple that with the fact that the Cubs are in the World Series for the first time in 71 years with a chance to win their first title in 108 years, and yeah, that’s a recipe for monster ratings in a World Series.

In the question of, is the NFL coming down or is baseball on the rise, I’d say both? I guess? I just think both trends are temporary. The NFL will likely recover, and World Series ratings are only as good as the two teams that are playing in it. The NFL has their problems, no doubt. But if we get a World Series matchup between the Tampa Bay Rays and Miami Marlins next year, nobody’s going to watch that, no matter how great the regular season was for the league. That’s just how it goes. But there’s no doubt that this World Series matchup is great for the game, so let’s just shut up and enjoy the fact that baseball has undoubtedly outshined football this October.