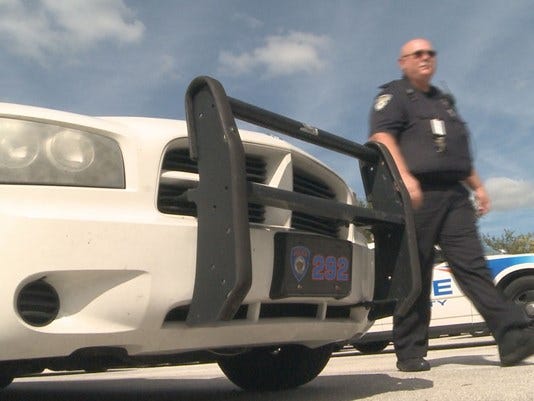 Florida – In a small city, it’s not always fun being the guy who writes the tickets for running a red light…

It’s Glover’s job to review red light camera footage. While doing so, he realized he was one of the people who’d run a red light. It happened on his way to lunch. He was making a left turn when the light changed to red, and the car he usually drives to enforce the law became the one he was in while breaking it…Glover could’ve covered it up, but he took the high road and turned himself in to his boss, who wrote him a ticket.

“I’ve always been taught that if you’ve done something wrong, to take responsibility for what you’ve done and accept your punishment,” Glover said. “In this part, it was paying the fine and getting my letter of reprimand.”

You know that commercial about “sportsmanship” where the high school basketball player gets away with touching the ball last before it goes out of bounds and his team gets possession but then that little pussy goes up to the ref and tells him that he got the call wrong? Yeah, that kid sucks. I wake up at least once every full moon cycle hoping that he’s dead.

Now take a possession call late in some random fictional high school basketball game and turn it into a real life $160 ticket, and that’s what you have here with Officer Glover. Such a desperate move by such a desperate man. Officer Glover knows that public opinion of the police force has never been lower. So it wouldn’t surprise me in the slightest to learn that he ran this red light on purpose just so he could show that “hey, not all traffic infractions end with a cop shooting an unarmed black man”. And even if it weren’t the case that this was staged, it still makes me sick to my stomach. Life is all about cheating. It’s all about trying to find out exactly how much you can get away with. We’re all bad people down in our core. It’s just basic human behavior. Ratting on yourself goes against every single natural instinct we have as humans. So you can be as honest as you want, that’s still not going to make this lunatic trustworthy.

Last note–I feel awful for this guy’s family. Because you know this is going to be Officer Glover’s #1 story from now on. And with the holidays coming up, they’re gonna have to hear about this over and over and over again.

“Hey, did I ever tell you guys about the time I had to write myself a–”

“yes. Literally less than an hour ago. We get it. You suck at driving. Now shut the fuck up already.”