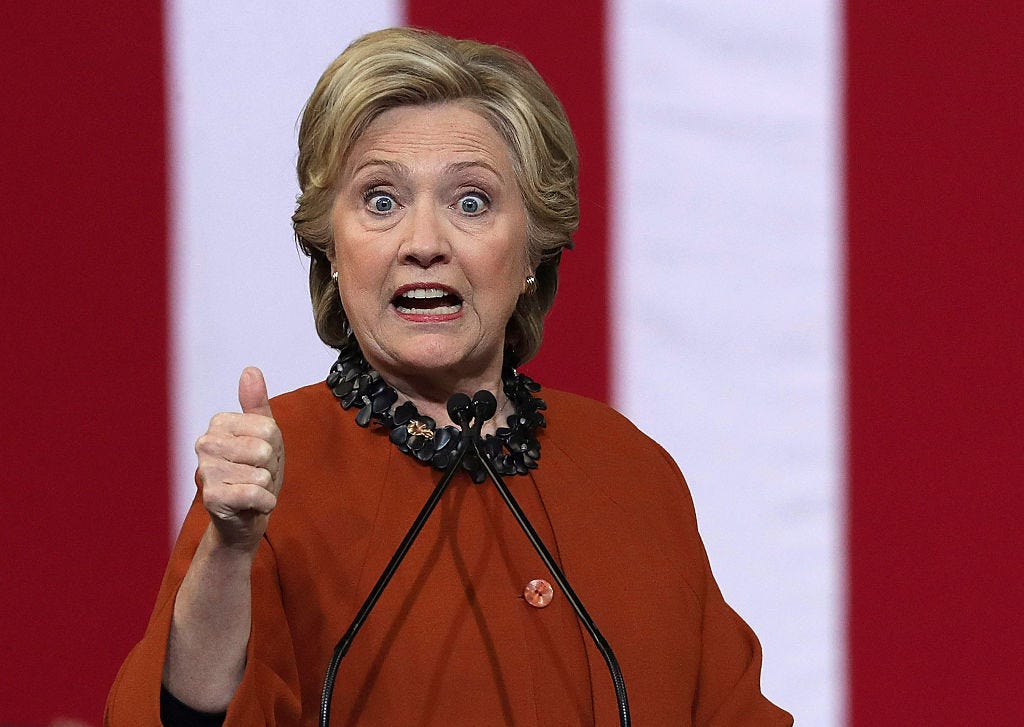 Unless you have zero alerts on your cellular mobile device, no access to a single social media account, or just don’t care about this election anymore (which would be fine), you’ve heard about FBI Director James Comey’s letter to Congress & FBI employees regarding Hillary Clinton’s newly discovered emails in question.

In a nutshell, the FBI found new emails “pertinent to the investigation” into whether Hillary did anything seriously illegal with her email server situation. They found them while probing the sleazeball-Anthony-Weiner-sexting-minors case; Weiner’s wife, Huma Abedin, is one of Hillary’s top aides, and has been for a long time.

When Comey recommended no charges and announced the investigation on Hillary was over in early July, he was praised by Democrats. Praised hard.

Now? Not so much.

Dems on FBI Director Comey: Now… vs. Then https://t.co/RCpUKUZYjV

Yesterday, FBI Director Comey bowed to partisan pressure and released a vague and inappropriate letter to Congress. What you need to know: pic.twitter.com/E5Q8Mgp0h0

In Detroit area Kaine calls FBI letter a distraction: “So confusing that not 24 hours later, Comey had to go back and write a do-over.”

And that’s politics 101 folks. You can be a man of the highest honor and integrity… until you do something that affects us negatively. Then you are the fucking worst.

With 8 days until the election, things are tightening up.

And shoutout to The Donald for noticing some positive trends with the FBI. Perhaps not as rigged as we thought (just don’t tell that to JFK).

“The FBI, I think they’re going to right the ship, and they can save their great reputation by doing so,” Trump told rally attendees in New Hampshire. “It might not be as rigged as I thought.”