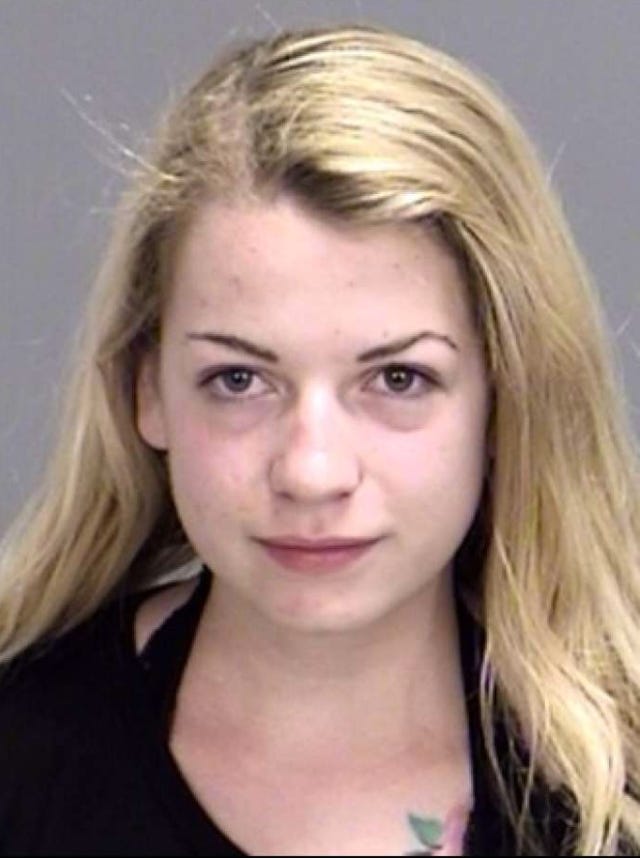 MySA – A Texas A&M University freshman was arrested Wednesday night after police said she hit the back of a parked police car while taking a nude Snapchat photo, according to an affidavit obtained by mySA.com.

Question, what is love?

Answer, what I feel when I read this story.

Bryan Police Officer John Sartell was responding to a disturbance call in the area when he heard “a vehicle braking hard,” and he saw a gray Acura SUV crash into his parked patrol car, the affidavit states. Sartell said he found Rader in the gray Acura, with the airbags deployed, and she was not wearing a shirt.

“I asked her why she was not dressed while driving and she stated that she was taking a Snapchat photo to send to her boyfriend while she was at the red light,” Sartell said in the affidavit, adding that Rader had on an unclasped bra and was attempting to put on a black blouse when the officer approached her vehicle.

Sartell said in the affidavit that Rader told him she had an open bottle of wine in the car that she was bringing home from a friend’s house. Upon further inspection, Sartell found that the wine bottle was about a quarter of the way full with a “liquid that had the odor of an alcoholic beverage.”

Rader told Sartell she drank about a quarter of the wine at her friend’s house, before she left to go home to her dorm, according to the affidavit. Sartell proceeded to conduct a number of sobriety tests on Rader and found her eyes were “glassy” and she “swayed continuously.”

Hot blonde. Chugging a bottle of wine. Sending her boyfriend nudes from behind the wheel. Not giving a fuck so hard that she actually crashes straight into a cop car.

And look I’m obviously no fan of drunk driving, that goes without saying. We’d talk about that, Miranda and me. But when you combine so many positives all into one girl it’s kind of tough to let one little disagreement get you down. I mean how often does a hot chick that is so obviously down to party and fuck come along? Once in a lifetime if that?

Rader is listed as a general engineering freshman on the university’s website.

Is this an official marriage proposal, no it’s not, I don’t like to rush into things. But like, one date, one or two or six bottles of wine, if it went well – pretty sure that’s all I would need.