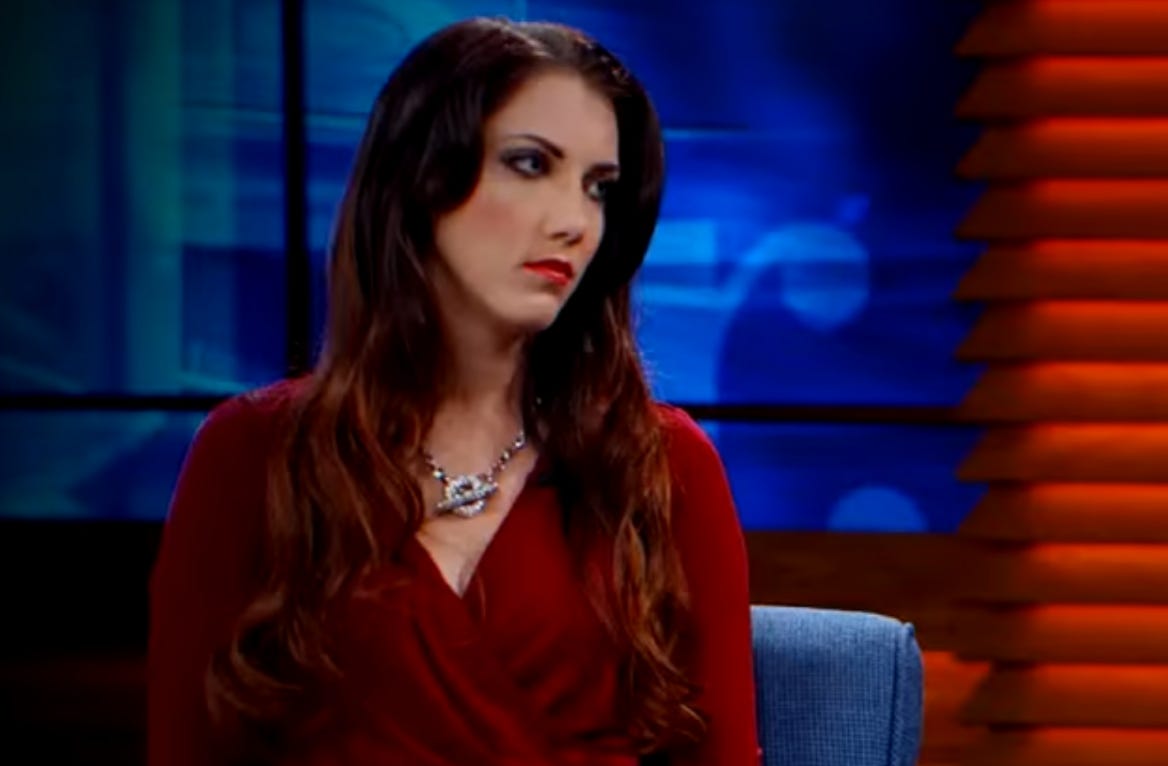 Fox News- The Iowa substitute teacher-turned-stripper charged with bedding a student is now facing even more time in the slammer – because she spoke with Dr. Phil, according to a new report. In October, Mary Beth Haglin, 24, gave an interview to TV shrink Dr. Phil McGraw, in which she admitted that she slept with the 17-year-old boy “hundreds of times” over a nine month period. Haglin, who now works as a stripper named “Bambi,” was originally charged with sexually exploiting a minor – misdemeanor that carries a maximum two year prison term. But after the Dr. Phil interview aired, prosecutors amended their criminal complaint to include a more serious charge — sexual exploitation – which could land the pole dancer behind bars for five years, the Daily Star reported.

“The defendant has participated in a series of public interviews in which she admitted engaging in a pattern or practice of sexual conduct with a student while employed as a teacher at Washington High School, which supports the more serious felony offence,” according to new papers filed by the Linn County Attorney’s Office in Cedar Rapids, IO.

Whoops! A valuable lesson to be learned here for all the kids out there. If you’re a teacher and you have sex HUNDREDS of times with an underage student, don’t go on Dr. Phil admitting you had sex HUNDREDS of times with an underage student. Not a good idea apparently. Honestly, this Mary Beth Haglin chick is getting what she deserves. I don’t know if she’ll end up going to prison or whatever but this whole thing goes to show that chasing fame and notoriety for something this stupid is a terrible idea. You’re not John Gotti. You’re not El Chapo. Flying in the face of authority only looks cool when you do something dangerous and ballsy. Taking dick from a high school student ain’t that. It ain’t even close to that. She fucked up all the way through. After she got caught she should’ve laid low and disappeared. She chose to do the opposite and became a stripper and talked with Chris Hansen’s crew and did local interviews and then inexplicably went on Dr. Phil and said dumb shit. That type of stupid deserves felony charges.