Inquisitr – Khloe Kardashian’s relationship with Tristan Thompson has triggered quite the feud with his Cavaliers teammate Lebron James. According to Hollywood Life, the famous NBA player isn’t happy about the fact that Tristan is dating a Kardashian, having seen what it has done to the likes of the previous men that have been linked to the famous sisters. If there’s one thing that the Cavaliers don’t need right now, it would be an easy distraction, and Khloe Kardashian is definitely one of them, Lebron has allegedly stressed to the rest of his team. Hollywood Life goes on to stress how Tristan hasn’t taken Lebron’s comments to heart, knowing that James only wants what’s best for the team. But with that said, Tristan still won’t give in to his teammate by dumping Khloe because the NBA baller is head over heels in love with the TV star.“Tristan isn’t taking any crap from his teammates anymore. As far as he’s concerned, Khloe’s coming to every damn game she chooses,” an insider gushes. “Tristan told LeBron straight up before last night’s game that Khloe was coming and that was that.” “Tristan told LeBron that Khloe is his good luck charm, and that if they lost last night, then he’d consider asking her not to come in the future. They obviously won, and after the game, Tristan had an I-told-you-so moment with LeBron.”

This week on Mailtime I talk about how the most important thing in the world is to see you’re making a bad decision, know you’re making a bad decision, and actually tell yourself to avoid that bad decision. Because NONE of us can do it. You can have a mountain of evidence right in front of your face like “Do not do this” and we still go down that road. You walk right into the buzzsaw that everyone told you was coming. Right into the buzzsaw that you knew was coming. 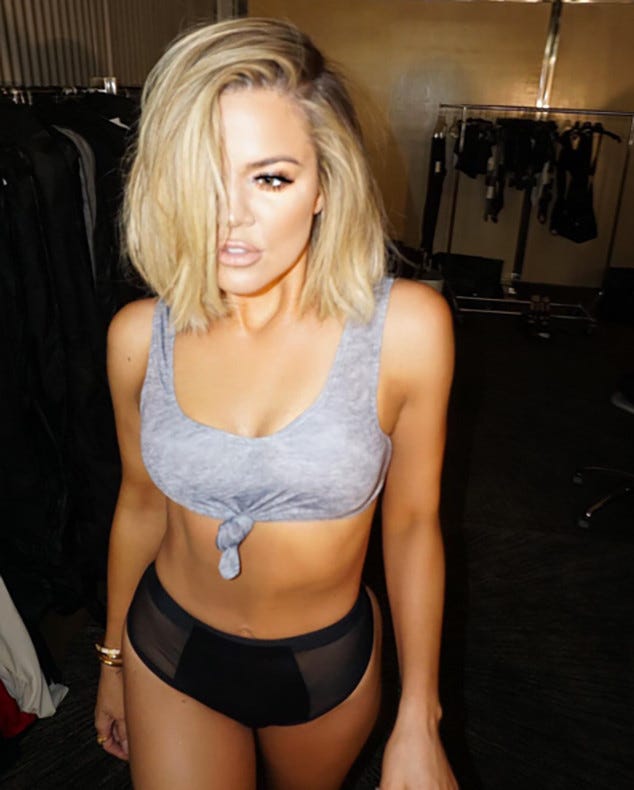 But shes like Jonah Hill. Once you get the rep of being the fat one thats who you are. Doesnt matter how much weight you lose.

You might get cursed and forever toil in mediocrity (James Harden)

You might gain A THOUSAND POUNDS and get clinically depressed (Rob)

Thats the rundown of dudes associated with the Kardashian women. Jury is still out on Kanye. He’s killing it but I bet he commits suicide one day. So I mean, do you want to just be another statistic? Is Khloe Kardahian’s “puffy pussy” (her words, not mine) really worth that risk? You have the greatest basketball machine on the planet saying “this is not good for your game.” You have a mountain of men that have been torn down by the family staring you right in the face. Everyone on the outside looking in can easily say “Yo Tristan you should not do this, man. Bad idea. Plenty of other women out there.” But Tristan Thompson is still gonna go down this road. Banana town.

PS – Its BALLSY to go the “I told you so” route with Lebron James. He’ll have your ass traded to the Brooklyn Nets or the Sixers or something.