Poor Hillary, played so hard by these St. Anselm kids. To be fair though, if a bunch of college dudes are yelling at you out the window of their frat house, there’s like a 99.99% chance whatever they’re saying isn’t something you respond “thanks” to. Gotta be smarter than that. 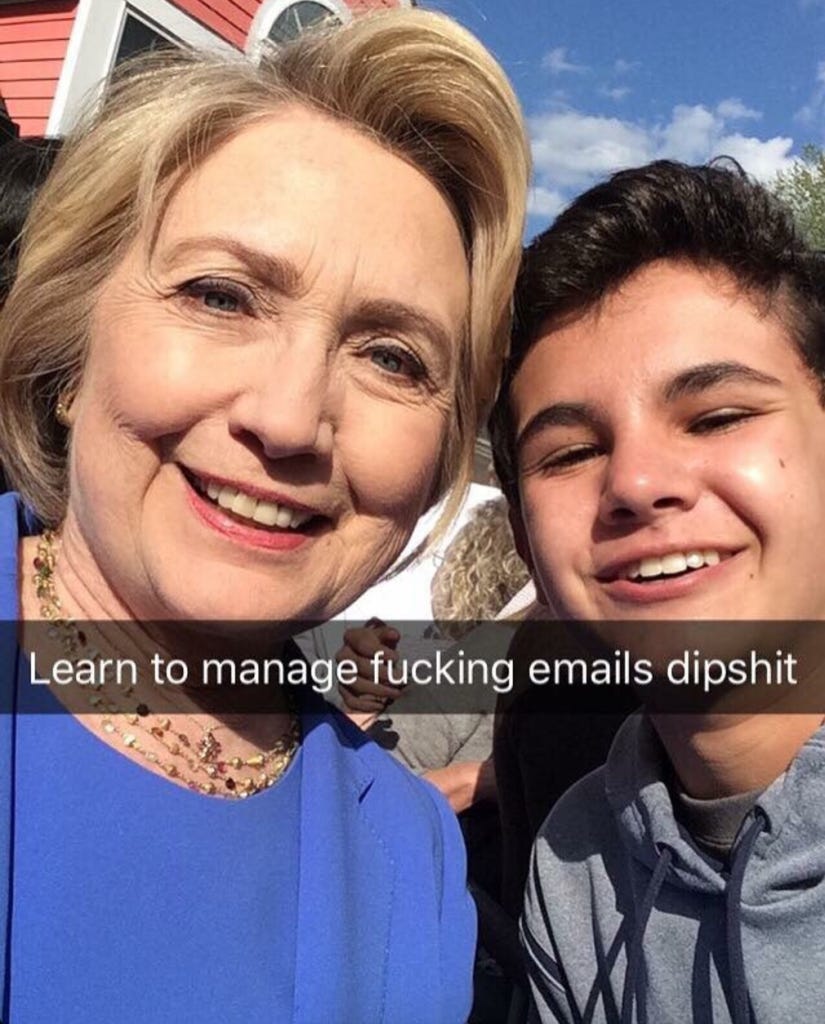 Still the G.O.A.T though: 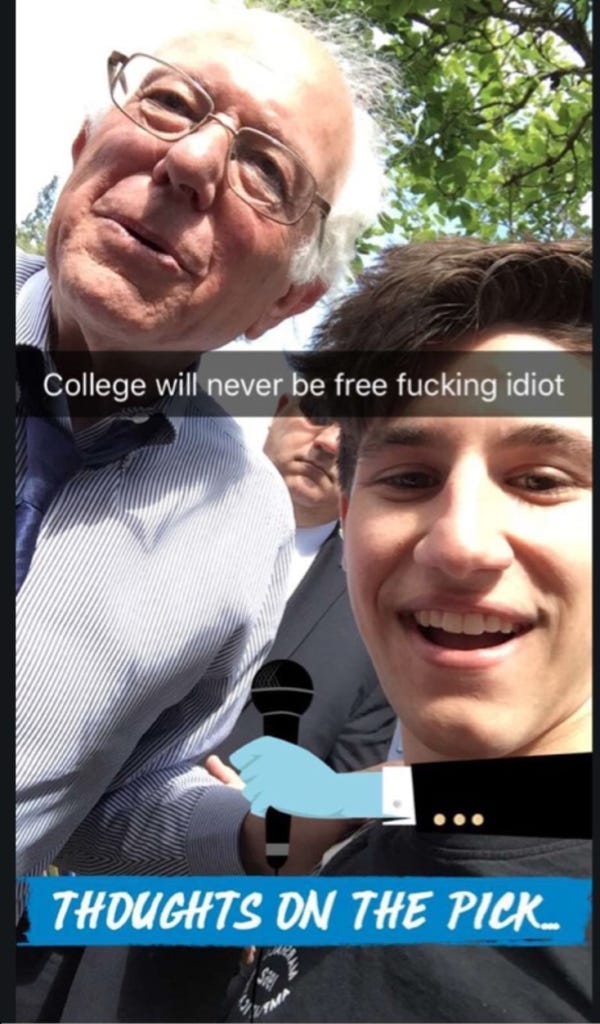