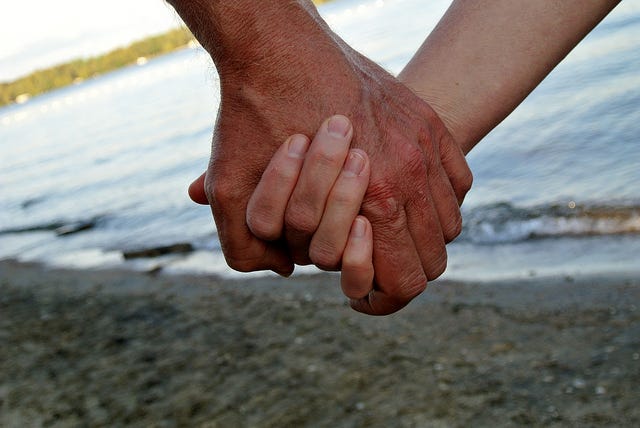 Context first: Some Redditor posted a thread asking if anyone had ever made one of those “We’ll get married when we’re older” pacts and this guy contributed the story before it got too real and he deleted it. It’s going viral today and it’s a wild one so strap in and read: 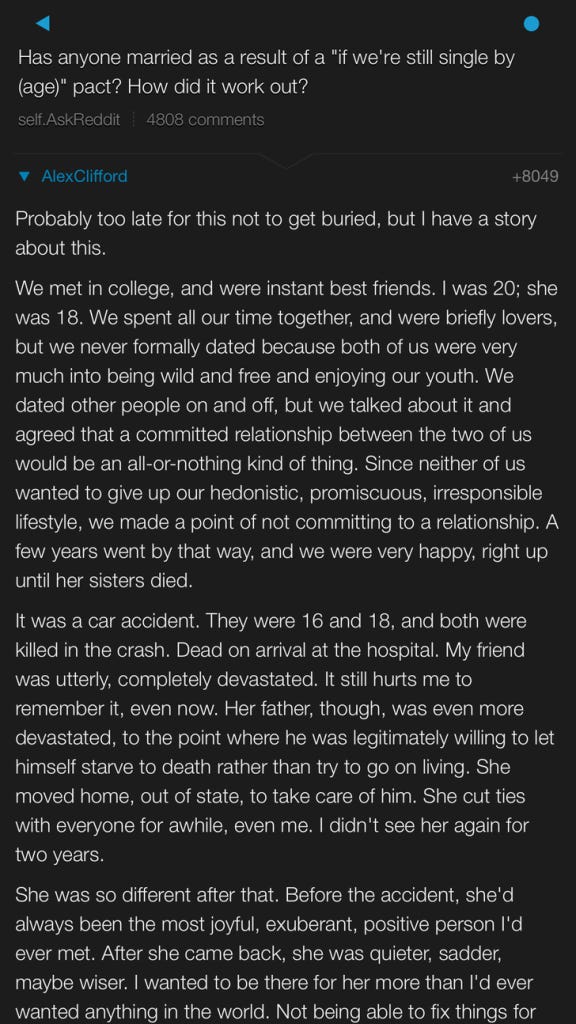 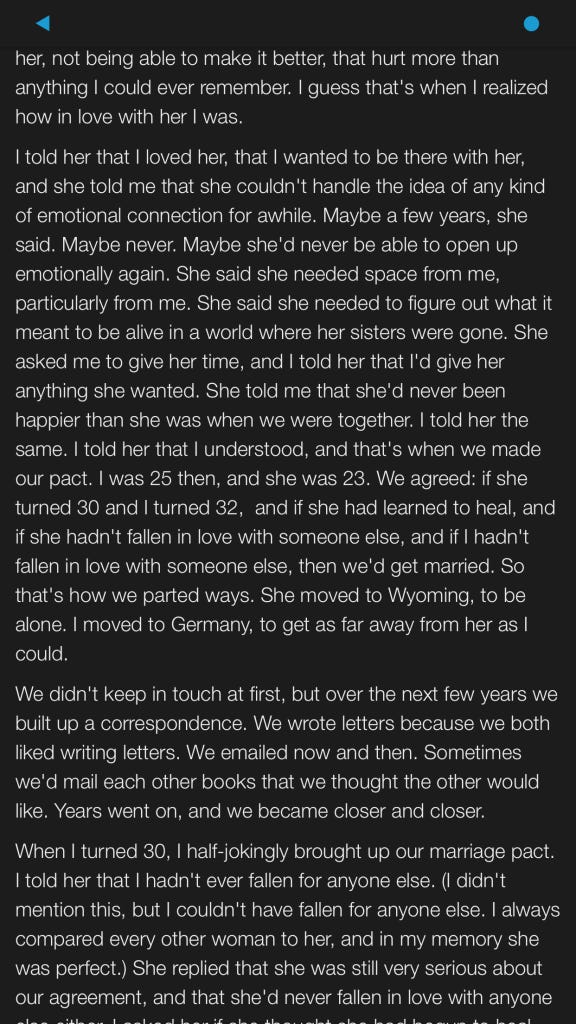 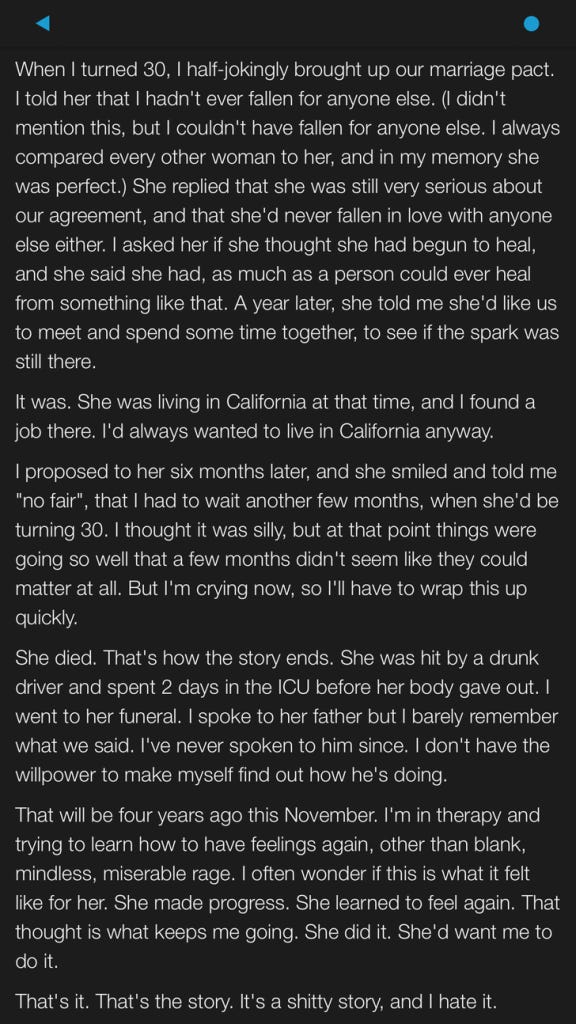 I read this one this morning and was floored with that Shyamalan twist at the end. It’s like the saddest indie movie ever. The idea of the whole marriage pact thing always seemed so interesting to me as someone that grew up watching sitcoms and movies with that classic “Will these two crazy kids ever realize they’re so right for each other” storylines. But in real life it’s way less practical, no one’s going to sit around waiting, they’re way more likely to settle for someone else because they’re stressed that all their friends are getting married or dupe themselves into thinking someone else is as good. That’s how the world of making potentially bad life decisions in your late 20s works.

So for this guy to have waited it out, ended up on the same page as her, and then had it taken away…that is some bruuuutal shit. When the guy says he’s just figuring out how to have feelings again, I don’t blame him one bit. Living the dream and then getting it taken away, if someone out there isn’t optioning it into a Nicholas Sparks-ripoff script, they’re fucking up.

So to tie it all together: If you make a marriage pact, subtract six months off the original proposed date. Better safe than sorry. That seems like the key takeaway here.