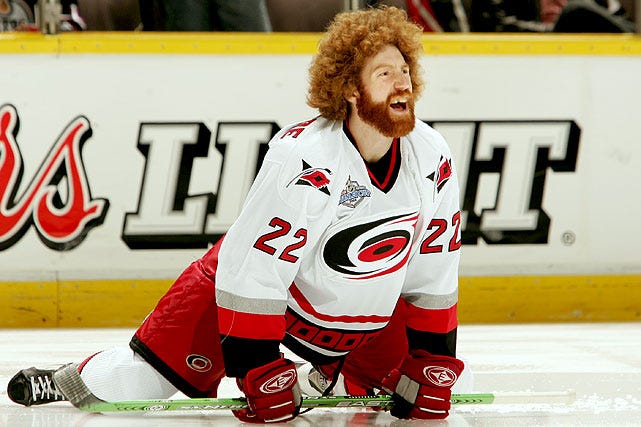 TSN – Mike Commodore has been known as many things to many people.

The guy with the big, red Afro who would shave his head for charity; the guy who wore the white bathrobe; a Stanley Cup champion..Now you can add one more: Uber driver. The soon to be 37-year-old retired defenceman who lives in Scottsdale, Ariz., tweeted last week he had signed up to be an Uber driver. Last Friday night, from 6 to 11 p.m., he was driving people around the Valley of the Sun region in his hybrid Cadillac Escalade.

I feel like every good group of friends needs a Mike Commodore. A guy who is a complete and total shithead, but he’s your complete and total shithead. Like when you bring him over to meet another group of friends, you gotta warn them that he might tell them to go fuck themselves and then piss on their couch. But you assure them that he means well. If you follow him on Twitter (which you really should if you don’t already. Find him @Commie22), you’ll know that he’s never one to shy away from saying whatever the hell is on his mind. Whether it’s going on tirades against Mike Babcock talking an entire world of shit, or just chirping random people on the internet for fun, Commie is a must-follow–especially during the Trade Deadline. But yeah, he’s just a lovable dick. A funny, good spirited, dick. Like the complete opposite of Brett Favre’s dick. Which makes Mike Commodore probably my #1 candidate for retired NHL players to become a driver for Uber.

Biz is right up there at #2. I’d imagine following these guys for a night driving for would be some top-notch content. Also really love this quote from Commie.

“I’m single, I’ve got no kids, I was just looking for something to get me out of the house and keep me out of the bars,” Commodore said earlier Monday while on his way to play golf. “I don’t really do too much except play golf or go to the bar, so I figured this would be a good social thing for me.

Think that shows you exactly who you’re dealing with here. He just wants to shoot the shit with whoever. He doesn’t think he’s too good to drive Uber even though he’s made $20 million playing hockey professionally. You hear the phrase “beauty” being thrown around a lot in hockey. If you take one look at Mike Commodore, you know that he’s not a beauty in the traditional sense of the world (what a fucking mug). But he’s the definition of a beauty in the way hockey players use it, which I think is more meaningful. Now let’s just hope he never has to pick up Patrick Kane during an away trip to Arizona since we all know how he gets along with cab drives.

P.S. – live look at Mike Commodore after raking in those 5-star ratings and tips. 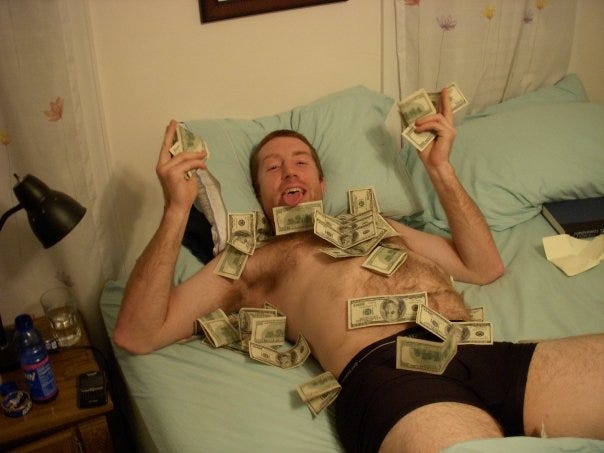