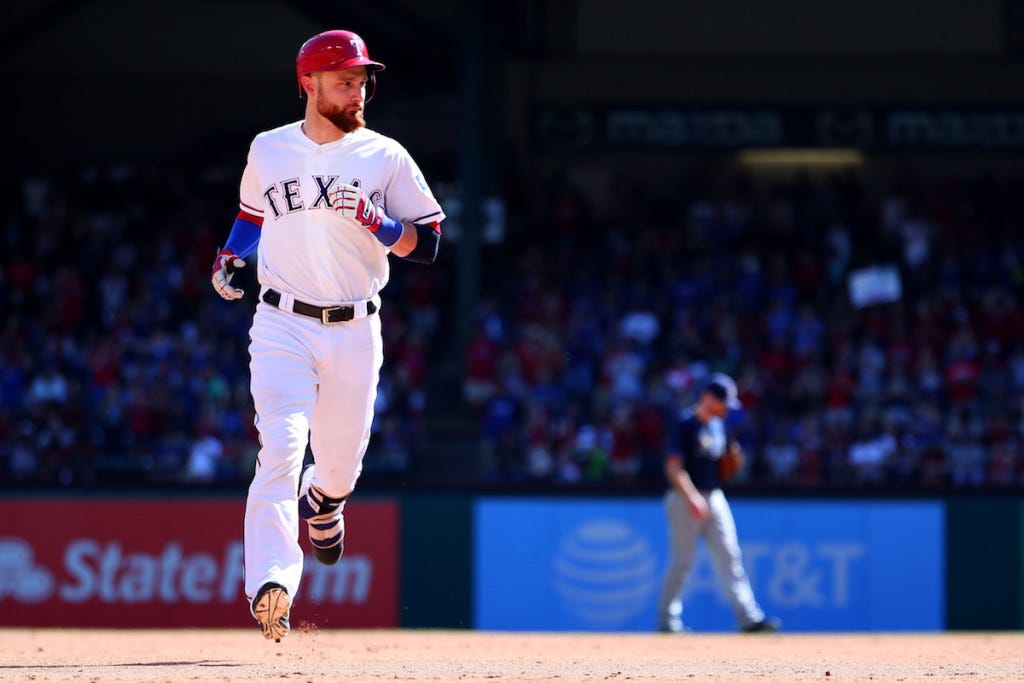 The day after the Cleveland Indians clinched the American League pennant, I was gonna write a blog titled, “I bet Jonathan Lucroy feels like a huge asshole today.”

I didn’t, though. I figured, meh, it’s an old story. Just let it die. Don’t kick the guy while he’s down. But now it’s a story again, because Lucroy’s talking about it. For those who are unaware of what went down, here’s a review.

Brewers catcher Jonathan Lucroy was traded to the Cleveland Indians two days before the trade deadline this past summer, but he exercised his right to veto the deal because the Tribe wouldn’t decline his club option for the 2017 season. This was a business-related decision, and not a matter of Lucroy believing that Cleveland wasn’t a true contender, although some folks did not interpret it that way.

Lucroy had concerns over playing time in 2017, because Yan Gomes and Roberto Perez are very much in the picture behind the plate. I still think that excuse is bullshit, because he’s substantially better than both of them, at least offensively, so I’m not exactly sure why he’d be so concerned over playing time. Perez and Gomes combined to hit .173 with a .549 OPS this year, and Lucroy hit .292 with an .855 OPS between Milwaukee and Texas.

Anyway, on the day of the trade deadline, Lucroy was dealt to the Texas Rangers, who were swept out of the ALDS by the Toronto Blue Jays. The day after he was dealt to Texas, Indians catcher Chris Gimenez, who isn’t even on the postseason roster, threw some shade at Lucroy for his decision to veto the trade.

There was a different sentiment when Brewers catcher Jonathan Lucroy vetoed a potential trade to Cleveland. That reaction carried a vibe more along the lines of: “You don’t want to be here? Well, then we don’t want you.”

“His loss,” Gimenez said. “I don’t have any idea why he did [veto]; I just know he said something [previously] about how he wanted to play for a contender. He had the opportunity.”

“Even though he plays my position, he’s definitely an upgrade,” Gimenez said. “It’d be ridiculous to say that he wasn’t. He definitely could’ve helped. At the same time, we feel pretty strongly about the guys we have here, too. Unfortunately, he chose not to be a part of it.

“Hopefully, we can win the World Series and we’ll be laughing at him.”

A lot has been made about the Indians being motivated by those who have doubted them in the wake of losing Carlos Carrasco and Danny Salazar prior to the postseason getting underway, but the chip on the shoulder attitude really all started with this Lucroy story. Now, if you’re Lucroy, there HAS to be some element of, “Wow, I’m an asshole.” There has to be. He’s obviously saying the opposite publicly.

“I’m good, man,” Lucroy told ESPN in a text message Monday. “There’s too much drama with all that. I’m not worried about it at all. It’s over with and in the past.”

On one hand, I could level with this guy and believe him if he were to say that he’s happy in Texas. That’s a great team with some really talented and likable players and coaches. But behind closed doors, there’s no way that Lucroy isn’t like, “FUCK. I could be playing in the World Series right now.” And honestly, it’d be weird if he wasn’t reacting that way, even if it were just privately.

That’s why you play the game — to go to the World Series — and Lucroy won the lottery, then set the ticket on fire. If I’m in that Indians clubhouse, I’m buying into that same mindset of, “You don’t want to be here? Well, then we don’t want you.” I’d want the player who has the balls to bet on himself, not the guy who’s afraid that he can’t beat out a couple of .180 hitters.