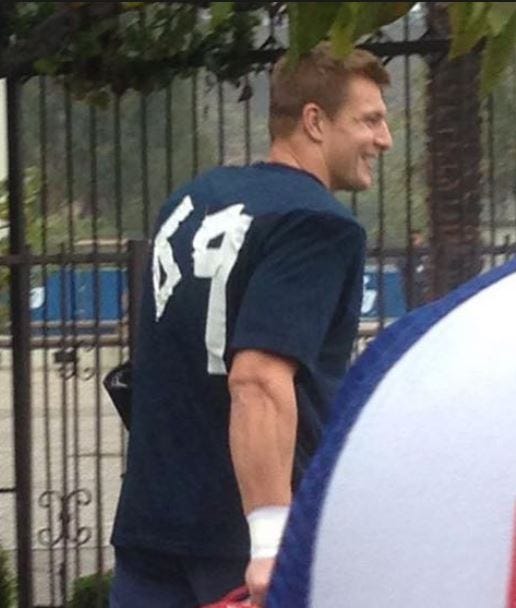 I’ve already written this blog 1,000 times but it’s bares repeating again. There is literally nobody else on planet earth who can make a 69 joke work 1,000% of the time. Gronk and only Gronk can and you know why? Because in his heart of hearts he thinks it’s the funniest joke he’s ever heard every single time he tells it. He’s like a dog who will never get tired when you ask him if he wants to go out. That’s how excited he gets EVERYTIME he makes a 69 joke. It’s like he has never even heard a 69 joke in his life before. That’s how happy he gets.

PS – Not to get all serious but do you think there is a chance he quits after his next TD so he’s just stuck on 69 career TD’s forever?