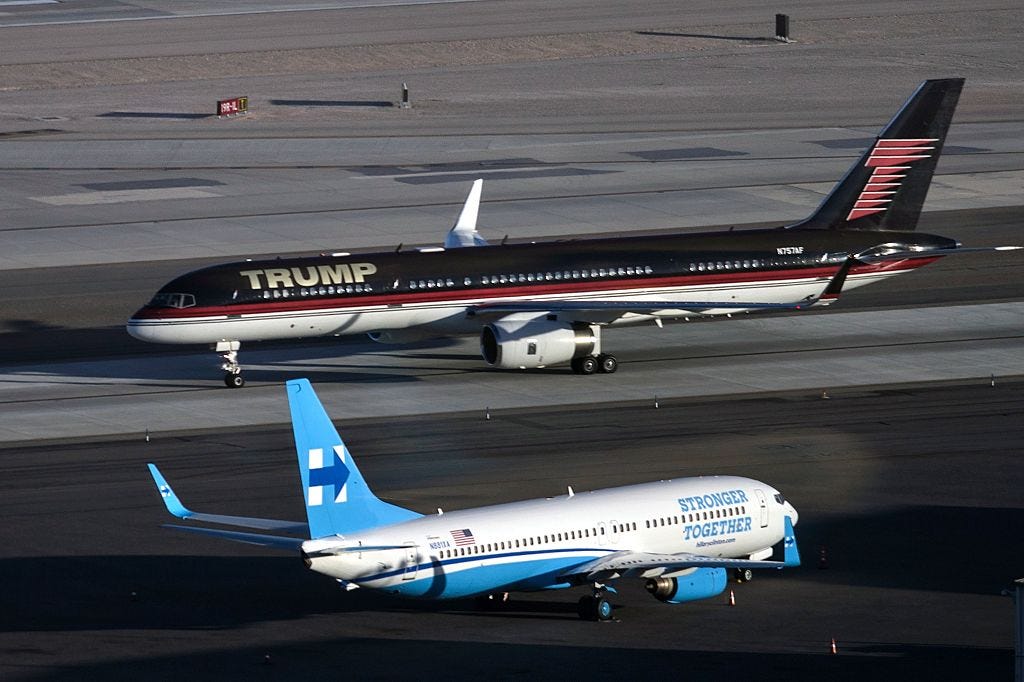 Third and final presidential debate tonight. 9pET. We will be on Facebook Live with Dave, Dave’s dad, Big Cat and Mikey Rapaport. Unfortunately no Chaps. Not sure if I’ll be on but I’ll be around, and when I start tipping back Oak-N-Cokes I turn into a camera whore so yeah, I’ll be on. Should be a fun night.

And you can make it even more fun by involving yourself in the props. You’re not a true degenerate unless you’ve got cheddar on how presidential candidates choose to greet each other. Let’s do this.

Will Donald Trump and Hillary Clinton shake hands before the debate begins?

They hand-shook in the first debate. They did this in the second.

The non-handshake: Here’s how the debate between Hillary Clinton and Donald Trump began https://t.co/DaGVUdx7jY pic.twitter.com/1DbgpkcZ6Y

I’m baffled on this one. I went “hug” for debate one and I was wrong. I went “handshake” for debate two and they did that wild “we’re not fucking touching each other” thing.

Very confusing but I’m doubling down on handshake.

Debate one: blue. Debate two: red. I’m going Yellow/Gold tonight and could not possibly be more in love with it. 4/1 is a steal. Easiest money I’ve ever thought I was going to make.

Who will be first to interrupt the other? Trump 1/3, Clinton 2/1

This is an excellent, excellent prop. I know Trump is more likely but at 2/1 you have to take Hillary, right? They both interrupt the shit out of each other. It’s damn near a pick ‘em and Hillary’s 2/1? Hillary all day.

How many times will Donald Trump say “Tremendous”? Over/Under 8.5

Under. I genuinely don’t want to bet the under. I want to hear a million “tremendouses,” not just 8.51+. But I don’t think he gets there. I think he hovers around 5.

Over, thanks for coming out.

How many times will “WikiLeaks” be said? Over/Under 3.5

Under. It will be referenced, but actually said? I feel like the over/under should be 1. They’ve got it at 3. Trump can’t fit “emails” and “Wikileaks” into his giant arsenal of words. He’s only got room for one. “Emails” will be said a ton, “Wikileaks” will not be.

Over. Put your entire family and your family’s family on over.

Donald Trump to walk out during the live broadcast? 15/2

Think you have to throw some money on this. What a triumphant moment it’ll be for all of us if he actually storms off. It’ll be like when Dave finally made somebody bingo during Portnoy Bingo — you don’t want to miss that. I’m throwing a little side coin on Trump straight up walking out mid-debate.

Hillary Clinton to take a drug test before the debate? 14/1

Hahahaha. This would be such a giant win for The Donald. I don’t even know where this prop came from or how it’s only 14/1, but there’s no fucking chance this happens. You think The Clinton Machine would allow this? No shot.

Good luck at the tables, folks. Looking forward to tonight. Enjoy what will undoubtedly be a shitshow!

i have followed & covered politics for this moment https://t.co/mhGhdKRt87