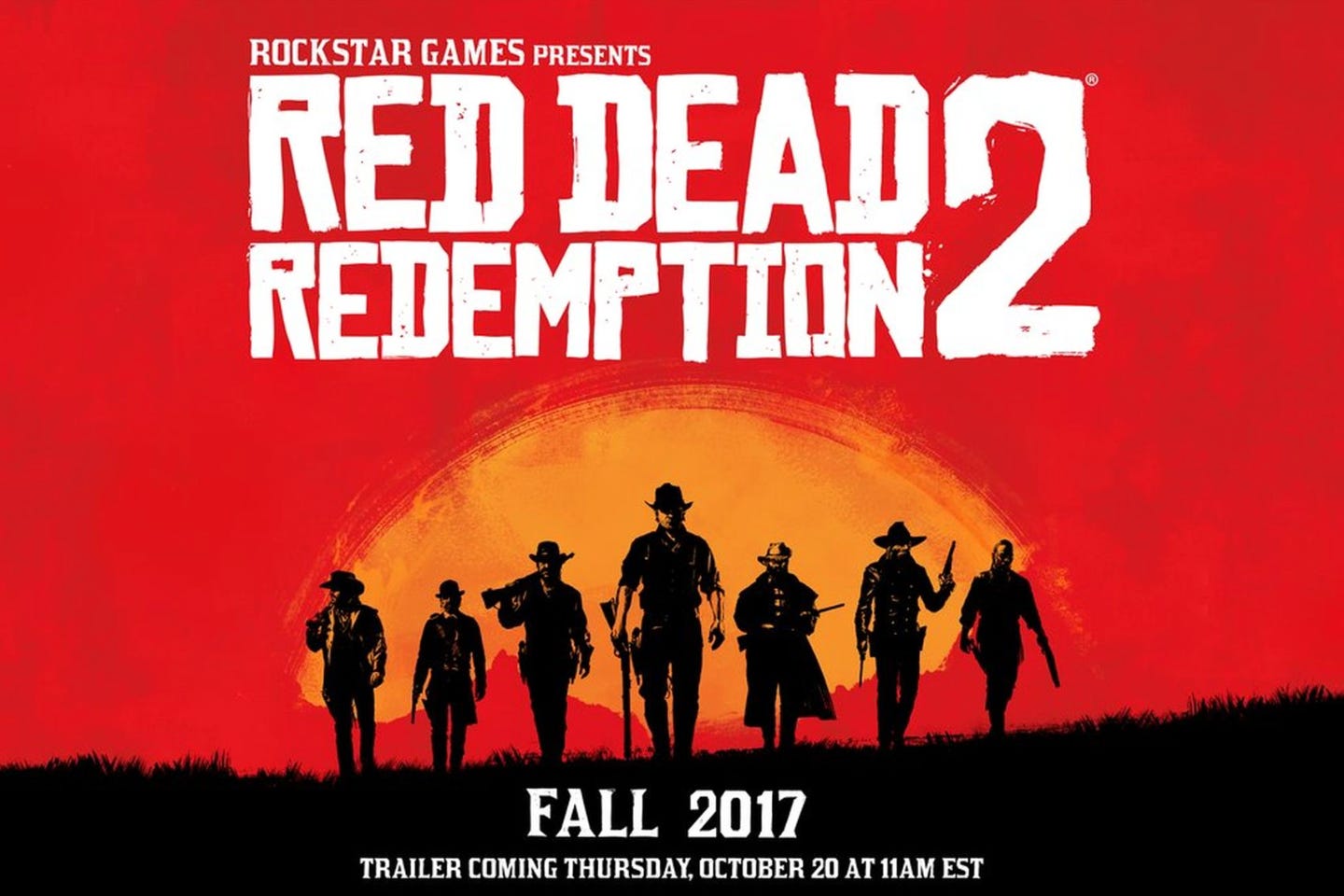 Polygon- Red Dead Redemption 2 will include a “new online multiplayer experience” when it hits next fall, Rockstar Games announced this morning. A trailer for the game goes live Oct. 20. “Red Dead Redemption 2 will release worldwide in Fall 2017 on PlayStation 4 and Xbox One systems,” according to a news post on Rockstar Games’ website. “An epic tale of life in America’s unforgiving heartland, the game’s vast and atmospheric world will also provide the foundation for a brand new online multiplayer experience.” The game will be developed by the creators of Grand Theft Auto 5 and Red Dead Redemption, according to the press release. “With Red Dead Redemption 2, the team is working hard to push forward our vision for interactive entertainment in a truly living world,” Sam Houser, founder of Rockstar Games, said in a prepared statement. “We hope to deliver players an epic experience that builds upon everything we’ve learned making games.”

You know what’s a weird phenomenon that I don’t like one bit? Growing up. It’s the stupidest thing any of us ever did. Because growing up means not loving video games as much as we used to and I used to LOVE LOVE LOVE LOVE LOVE video games. They were my everything. I would just sit on my ass all day and all night and play video games. You’re shocked I know. All the Halos. All the GTAs. All the Mario Parties (go ahead and judge me but you know those games are the best). Tony Hawk Pro Skater. Tiger Woods 2007. Call of Duty. Red Dead Redemption. All of it. If you had asked me as recently as 5 to 10 years ago what I would do for the rest of my life if money wasn’t a factor, I would’ve said smoke weed and play video games. As much as I wish I could say that’s what I still want, it’s just not. At a certain point my brain decided it wanted to achieve goals and maybe get laid once in a while. Well goals and girls are fucking stupid. Video games are where it’s at. That’s the feeling this news of Red Dead Redemption 2 brought back. I can’t tell you how excited I am about RDR2. I never thought I’d feel this way about video games ever again but here we are. There’s a real chance I slip back into my old life when this game comes out. Just smoking blunts and living in a fake reality with hollow achievements. And you know what? I hope that happens cause that life was the goddamn best.