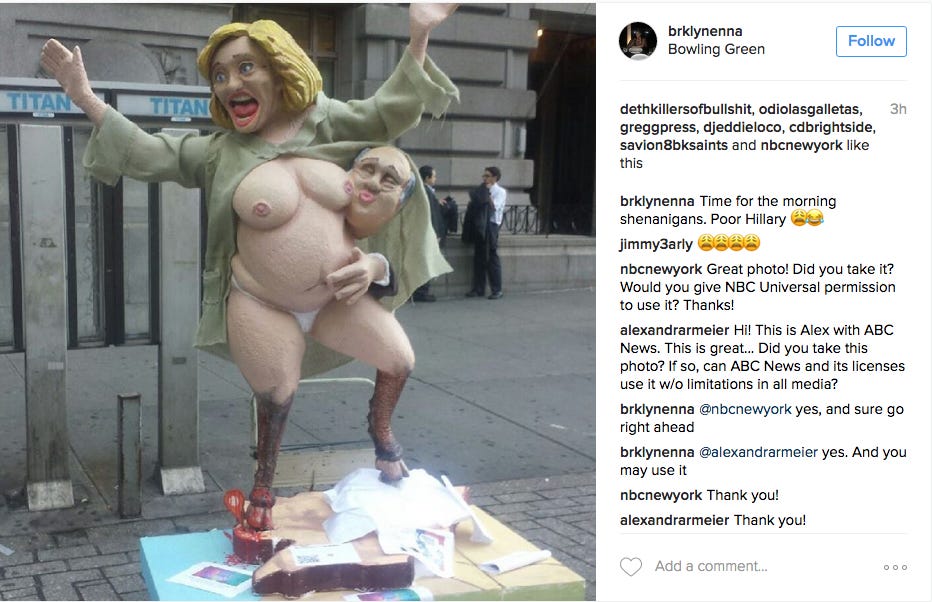 NY Daily News- An artist erected an obscene statue of Hillary Clinton in downtown Manhattan Tuesday morning causing a heated fight between defenders of the profane piece of protest art and women trying to tear it down. The grotesque caricature of the Democratic candidate appeared outside the Bowling Green station during morning rush hour on Tuesday and shows Clinton with hoofed feet and a Wall Street banker resting his head on her bare breasts. The statue was up for less than three hours before an enraged woman toppled it over and started yelling at the statue’s creator.

Of course this happened. Remember during the summer when some artist made a statue of Donald Trump, complete with baby dick and placed it in New York? Well just like everything else in politics, you knew there was going to be equal time for both candidates. I didn’t want to see if happen. I actually begged for it not to happen. But here we are.

Now I don’t remember anybody messing with the Trump statue. It was mostly just people laughing at the statue’s babydick and taking mocking pictures with Paper Mache Donald. But that was most certainly NOT the case for Hill Dawg’s statue. Those women were thirsty for blood with a fiery cocktail of anger and estrogen flowing. And the crazy thing is that I think Hillary actually won the battle of the statues. Sure her statue had hooves and some shady Wall Street banker swooping in from behind. But at least her boob game was on point. You know Trump is still blacked out angry about that Cheetos microdick and nightmare pube game that his statue had. 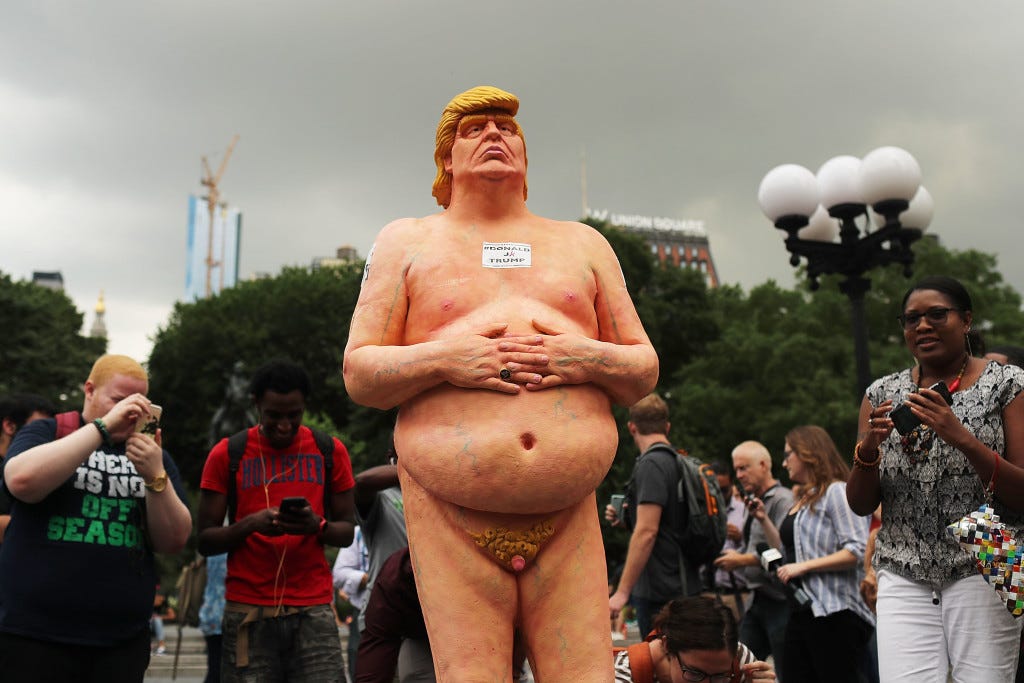 And if that wasn’t enough, the statement the NYC Parks Department gave once the Trump statue was taken down was straight ether. 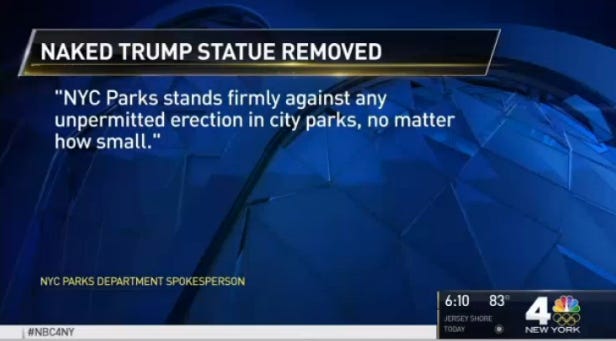