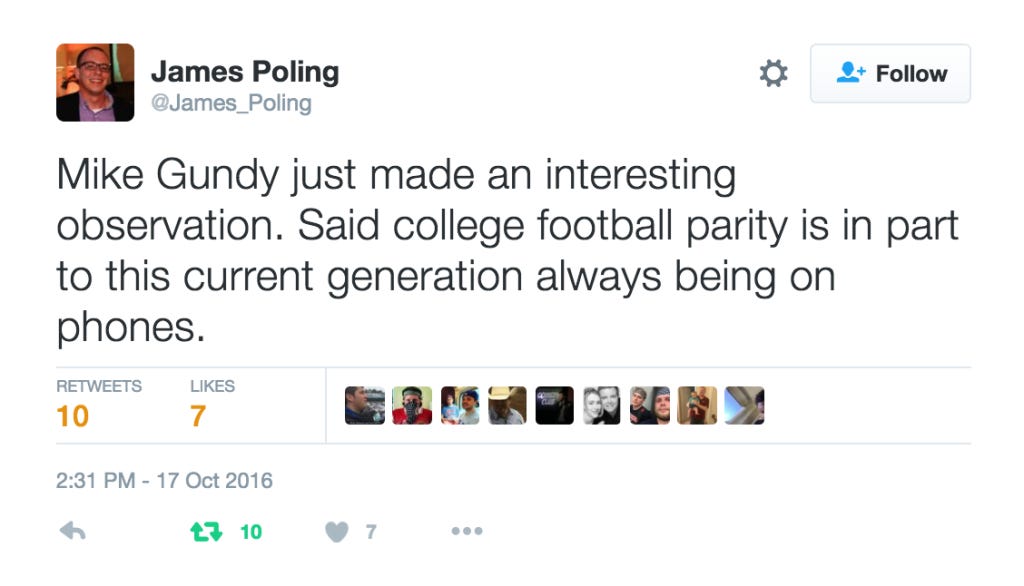 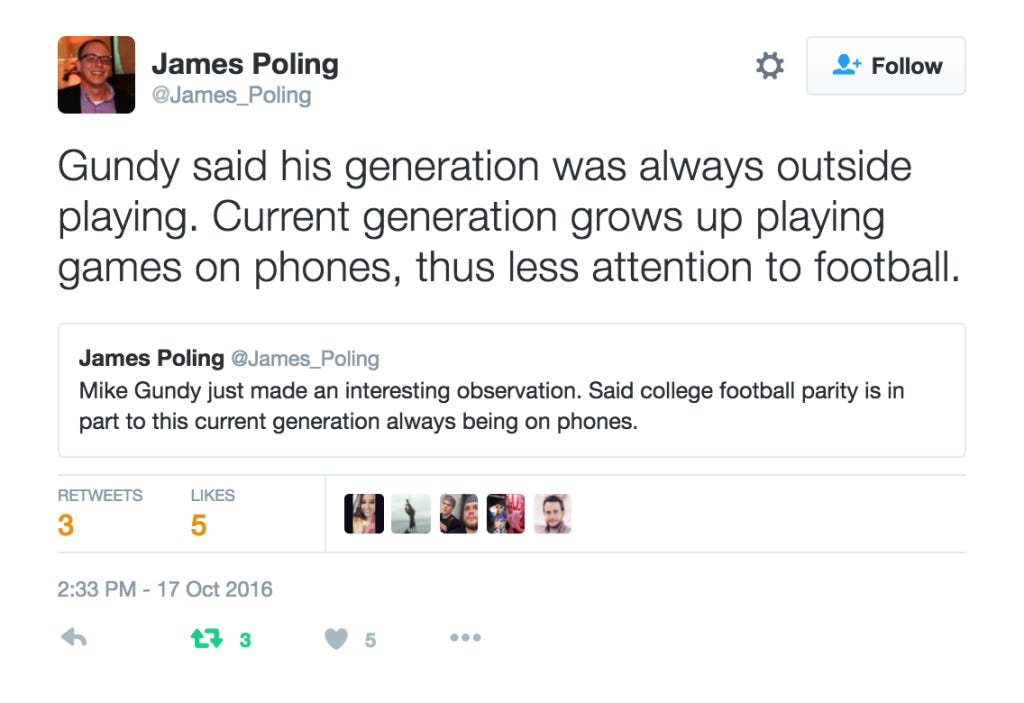 Nothing and I mean NOTHING gets my motor running like some red hot barrelfire millennial takes. I fucking live for millennial takes. Basically the hottest trend on the planet right now – when something you are doing sucks, you blame it on millennials.

When your company is driving itself into the ground, blame it on millennials not working hard enough (even though by almost every standard millennials are harder workers than previous generations and have created a “vacation problem” by being work obsessed and actively refusing to take their vacation days).

When your TV show isn’t getting ratings blame it on millennials just not watching TV anymore (conveniently ignore the fact you use a ridiculous tape delay, ban discussion on social media and shut down Twitter accounts for engaging, rape it with ads, and put out a shit product to begin with).

And this is a new one I haven’t even heard yet, which makes it super exciting.

Mike Gundy saying there is parity in college football, not because of an insanely evolved recruiting process where more and more coaches and teams have access to players from all over and have the means to communicate with them instantly…

But because these dang kids spend too much dang time staring at their dang phones! 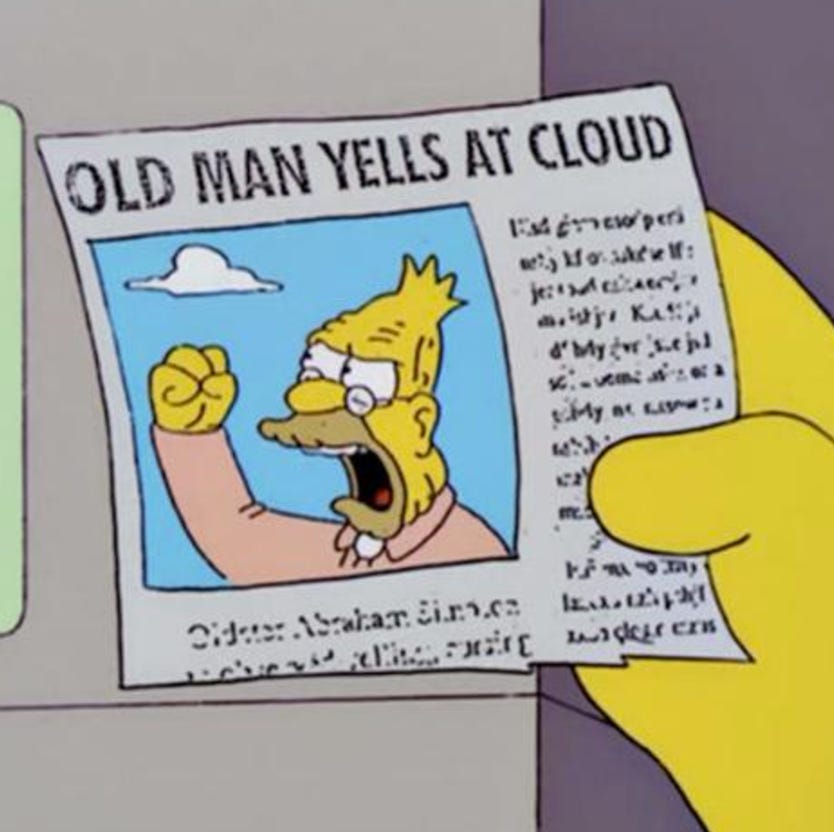 I’m not conceited enough to think that I can even attempt to go up against a big football brain like Mike Gundy and argue with him, he’s forgotten more about college football than I’ll ever even know. If I was feeling ballsy I MAY try to play a little Devil’s Advocate for a second, maybe point out that at no point in history have high school + college athletes been bigger and more in shape and more NFL ready at an early age, and that the rise of social media has actually created a culture of millennial athletes that are so obsessed with themselves and their phones that they actually spend MORE time in the gym and working on their game just so they can document it for people.

I won’t say any of that. But I’ll think it and keep it to myself.

I can’t stress strongly enough how much I love that sign off.

It’s just a theory, he’s just floating it out there, not saying for sure, but will say that other coaches have agreed with him and told him they really like his theory, so there’s that.

Gundy, us millennials would go with, “Just sayin'”