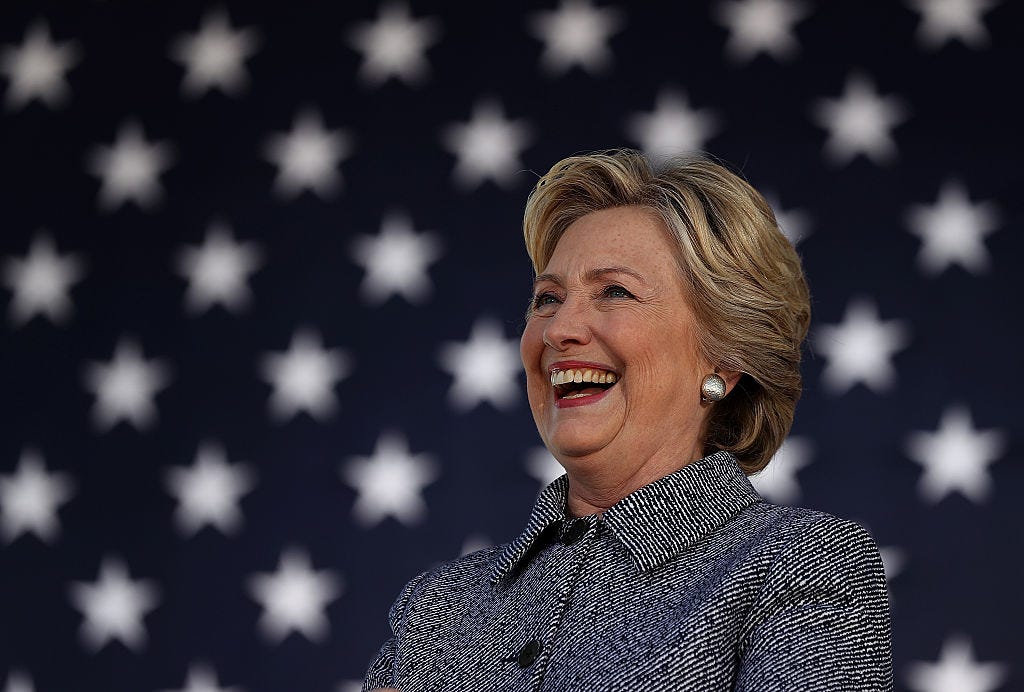 During the contentious Democratic primary, Bernie Sanders HAMMERED Hillary Clinton on her mysterious Wall Street speeches. She received $1.8 million for at least eight speeches, but the contents of those speeches remained undisclosed. When pressed to release the transcripts, she refused, fueling speculation that the speeches included harmful comments for candidate Hillary Clinton.

On Saturday, Wikileaks published those transcripts. I heroically read them. Other than being pretty underwhelming, this is what I found.

Hillary just knows about a lot of shit

The first part of the first speech I read was all about China and countries close to China. It was done in a format where one dude was basically quizzing Hillary on different stuff and directing the “speech.” Reading it was boring as fuck, but I couldn’t stop because I was genuinely fascinated by how much random shit Hillary knew about China and Japan and the South China Sea and how other countries refuse to call it the South China Sea. It’s nuts.

Should I be shocked that someone that’s almost a lock to be the next President Of The Unites States — and for four years was the Secretary Of State — knows a bunch of shit about the world and about other countries in the wold? No. But based on this election cycle I was truthfully fascinated reading about her discussing actual global issues and conflicts in a natural, spontaneous, reactionary way. It was much different than the robotic/zombie/run-out-the-clock Hillary we’ve gotten to know on the campaign trail. I liked this Hillary.

“There was also a need to do something because for political reasons, if you were an elected member of Congress and people in your constituency were losing jobs and shutting businesses and everybody in the press is saying it’s all the fault of Wall Street, you can’t sit idly by and do nothing…”

People love to harp on this and tout it as brutally damning evidence that Hillary is a liar. Is crooked. Is a POS. Look, I get how it looks. I see the optics. But come on — of course you have to do some things for political reasons. You’re a fucking politician. This bothers me not one bit. It’s like when her leaked emails showed her saying she believed certain backroom deals and negotiations needed to be kept from the public in order to be most effective. Duh. Keep certain shit from us in order to get shit done. Fine by me.

Obviously not everything they do for “political reasons” and not everything they settle on in “backroom deals” is going to be done perfectly or done right, but nothing is in any business anywhere. Politicians doing things for political reasons and powerful seat-holders doing backroom deals, you know, in back rooms where no one can see or hear them is A-OK by me. Carry on.

Hillary wanted the U.S. to intervene in Syria “covertly,” which is contrary to much of her public claims as a candidate

“We used to be much better at this than we are now. Now, you know, everybody can’t help themselves,” she said. “They have to go out and tell their friendly reporters and somebody else: Look what we’re doing and I want credit for it, and all the rest of it.”

This one annoys me. Donald Trump, in all his glory, has claimed that he won’t reveal his specific plans for crushing ISIS because he believes we’ll be more effective if our enemies do not know our plans for destroying them. A fair point, but he gets criticized for using that as a cop-out for not having an actual plan.

Hillary has attacked Trump on this front many times, as did Lyin’ Ted, Little Marco and Low Energy Jeb. Yet here she is essentially saying the same thing — that we used to be much better when our militaristic strategies were undisclosed. That’s a serious contradiction; we don’t like contradictions, especially when it comes to killing terrorists.

Hillary does not love the media

In the Goldman Sachs transcripts, Clinton laments how “attention deficit disordered political punditry is” and argued that reporters were more focused on the issues during her tenure as Secretary of State.

“Our political press has just been captured by trivia,” she said, according to the documents. ” … And so you don’t want to give them any more time to trivialize the importance of the issues than you have to give them.”

These speeches being conducted in conversational form and how Hillary handled them honestly impresses the shit out of me. Like I mentioned, she’s usually a buttoned-up robot. She usually comes off as the most scripted person in America. In these, she’s responding, conversing, and carrying on about a billion different topics in very a intellectual, knowledgable and informed nature. That’s what makes me like her here. That’s what comes off as different.

I did not expect to read Hillary’s infamous million-dollar Wall Street speeches and improve my opinion of her, but then again I didn’t expect to have the second worst eyes in the office for the last month either. Life is like a box of chocolates. Hillary pleasantly surprised me with these speeches — didn’t expect that, but good on her. I feel slightly less bad about the future of the White House.