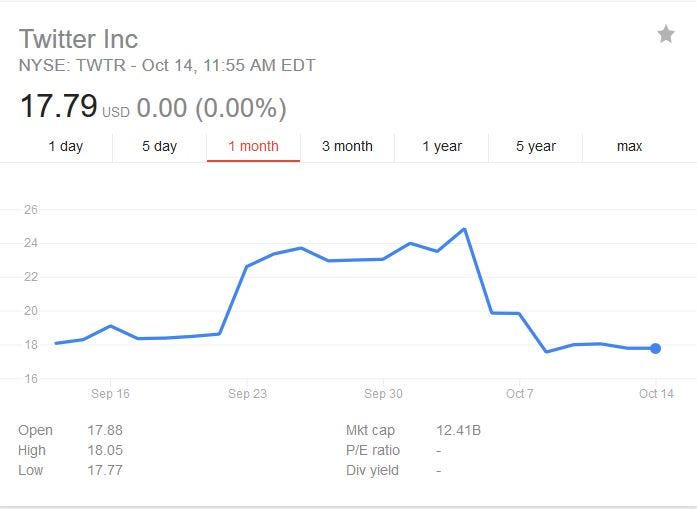 I got to be honest. It’s fucking embarrassing that I’m not getting deluged with comments about what a shrewd business move it was by my brain to sell Twitter at $22.40. I knew Twitter stock was a joke. I knew it wouldn’t stay above 20. I said SELL SELL SELL. Nobody listened. And then when it went up to 25 I got murdered for it. Everybody tweeting at me, emailing me, calling me a moron. I just took it in stride. Confident in my decision making ability. And boom just like I predicted it tanked. It dropped all the way down to 17 bucks. All the companies rumored to buy twitter disappeared into the night. Disney dropped out. Salesforce dropped out. Google dropped out. Analysts across the country talking about how nobody could have predicted it. Nobody except me. Listen this blog isn’t to brag that I’m smarter than Wall Street. It’s just to give a window into life at the top. How people jump on you at the first sign of trouble and then vanish when you’re right. But I’m used to it by now. I don’t care. I know it was a big brained move and that’s good enough for me.